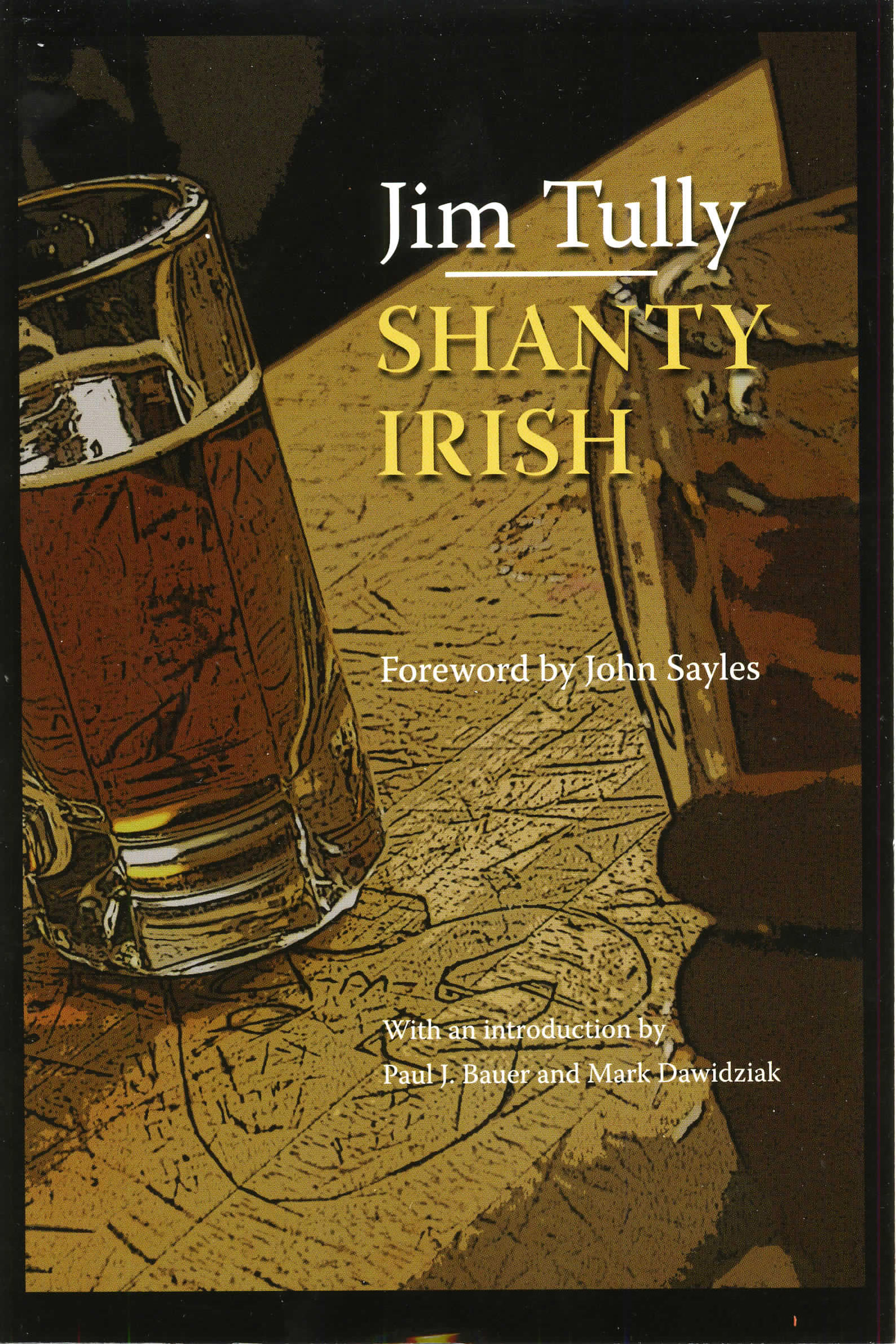 “Shanty Irish is a window, cracked and soiled, into a time and a place and a people before the moving pictures became an American obsession, people who had to create their own dreams, invent their own stories, and find escape from hopeless lives in hard liquor or the cold comfort of a promised Hereafter.”—from the foreword by John Sayles

Following the death of his mother, Tully was sent from his home in St. Marys, Ohio, to an orphanage in Cincinnati. After his time at the orphanage, the young Tully spent six years as a vagabond, riding the rails and working for a small circus. He left the road and settled in Kent, Ohio, in 1907, working odd jobs while focusing on his new interest—writing. After getting a few pieces published in local papers, Tully returned to the road in 1912, eventually settling for good in Hollywood. He worked for Charlie Chaplin and later became one of the first reporters to cover Hollywood. His honest depictions of film stars and directors earned him the reputation as the most feared man in Hollywood. In addition to the celebrity pieces, Tully wrote numerous books, including Shanty Irish (1928).

A hard-edged mixture of hilarious and heartbreaking memories, Tully’s autobiographical Shanty Irish digs deep into the soil of his native Ohio to show what life was like in the late nineteenth century for a poor Irish-American family. Within the covers of this acclaimed work, we meet the author’s father, also named Jim Tully, “a gorilla built” ditchdigger whose stooped shoulders carry “the inherited burdens of a thousand dead Irish peasants.” We meet his mother, Biddy, a “woman of imagination” who “had all the moods of April.” We meet his uncle, ruthless John Lawler, who was tried, convicted, and sentenced to fifteen years in the Ohio penitentiary for stealing horses. And we meet his grandfather, Old Hughie Tully, “born with the gift of words”—“capable of turning death into an Irish wake and pouring liquor down the throat of the corpse.”

Old Hughie, “never without a tale to tell,” emerges as the most vividly drawn character in a book packed with unforgettable characters. Tully’s most deeply personal book, Shanty Irish had a profound impact on readers and other leading American writers of the 1920s. “Shanty Irish is a chunk of real life,” wrote Upton Sinclair. “It made me feel human and humble, which is good for anybody.” H. L. Mencken said, “In Shanty Irish, it seems to me, he has gone far beyond any of his work of the past. The book is not only brilliantly realistic; it also has fine poetic quality.”

Indeed, a book soaked in mud and whiskey, Shanty Irish is at turns brutal, sentimental, ironic, lyrical, humorous, and tragic.

Jim Tully (1886–1947) was born in St. Marys, Ohio. He is the author of numerous novels and is credited with originating the hard-boiled writing style.

Paul J. Bauer is a used and rare book dealer in Kent, Ohio. He is the coauthor of Frazier Robinson’s autobiography, Catching Dreams: My Life in the Negro Baseball Leagues (1999).

Mark Dawidziak has been the television critic at the Cleveland Plain Dealer since 1999. A theater, film, and television reviewer for about thirty years, his many nonfiction books include The Barter Theatre Story: Love Made Visible (1982), The Columbo Phile: A Casebook (1989), Mark My Words: Mark Twain on Writing (1996), The Night Stalker Companion: A 25th Anniversary Tribute (1997), Horton Foote’s The Shape of the River: The Lost Teleplay about Mark Twain (2003), and The Bedside, Bathtub & Armchair Companion to Dracula (2008). He is also a novelist and a playwright.