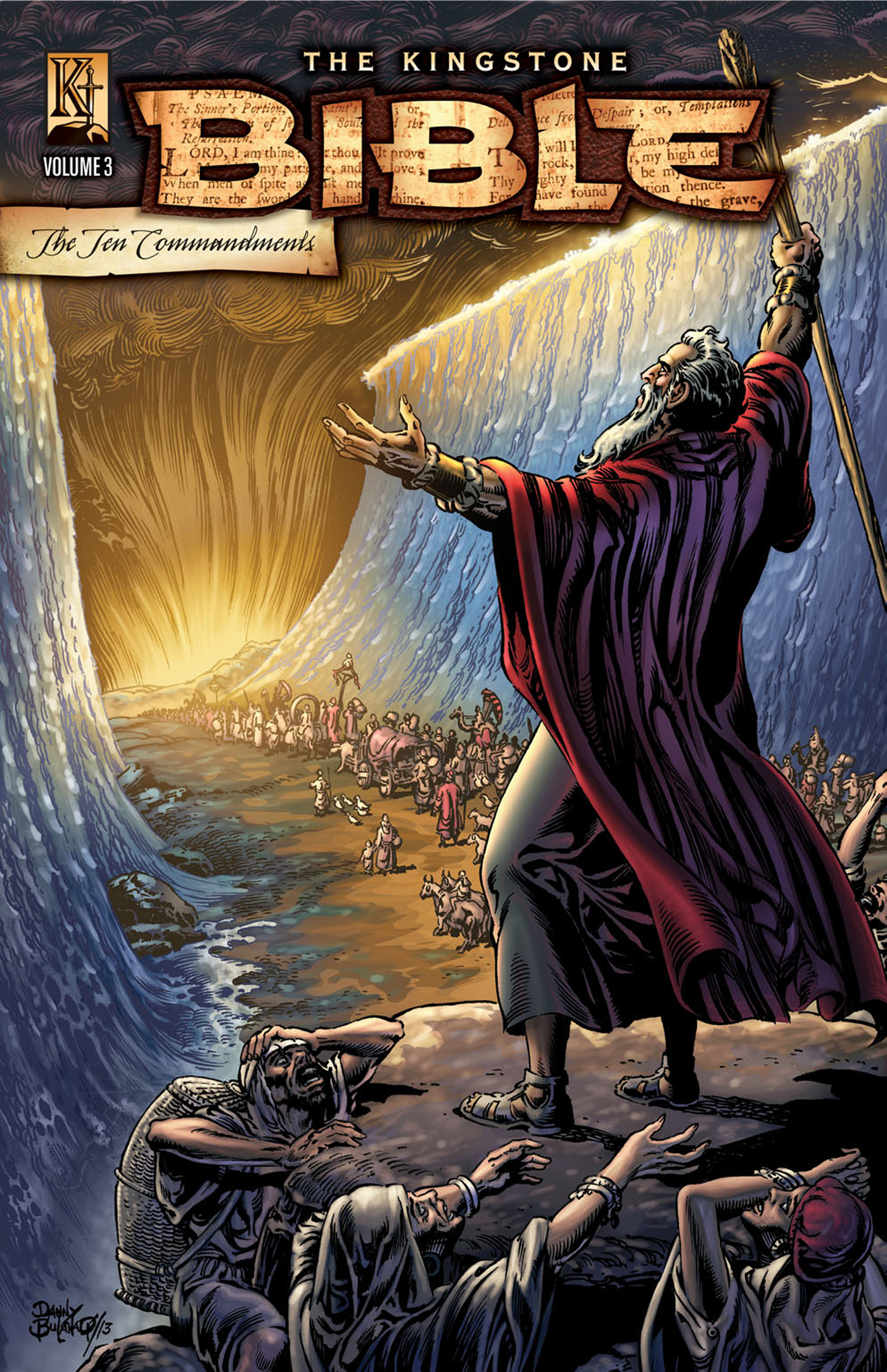 The Kingstone Bible, Volume 3, graphic novel delivers the story of the Ten Commandments. From bitter plagues and hard-won freedom, to a great test of faith at the Red Sea, Moses and the Hebrews begin a journey fraught with rebellion, idolatry, and judgment. Blinded by their own human weaknesses, they wander for generations, lost in the desert, seeking salvation in God’s Promised Land.

Art Ayris is a multiple award-winning writer and producer on whose screenplay this story was based. He currently serves as CEO of Kingstone Media Group, a central Florida-based comics and media company.

Michael Pearl was raised in Memphis, Tennessee by parents who were faithful to point him to God. Mike is a graduate of Crighton College in Memphis. He worked with Memphis Union Mission for 25 years, while he ministered in hospitals and churches to the many military families. God eventually led him into the ministry of writing on child training and family relationships, which they now feel is his life’s work and calling.