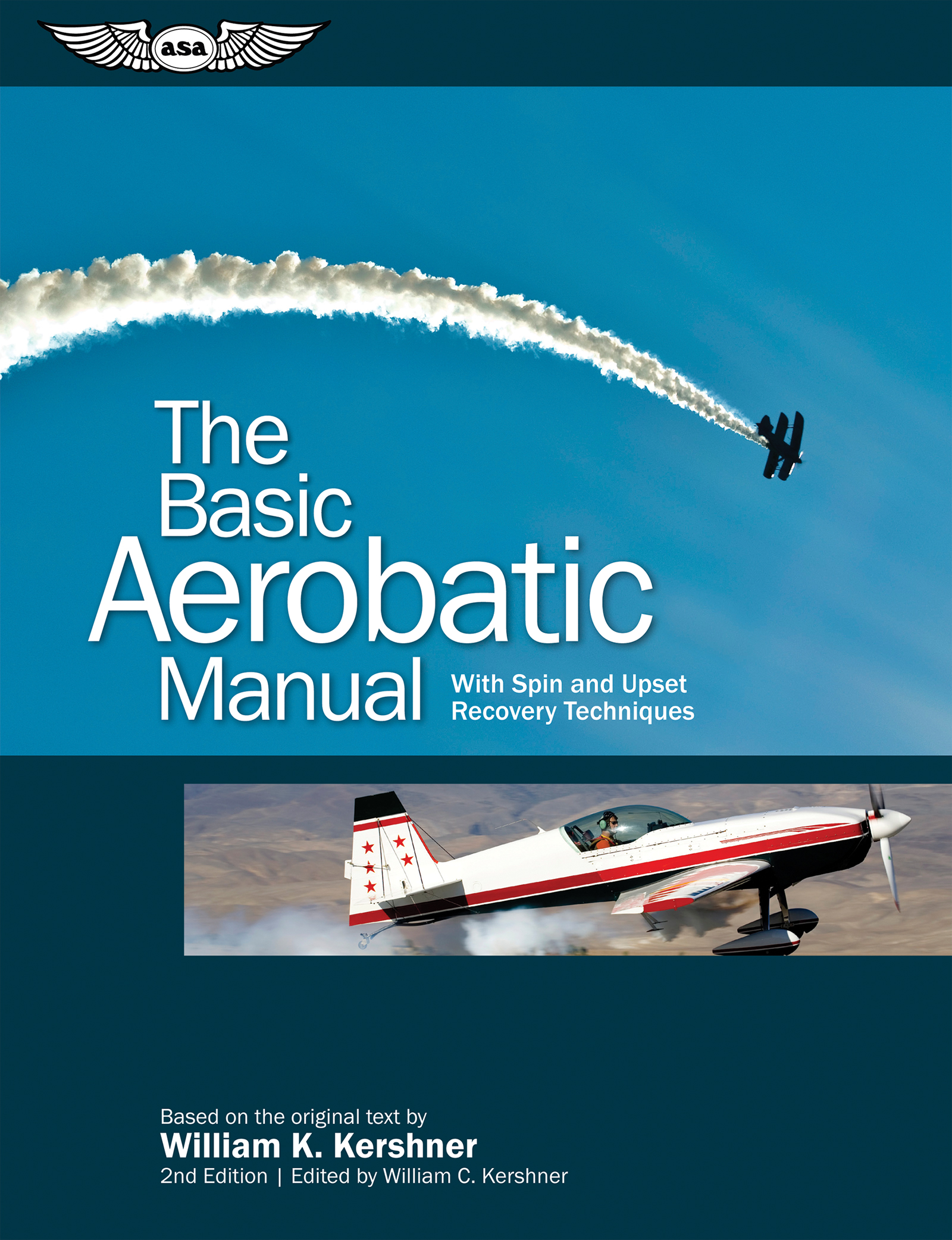 With Spin and Upset Recovery Techniques

In this manual covering basic aerobatics, William K. Kershner introduced maneuvers in order of difficulty, covering a variety of them in his clear, understandable, and humorous style. The Basic Aerobatic Manual is fully illustrated with the author's own drawings and contains a practical syllabus, a detailed bibliography and an index. Though the manual emphasizes airspeeds and techniques recommended for the Cessna Aerobat, the maneuvers described in the book may be performed in other airplanes certified for aerobatics.

This manual explains and illustrates 26 aerobatic maneuvers in a six-lesson supplement to introductory aerobatics instruction. Updated and revised by the author's son, William C. Kershner.

William C. Kershner: William C. Kershner was soloed by his father, W.K. Kershner, and holds Flight Instructor and Airline Transport Pilot certificates and has flown 22 types of airplanes in his over 10,000 hours of flight time ranging from Cessna 150s to Boeing 777s. He now is editor of his father's "Flight Manuals" tex