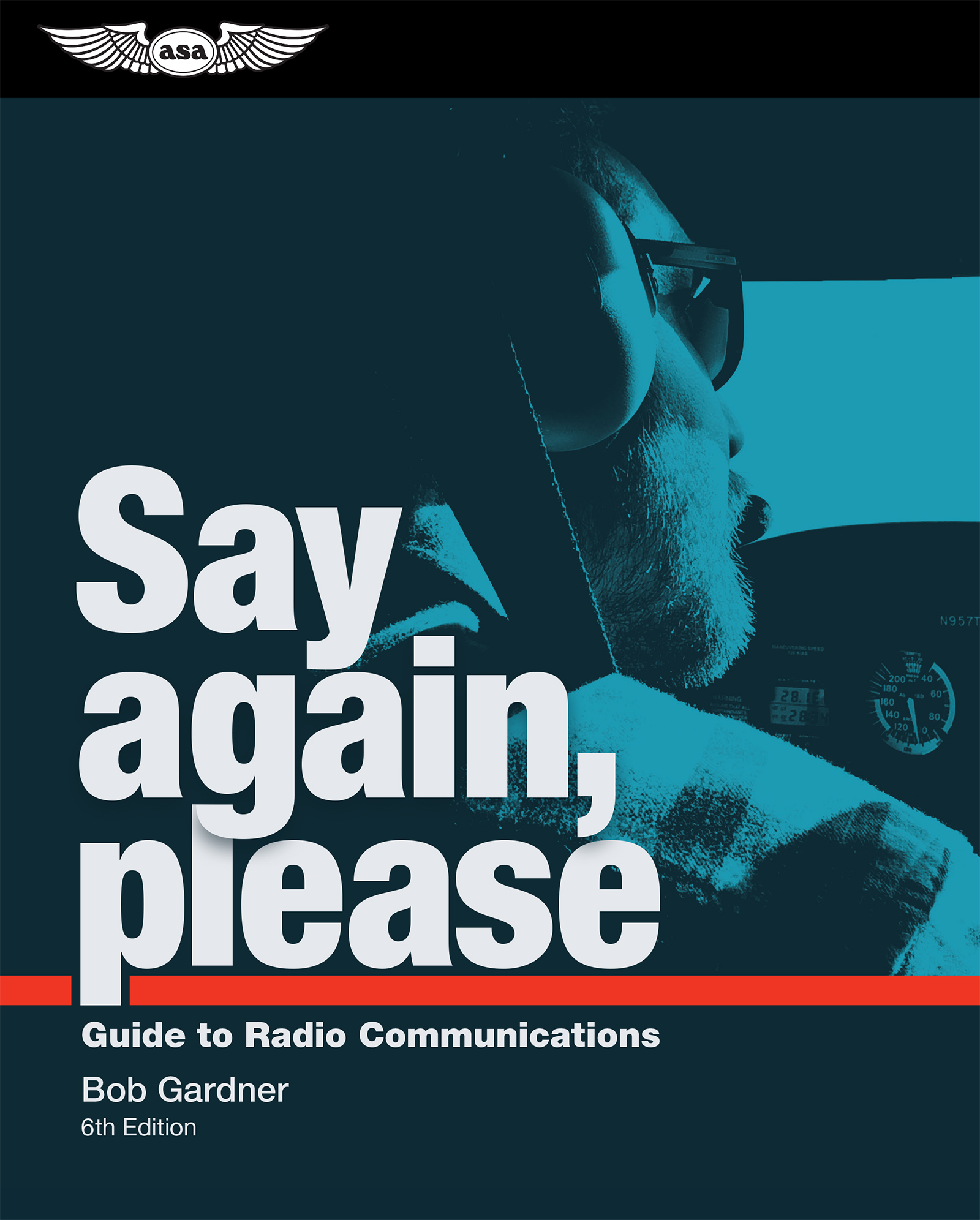 Talking on an aviation radio and understanding air traffic control instructions can be one of the most intimidating aspects of flight training. Bob Gardner's "Say Again, Please" teaches readers what to say, what to expect to hear, and how to interpret and react to clearances and instructions, while detailing the airspace system and explaining how the ATC system works. This new Sixth Edition has been expanded and updated throughout to reflect current FAA rules and operating procedures. The communication requirements for entering, departing, and transiting each class of airspace is explained in detail by following along with the author on "simulated" flights. A full-color sectional excerpt, in an attached fold-out format, is provided for the example flights so readers can review the map while reading the explanation for flying and talking in each area. Readers will learn everything they need to communicate effectively in VFR, IFR, and emergency conditions. The example foldout sectional chart is in full color and is also used for example flights discussed throughout the book. Bob Gardner's conversational-yet-concise writing style in his approach to aviation communications will help increase your comfort level when using an aircraft radio. The book features "talk" examples of typical radio transmissions that explain how the air traffic control system works, as well as present simulated flights that clearly demonstrate correct communication procedures in each class of airspace. This hands-on book covers the following: --The ABCs of communicating --Understanding radio equipment --Communication etiquette and rules --VFR, IFR, and emergency communication procedures --Air traffic control facilities and their functions --Review of airspace definitions --Glossary of pilot/controller communication terms and phrases Let "Say Again, Please" help you learn how to communicate in the air.

Bob Gardner is a long-admired member of the aviation community. He began his flying career as a hobby in Alaska in 1960 while in the U.S. Coast Guard. By 1966, Bob earned his Private land and sea, Commercial, Instrument, Instructor, CFII, and MEL. Over the next 16 years he was an instructor, charter pilot, corporate and freight Captain, and Director of ASA Ground Schools.