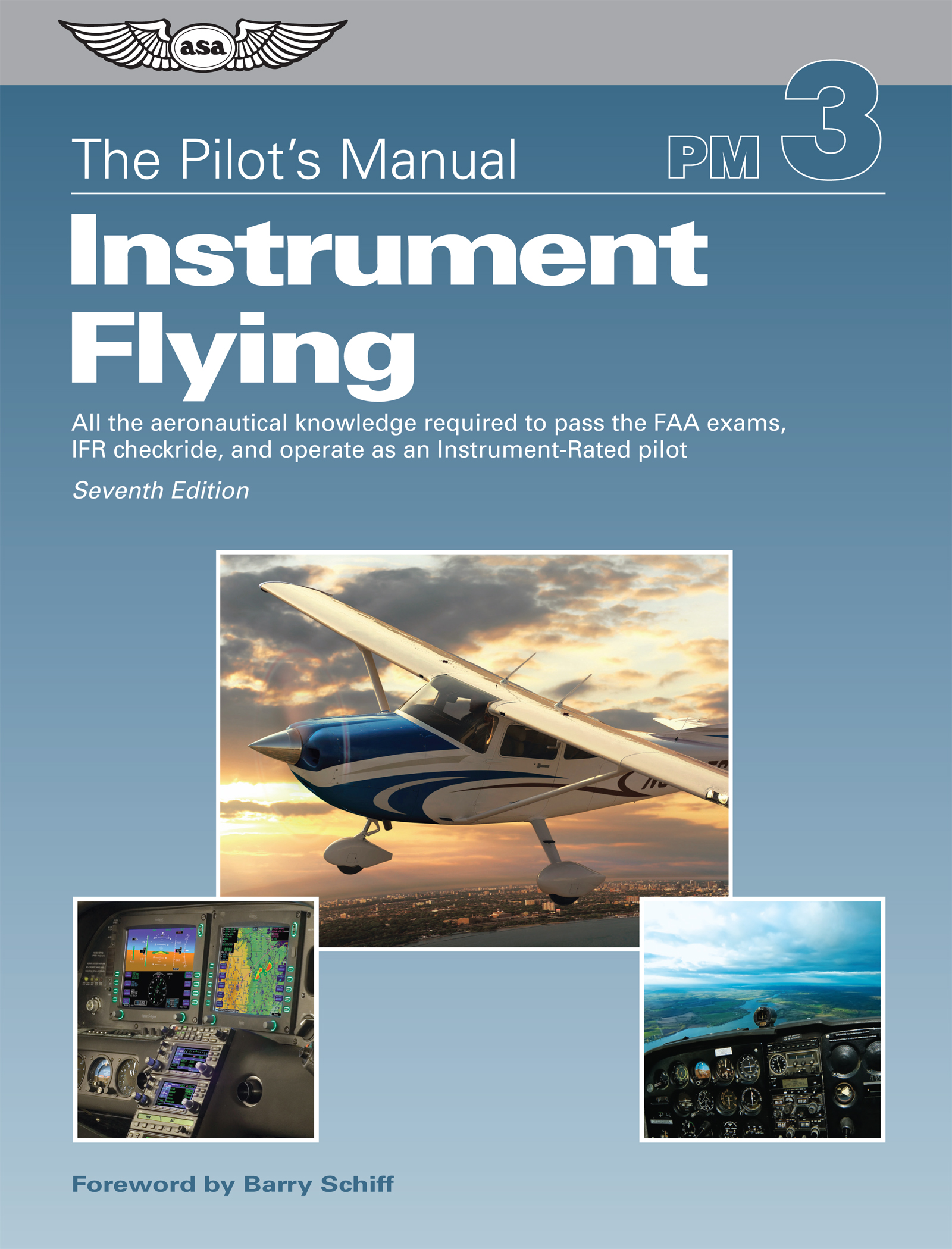 Whether you fly for pleasure, business, or are seeking a career in aviation, the Instrument Rating is your ticket into the full spectrum of the airspace system and the key to maximizing the functionality of your pilot certificate.

The Pilot's Manual: Instrument Flying provides everything you need to know to safely fly under Instrument Flight Rules (IFR) and in Instrument Meteorological Conditions (IMC) — all the aeronautical knowledge and skill, from basic attitude flying to navigation and meteorology, to the actual IFR maneuvers flown in the air. You will master the preflight preparations required for instrument flight before learning IFR departure, en route, terminal and approach procedures. Both conventional "steam gauge" and glass cockpit instruments are covered. Hundreds of full-color illustrations simplify even those procedures perceived to be complicated: holding patterns, intercepting and tracking, flying an approach with crosswinds.

Thorough review sections at the end of each chapter hone your knowledge. Helpful notes in the margins provide quick definitions of terms, further emphasis on key points, or explanation of mnemonic devices. All of the tasks from the FAA's Practical Test and Airmen Certification Standards are covered in this textbook, giving instrument students a solid foundation for the instrument rating. Tips that could only be gleaned from experts make it an invaluable reference book for the instrument-rated pilot as well. Detailed prose and illustrations prepare you for your oral and flight tests with confidence.

The success of "The Pilot's Manual" textbook series lies in its remarkable editorial team, which includes airline, military and professional pilots, flight instructors, university professors, FAA representatives, meteorologists, members of industry organizations, and designated examiners. The writing is clear, concise, and provides comprehensive information on the practical aspects of flying. Each book has more than 500 pages and at least as many original illustrations and charts. All air work is depicted graphically as well as textually for maximum comprehension. This is the textbook series chosen by universities and colleges.