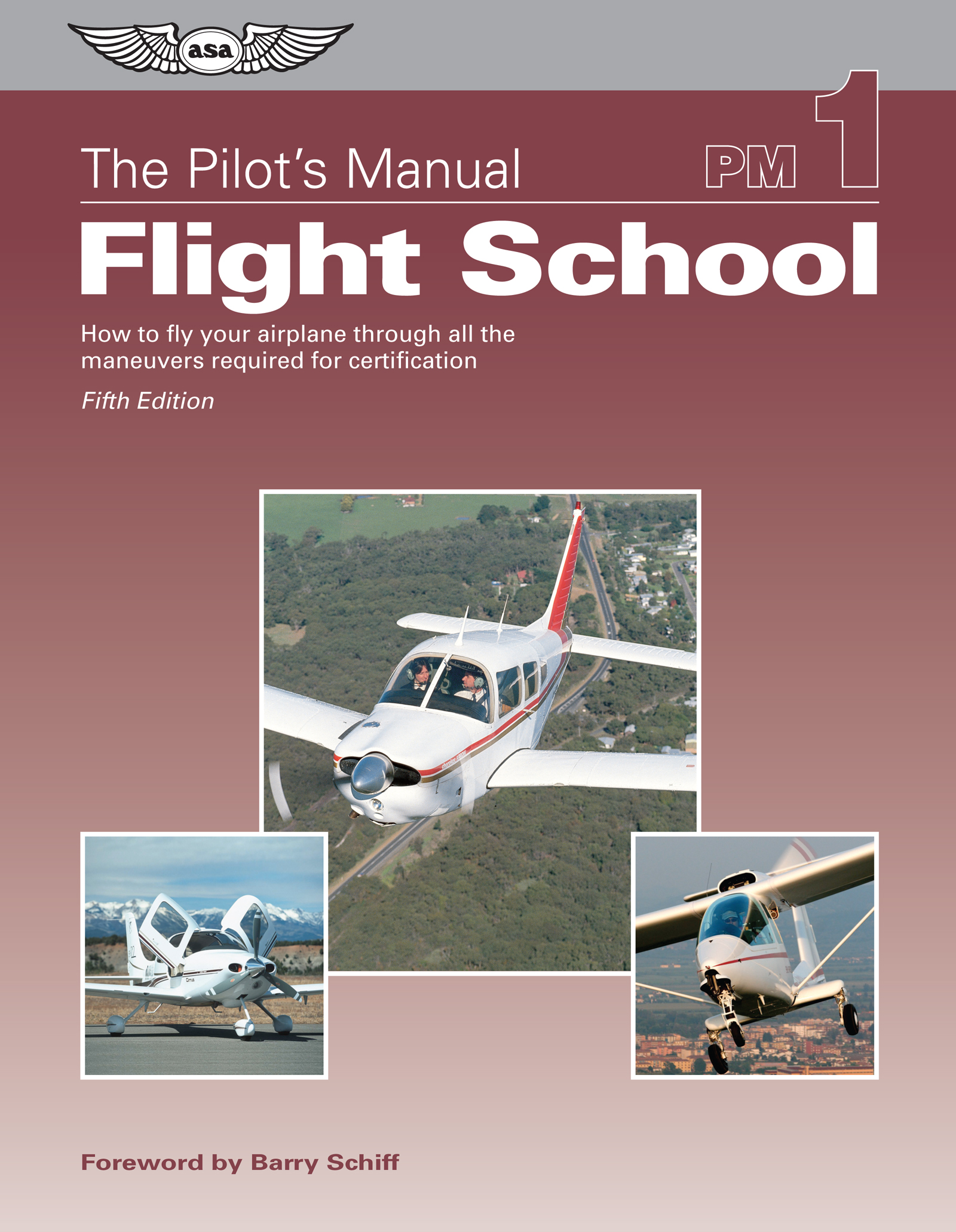 Time is money in an airplane and with an instructor. Effective for both preflight learning and post-flight briefings, Flight School will benefit flight instructors with better-prepared students, and students will benefit from more progress in their flight training.

The Pilot’s Manual: Flight School covers all the tasks for the FAA Practical Exam for the Private and Commercial certificates. With text supported by more than 500 full-color illustrations and photographs, students gain both a theoretical and operational understanding of the tasks. In addition to covering all the maneuvers required for the checkride, this textbook also prepares readers for the student pilot milestones: first solo, cross-country flying, instrument flight, and night flying.

The appendix provides a comprehensive airplane checkout review, which readers can use to prepare for transitioning to a new airplane type, insurance applications, or the Flight Review. This book makes it easy for students to learn the maneuvers before taking to the air, so their time spent in the airplane with an instructor is dedicated to practice.