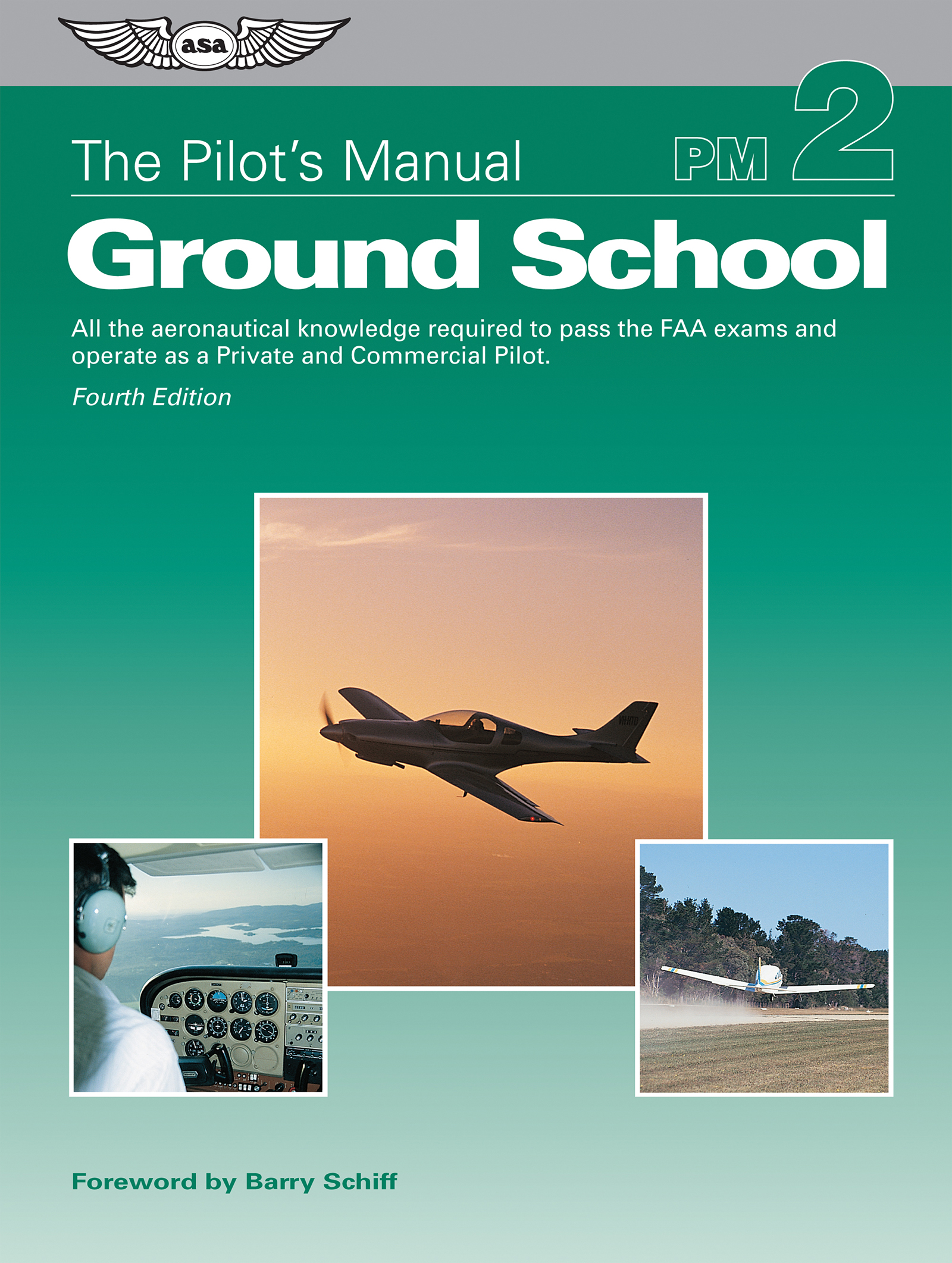 You couldn't ask for a more complete textbook on how to operate general aviation airplanes in the United States. The Pilot's Manual: Ground School walks students through all the knowledge needed to pass both the Private and Commercial FAA Knowledge Exams. The Fourth Edition has been updated to reflect current rules, procedures, and the FAA's areas of emphasis including aeronautical decision making, runway incursion avoidance rules, risk management, drone operations, and the FAA's new Airman Certification Standards.

The information is organized into easy-to-digest chapters, and the text is supported with more than 500 full-color illustrations and photographs. All the knowledge requirements are covered, including aerodynamics, airplane performance, physiological factors affecting the pilot, weather, regulations, charts and airspace, airport operations, navigation, flight planning, and more. Helpful marginal notes are provided for quick definitions of terms, further emphasis on key points, and mnemonic devices that can be of tremendous benefit to study. Each chapter closes with review questions highlighting the important facts.

Written by a remarkable editorial team consisting of civilian, airline, and military pilots, flight instructors, professors, FAA representatives, and industry leaders, this is the textbook trusted by leading universities worldwide. The logical organization makes it equally effective as a home-study text. Includes a Foreword by Barry Schiff. Full-color illustrations, glossary and index.