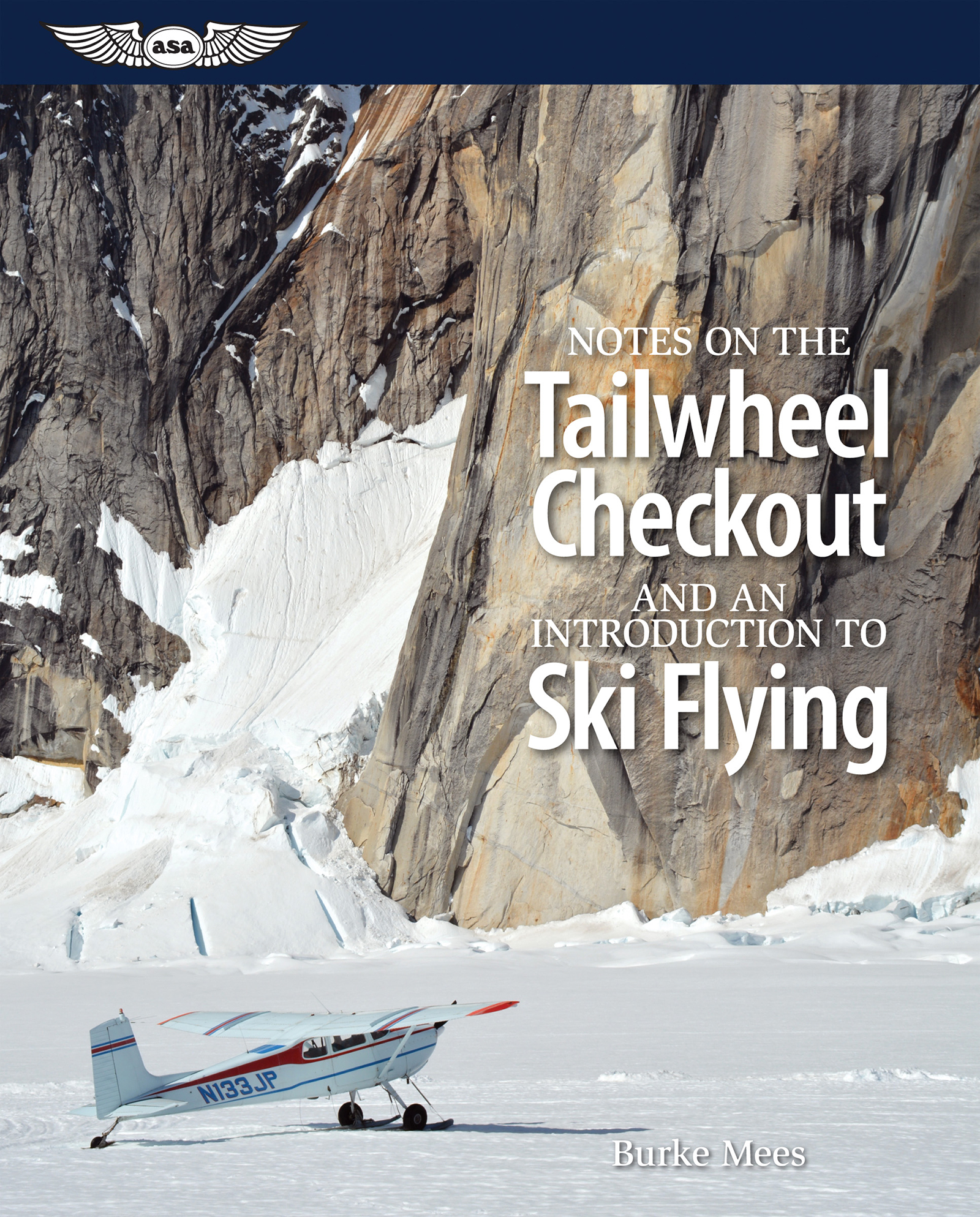 Notes on the Tailwheel Checkout and an Introduction to Ski Flying

In the northern latitudes, many pilots fly a tailwheel in the summer and then put the same airplane on skis in the winter… an initial tailwheel checkout is often followed up with a ski checkout. Author Burke Mees keeps to that sequence of events in this book, which covers the basics for both checkouts along with valuable commentary on the finer points.

Notes on the Tailwheel Checkout and an Introduction to Ski Flying is meant to be useful not only to beginners first making their transitions, but also to provide relevant observations to the pilot or instructor already flying these kinds of airplanes. The author's clear explanations have proven effective with students and are distilled from two decades of experience in flying and flight instructing in tailwheel airplanes and skiplanes.

In addition to an orderly presentation of all the basic topics required to develop tailwheel/ski competence, Mees also covers advanced topics such as flying multi-engine tailwheel airplanes and ski-flying on glaciers. But rather than simply explain the list of topics, this book anticipates and preemptively addresses questions and difficulties experienced by the average student. Here readers will find insights about the learning process that will help prepare for flight training.

Burke Mees was born in Saint Louis, Missouri, but has spent most of his career flying commercially in Alaska. In 1994 he took a summer job over the phone flying seaplanes in Juneau and never managed to leave. He went on to fly in the Aleutian Islands and later moved to the Anchorage area. Burke's first experience flying tailwheel airplanes was as a young flight instructor -- he got a checkout in a 1946 Aeronca Champ for the express purpose of teaching a 69-year-old woman to fly it. All three survived that project and he has been flying tailwheel airplanes ever since. In Anchorage, Burke started flying skis both privately and for hire, which has included flying reporters along the Iditarod trail, providing instruction for ski checkouts and flying on the local mountain glaciers. Burke says that for him, flying has always been a matter of honest work, but it is also something enjoyed. He looks at it as an art that can continually be refined, and flight instructing has always been a way to do that. He says that, "There's no better way to explore a topic in aviation than to organize your thoughts and teach it to someone else." Currently his day job is flying as a 737 Captain in Alaska, but he still keeps his CFI current and does some instructing on the side.