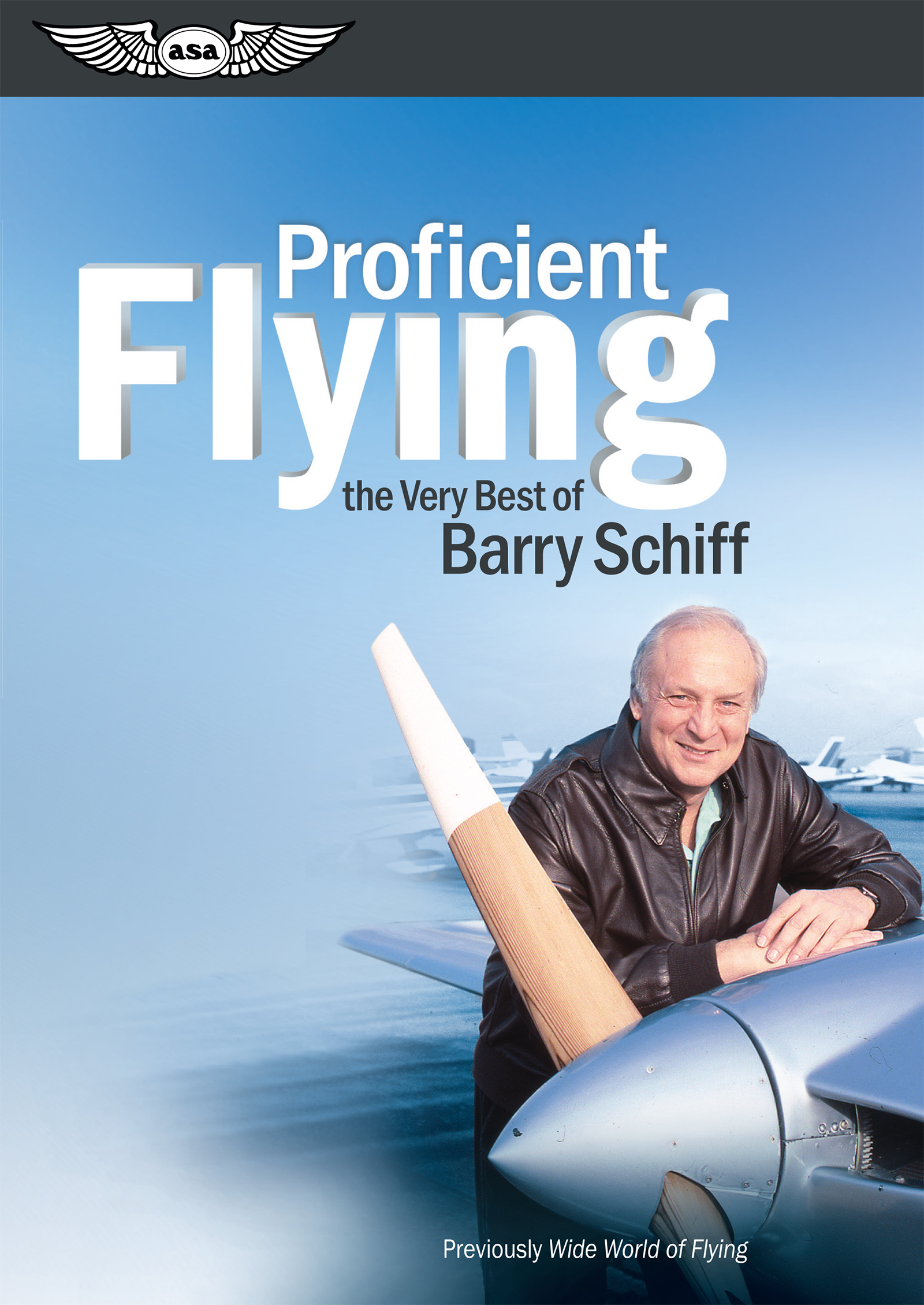 Barry Schiff needs no introduction. He's known throughout the industry as a consummate aviator, author and educator with a passion for General Aviation like few others. His seemingly boundless experience and knowledge are surpassed only by his warm, rich writing style and unforgettable presentation techniques.

In Proficient Flying, Schiff uses these educational skills to help pilots visualize techniques and procedures that can make them safer pilots. He brings critical subjects to life in this DVD series with more than 4 hours of instruction. Schiff's knack for guiding pilots through intricate aspects of flying makes these lessons invaluable and memorable, giving viewers true insight and understanding of the subjects presented.

Barry Schiff: Barry Schiff, with more than 26,000 hours in almost 300 types of aircraft, has received worldwide recognition for his wide-ranging accomplishments. A rated Airline Transport Pilot at 21, he has earned every FAA category and class rating (except airship) and every possible instructor's rating. During his 34-year career with Trans World Airlines he flew everything from the Lockheed Constellation to the Boeing 747 and was a check captain on the Boeing 767. Captain Schiff holds five world speed records (one wrested from the Soviet Union) and has received numerous honors for his many contributions to aviation safety. These include a Congressional Commendation, the Louis Bleriot Air Medal (France), Switzerland's Gold Proficiency Medal, an honorary doctorate in aeronautical science from Embry-Riddle Aeronautical University, and AOPA's L.P. Sharples Perpetual Award.

An award-winning journalist and author, he is well known to flying audiences for his numerous books and almost 900 articles published in some 90 aviation periodicals, notably AOPA Pilot, of which he is a contributing editor. Many of his articles discuss personally developed concepts, procedures and techniques that have received international acclaim. Schiff also developed and worked to have adopted the concept of providing general aviation pilots with safe VFR routes through high-density airspace.

These credentials have not diminished his passion for flying light planes, which he has used to span oceans and continents. He continues to investigate and report to the aviation community various aspects of proficiency and safety, and remains a vigorous and outspoken advocate for general aviation.