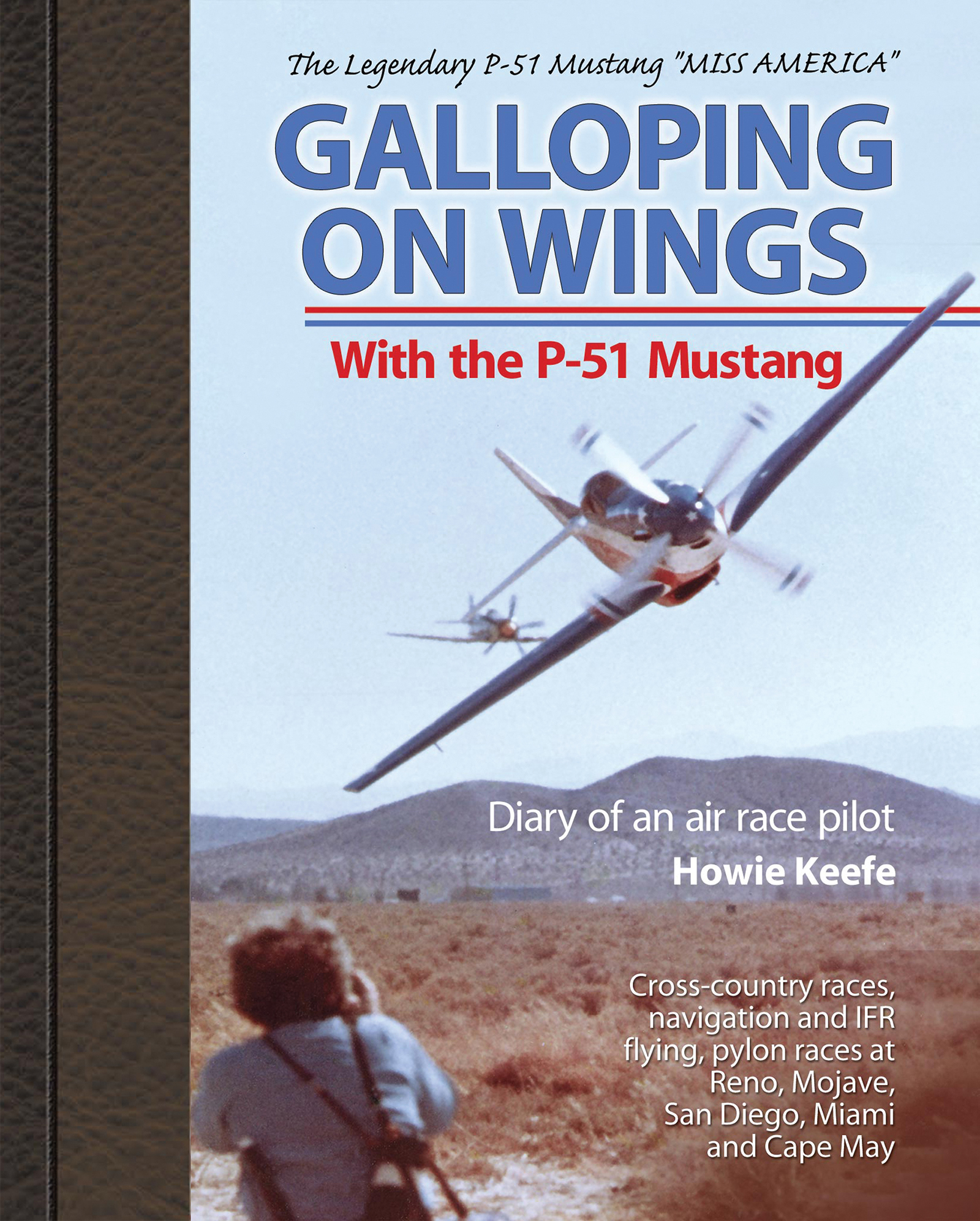 Galloping on Wings With The P-51 Mustang

Diary of an air race pilot

Howie Keefe takes you behind the scenes to get a personal glimpse into the amazing and precarious world of air racing. The author's thrill-a-minute account is an inspiring chronicle of his many fascinating adventures from a lifetime of aviation exploits. Ride along at over 400 mph as he describes remarkable events from his early days of training to setting records and winning trophy after trophy in numerous Unlimited Class Air Races at Reno, Cape May, Miami, and more.

Howie Keefe started his flying career in 1941 flying a Piper J-3 Cub on skis while in the Civilian Pilot Training (CPT) program. After the Navy gave him a pair of gold wings, and retiring from military service in 1950, Howie found a surplus North American P-51, and highly modified it — then flew it to victory at the air races under the name "Miss America." The airplane became an icon within racing circles and is still racing today. Galloping on Wings is the story of this distinguished aircraft and the man who flew her through both trying times and victory.

Many World War II historians feel the Army Air Corps' North American P-51 Mustang was the vehicle that truly ended the war in 1945. The designers of this famed aircraft manufactured a fast, maneuverable single-engine fighter that to this day is still considered one of the most beautiful examples of the culmination of aviation art and science in the world. The legendary P-51 has acquired an almost mythical quality and remains one of the most recognizable and revered aircraft of all time.