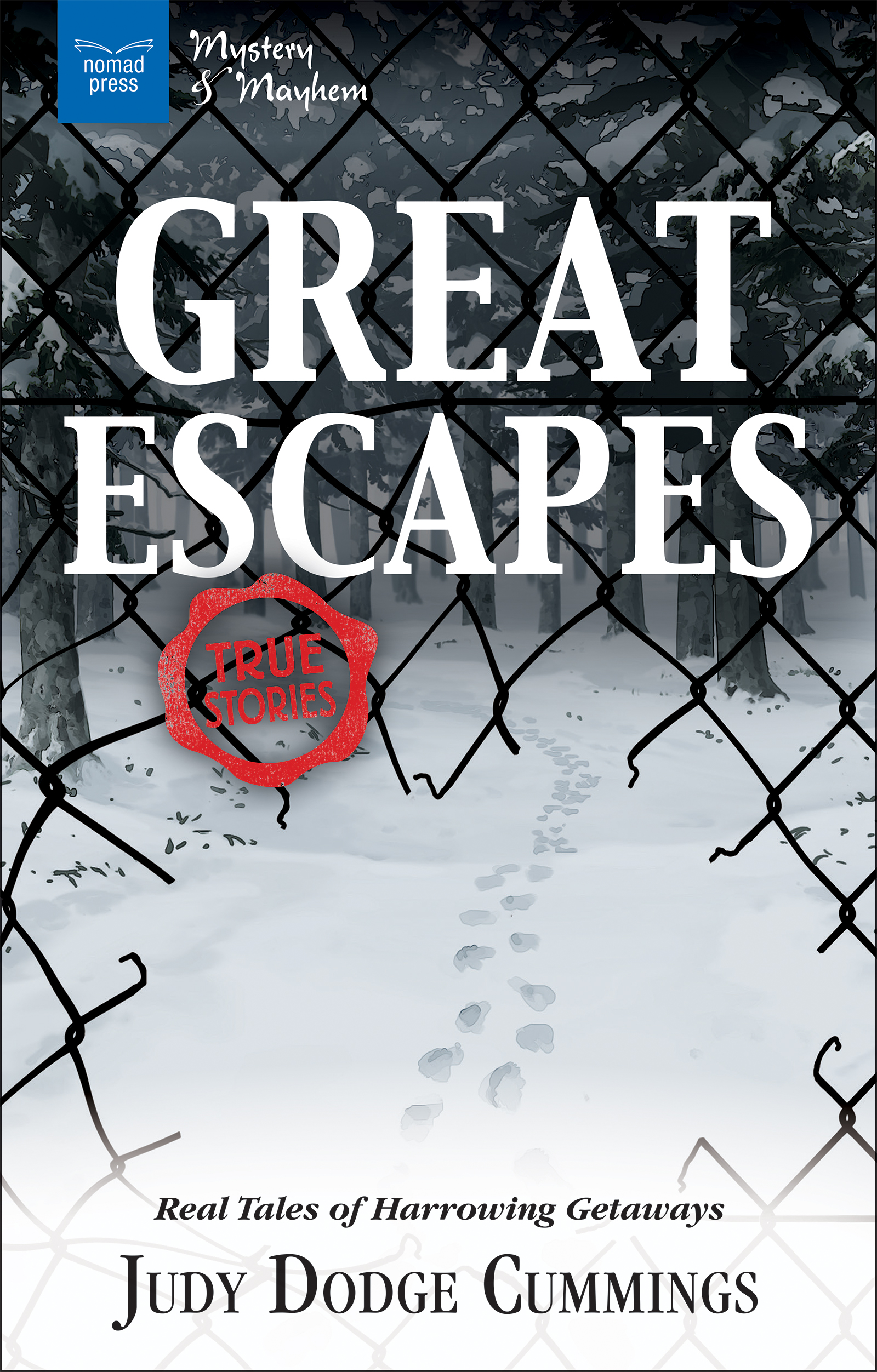 Sometimes, an intolerable situation calls for a drastic measure—fleeing for freedom. Whether you’re a slave seeking freedom in the North or a convict swimming for your life in a shark-infested canal, the urge to be free drives your every move. In Great Escapes: Real Tales of Harrowing Getaways, readers ages 9 to 12 meet five ingenious fugitives and freedom seekers who all shared one common goal: escape. The human spirit craves freedom, and when liberty is taken away, people go to great lengths to get it back. Great Escapes: Real Tales of Harrowing Getaways tells the histories of five ingenious departures, including the one perpetuated by William and Ellen Craft, who donned disguises and made a 1,000-mile run for freedom. Another man, Douglas Mawson, battled a power greater than any human villain, when in 1913, Mother Nature trapped Mawson in her icy Antarctic jaws. Alone and dangling over a bottomless crevasse by a fraying rope, the only escape tools Mawson had were his strength and determination. In 1943, Nazi guards packed hundreds of Belgian Jews into train cars and headed for the concentration camp at Auschwitz. Twelve-year-old Simon Gronowski was among these deportees, and he was determined to find a way off the moving train before it reached its ghastly destination. Alcatraz was a rocky fortress designed to hold federal prisoners until the end of their sentence or death, whichever came first. Prison officials claimed the Rock was inescapable. But in 1962, three inmates vanished, never to be seen again. No less amazing is the escape of 57 East Germans from communist-controlled East Germany during the Cold War, through a tunnel under the Berlin Wall. History is ripe with examples of people desperate to escape the traps in which they are snared. Get an up-close look at the guts, skill, determination, and luck of remarkable escape artists in Great Escapes: Real Stories of Harrowing Getaways. This is the sixth book in a series called Mystery & Mayhem, which features true tales that whet kids’ appetites for history by engaging them in genres with proven track records—mystery and adventure. History is made of near misses, unexplained disappearances, unsolved mysteries, and bizarre events that are almost too weird to be true—almost! The Mystery and Mayhem series delves into these tidbits of history to provide kids with a jumping off point into a lifelong habit of appreciating history. Each of the five true tales told within Great Escapes are paired with further fun facts about the setting, industry, and time period. A glossary and resources page provide the opportunity to practice using essential academic tools. These nonfiction narratives use clear, concise language with compelling plots that both avid and reluctant readers will be drawn to.

Judy Dodge Cummings is a writer and former history teacher from Reedsburg, Wisconsin. She has a MFA in Creative Writing for Children and Teens from Hamline University. She has written several books for the educational market. Some of her titles include The Underground Railroad: Navigate the Journey from Slavery to Freedom (Nomad Press, March 14, 2017); Civil War Leaders (Essential Library, August 15, 2016); The Emancipation Proclamation (Essential Library, August 15, 2016); and The American Revolution: Experience the Battle for Independence (Nomad Press, March 2015).