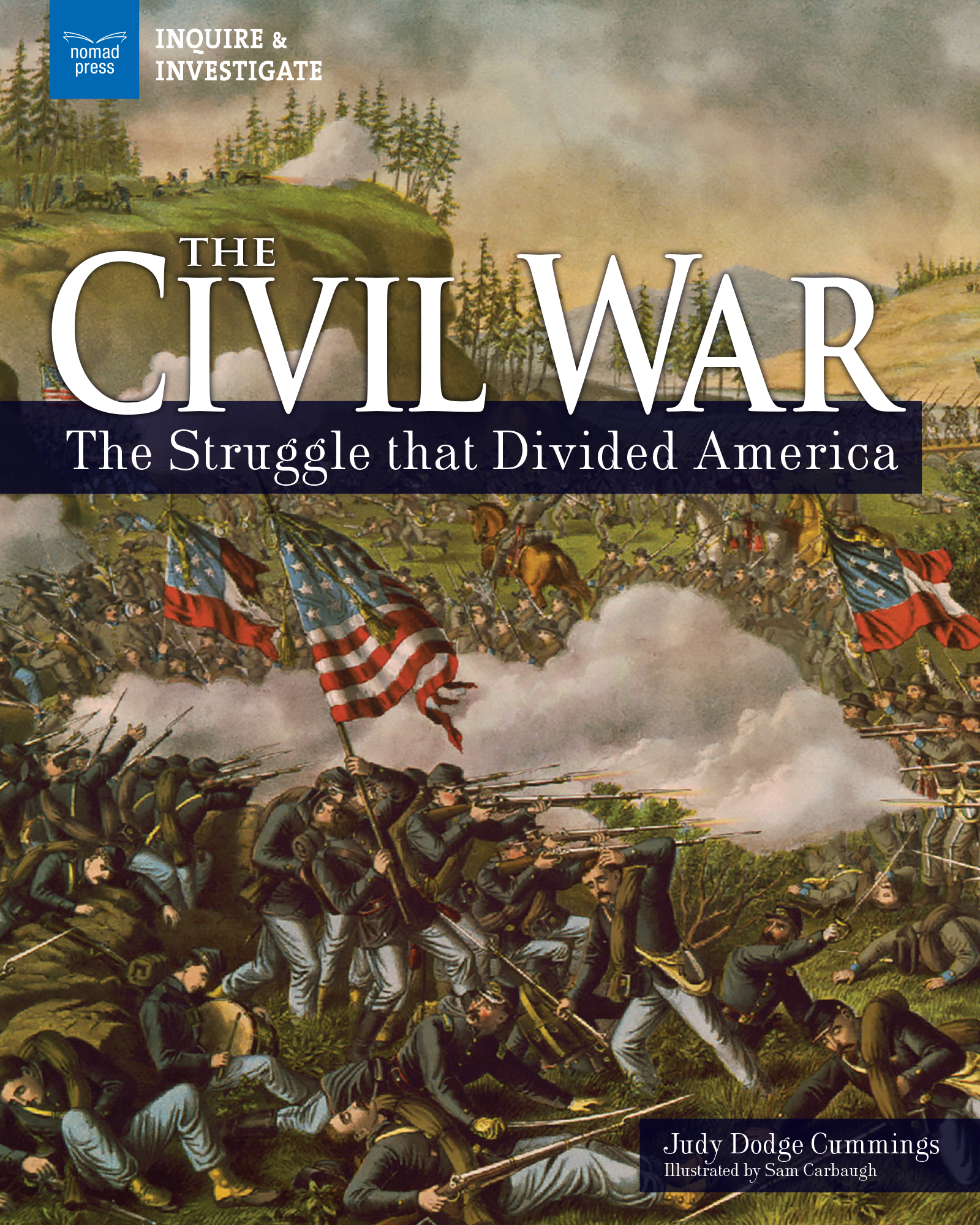 The Struggle that Divided America

Slavery or freedom? The question of whether to make the United States a slave country or to make all people free was the question that pitted the states against each other in a brutal battle.

In The Civil War: The Struggle that Divided America, readers ages 12-15 explore this conflict through the eyes and ears of the men and women who were touched by the clash that left more than 700,000 soldiers dead. Following the American Revolution, slavery was enshrined in the U.S. Constitution. However, the United States still wrestled with whether it would be a country of slavery or grant freedom for all. The southern states relied on slavery’s economic role, while the northern states, though also beneficiaries of the benefits of slavery, were closer to deciding that the institution should be outlawed. The rapid territorial expansion of the United States in the first half of the nineteenth century created a series of crises that upset the delicate balance of power between free and slave states, ultimately sparking the Civil War.

President Lincoln issued the Emancipation Proclamation in 1862, sounding the death knell of slavery. This act permitted African-Americans to join the fight and enslaved people fled to Northern lines. The Confederacy lost slave labor, one of its greatest war weapons. The Union implemented a strategy of total war, which achieved victory, but only after shocking carnage. The Confederate army surrendered on April 9, 1865, but celebrations in the north were short-lived. A week later, President Lincoln was assassinated.

The legacies of the Civil War are far reaching and include the abolition of slavery and the endurance of a unified nation. In The Civil War: The Struggle that Divided America, readers follow in the footsteps of two young men, Elisha Hunt Rhodes and Sam Watkins. From opposite sides, these men fought for similar reasons?adventure, country, and freedom. Readers become myth busters as they examine primary source documents to prove slavery’s role in causing the war and experience the life of a soldier as they evaluate patriotic music, design models of battlefield fortifications, and explore camp life. Other activities include calculating the mathematics of death and examining the role women played in providing medical care and on the home front.

The Civil War was the central crisis in American history. The issues at the heart of the conflict?race, freedom, and citizenship?still resonate today.

Judy Dodge Cummings is a writer and former history teacher from Reedsburg, Wisconsin. She has a MFA in Creative Writing for Children and Teens from Hamline University. She has written several books for the educational market. Some of her titles include The Underground Railroad: Navigate the Journey from Slavery to Freedom (Nomad Press, March 14, 2017); Civil War Leaders (Essential Library, August 15, 2016); The Emancipation Proclamation (Essential Library, August 15, 2016); and The American Revolution: Experience the Battle for Independence (Nomad Press, March 2015). Sam Carbaugh has illustrated several books for Nomad Press, including Forensics: Uncover the Science and Technology of Crime Scene Investigation and Shakespeare: Investigate the Bard's Influence on Today's World, and he wrote and illustrated Comics: Investigate the History and Technology of American Cartooning. Sam lives in Grand Rapids, Michigan.