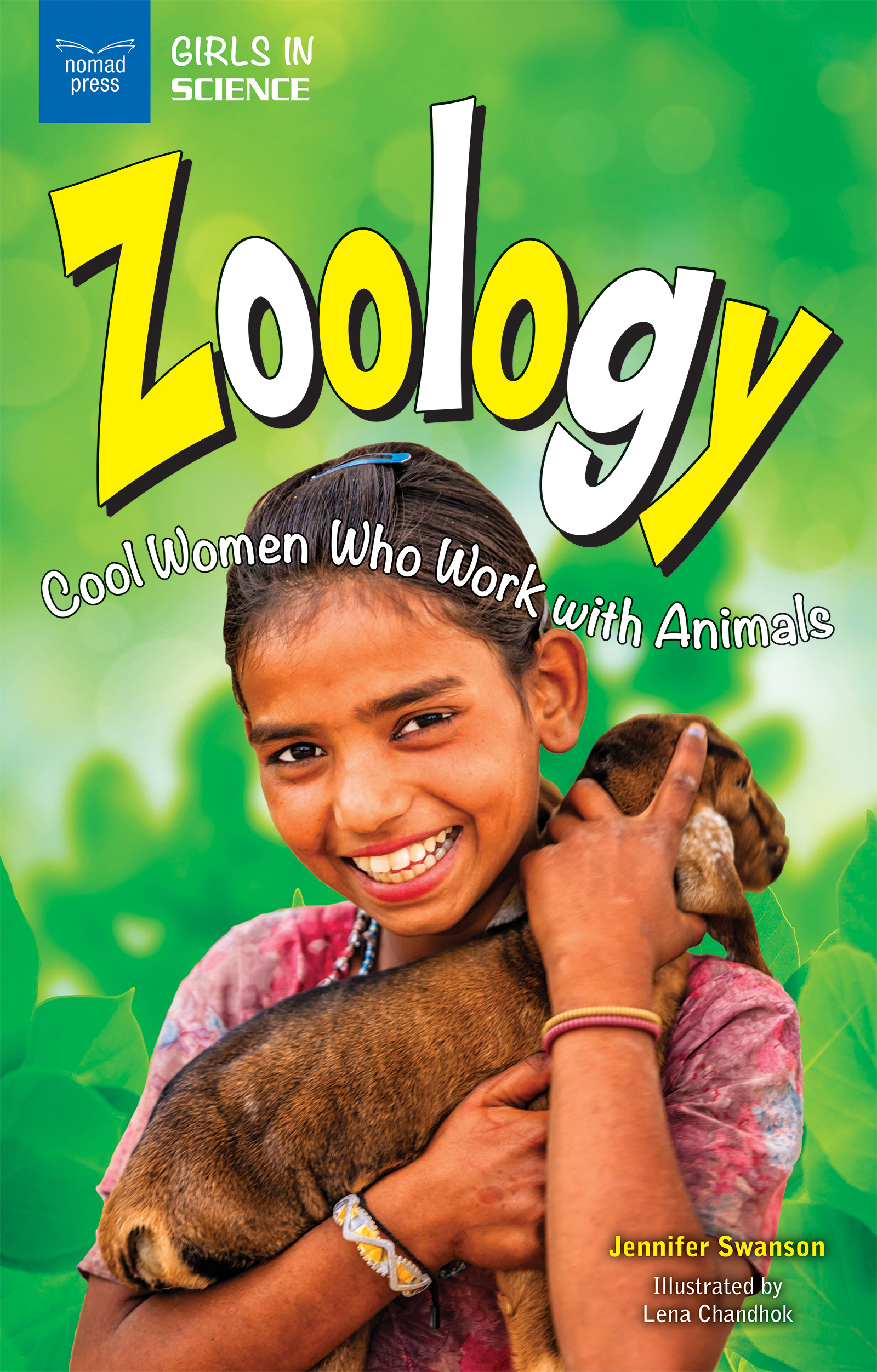 Cool Women Who Work With Animals

Love to work with animals? Want to study them in the wild? Wish you could become a zookeeper? Become a zoologist! Zoology is the study of everything having to do with animals, including how and why they look, act, and behave in their environments and with other animals. As a zoologist, you might go on an expedition to Africa to study how elephants solve problems. You could take care of tigers at a zoo. You might even study how climate change can affect underwater creatures.

In Zoology: Cool Women Who Work With Animals, readers ages 9 to 12 are inspired by stories of women who have made great strides in a field that requires commitment, courage, and creativity to pursue. Many of you have heard of the famous zoologists Charles Darwin, Jack Hanna, and Steve Irwin, but do you know Terri Irwin, Dian Fossey, and Rachel Carson? For many decades, female zoologists have been defining the field by advancing the global environmental movement while researching and advocating for all species of animals. Zoology: Cool Women Who Work With Animals introduces readers to three women in the field of zoology who are making an impact and inspiring the next generation of zoologists. Stephanie Kim is a graduate student in Canada studying different species of birds. Elise Newman works as a zookeeper at the San Diego Zoo Safari Park. Dr. Erin Seney is a sea turtle researcher with the University of Central Florida.
Nomad Press books in the Girls in Science series supply a bridge between girls’ interests and their potential futures by investigating science careers and introducing women who have succeeded in science. Compelling stories of real-life zoologists provide readers with role models that they can look toward as examples of success. Zoology: Cool Women Who Work With Animals uses primary sources, essential questions, and knowledge connections to encourage both boys and girls to explore the animal world while being inspired to ask what role they might play in the field of zoology.

Jennifer Swanson is an award-winning author of more than 20 nonfiction and fiction books for children, including Explore Forces and Motion for Nomad Press. Jennifer has a B.S. in chemistry from the U.S. Naval Academy and her M.S. Ed. (K-8) in science from Walden University. She lives in Jacksonville, Florida.

Lena H. Chandhok earned her degree from the Center for Cartoon Studies in 2011. She illustrated Engineering: Cool Women Who Design and Astronomy: Cool Women in Space for Nomad Press. Lena lives in Brooklyn, New York.