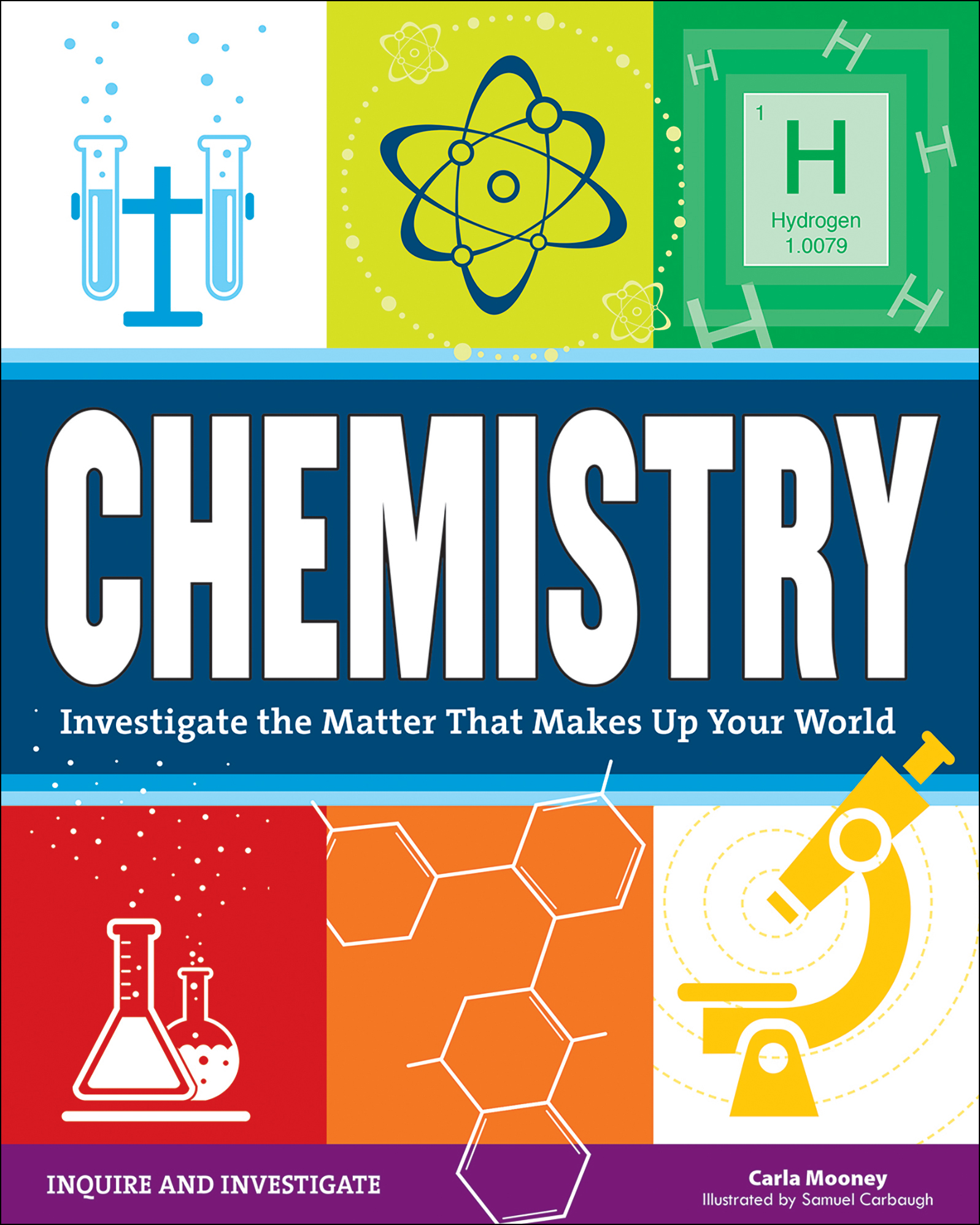 Investigate the Matter that Makes Up Your World

Have you ever wondered what makes up everything in the world around you? Or what exactly is the difference between solids, liquids, and gases? Have you wanted to know what causes two substances to react or change?

Chemistry: Investigate the Matter that Makes Up Your World introduces readers 12 through 15 to the fascinating world of protons, neutrons, and electrons. Learn how these molecules combine to form ordinary objects such as the chair you're sitting on, the water in your glass, even you! Through hands-on, investigative projects, readers delve into the world of chemical reactions and changing matter, learning how these principles are used in many areas of science, from biochemistry to nuclear science.

Combining hands-on science inquiry with chemistry, mathematics, and biology, projects include building models of molecules and bonds, identifying acids and bases, investigating the effect of temperature on reaction rate, and observing how a chemical reaction from vinegar, water, and bleach can accelerate the rusting of steel. Chemistry offers entertaining illustrations and fascinating sidebars to illuminate the topic and engage readers further, plus integrates a digital learning component by providing links to primary sources, videos, and other relevant websites.