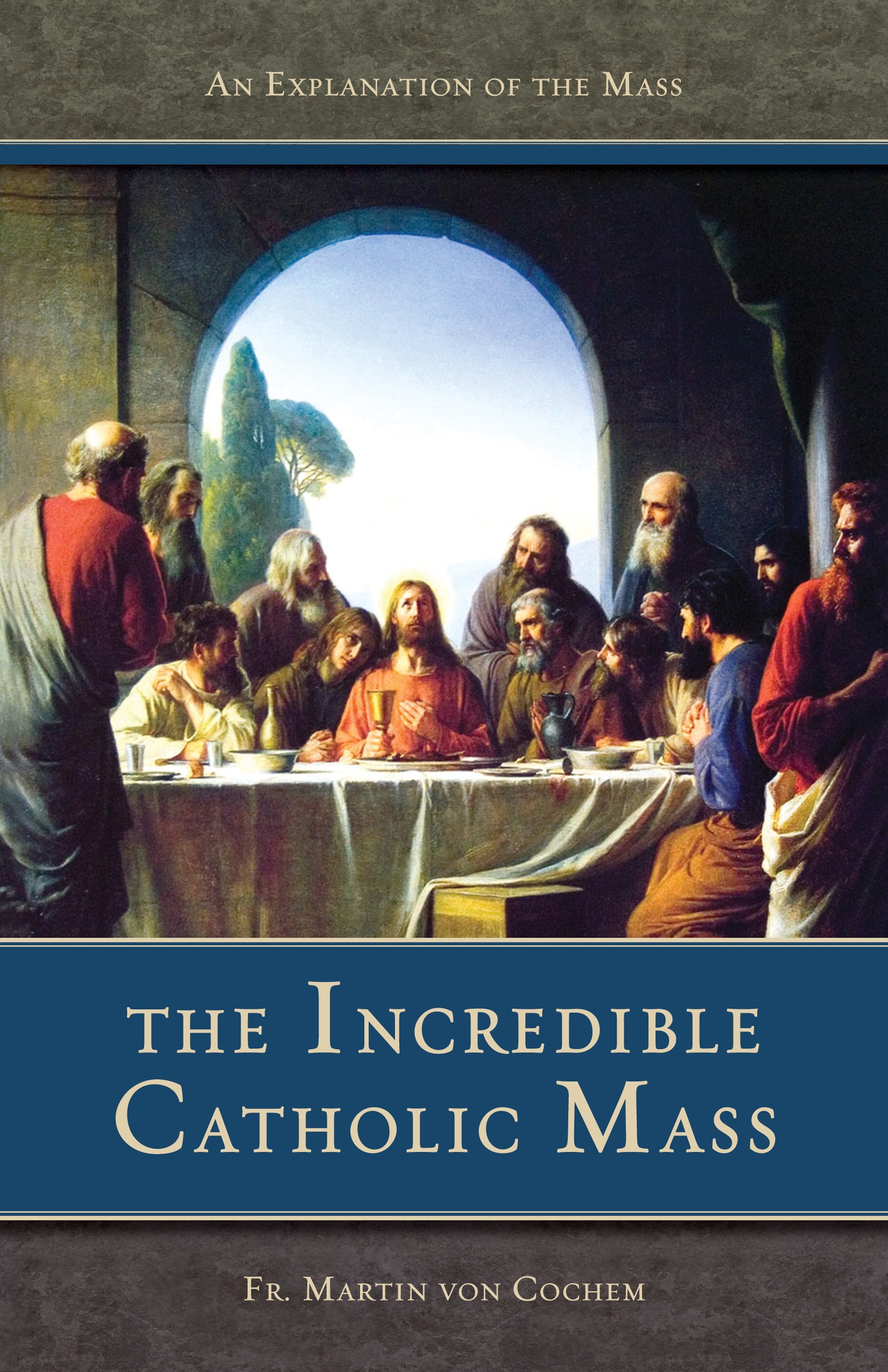 An Explanation of the Catholic Mass

An absolute revelation to most Catholics! Based on the Traditional Latin Mass, but actually about the essence of the Mass itself. Shows it is not just a prayer, but a powerful sacrifice given to us by Almighty God to fulfill all our spiritual needs. You will divide your life into "before" and "after" you read this book. Going to Mass will never be the same again, once you appreciate the significance of every Mass (as explained by this book). Every Catholic needs to read this! Impr. 425 pgs,

The Rev. Father Martin of Cochem, O.S.F.C., was a German Capuchin born in 1630 at Mosel. He entered the Order of Friars Minor Capuchin as a novitiate while still young, subsequently received Holy Orders, and was ultimately assigned as a professor of theology. He also cared for the plague victims of 1666, and thereupon began composing popular religious writings and treatises. Father Cochem authored such works as The Last Four Things and The Incredible Catholic Mass, the former of which was printed by TAN in 1987. He died on the tenth of September, 1712, at Waghausel.