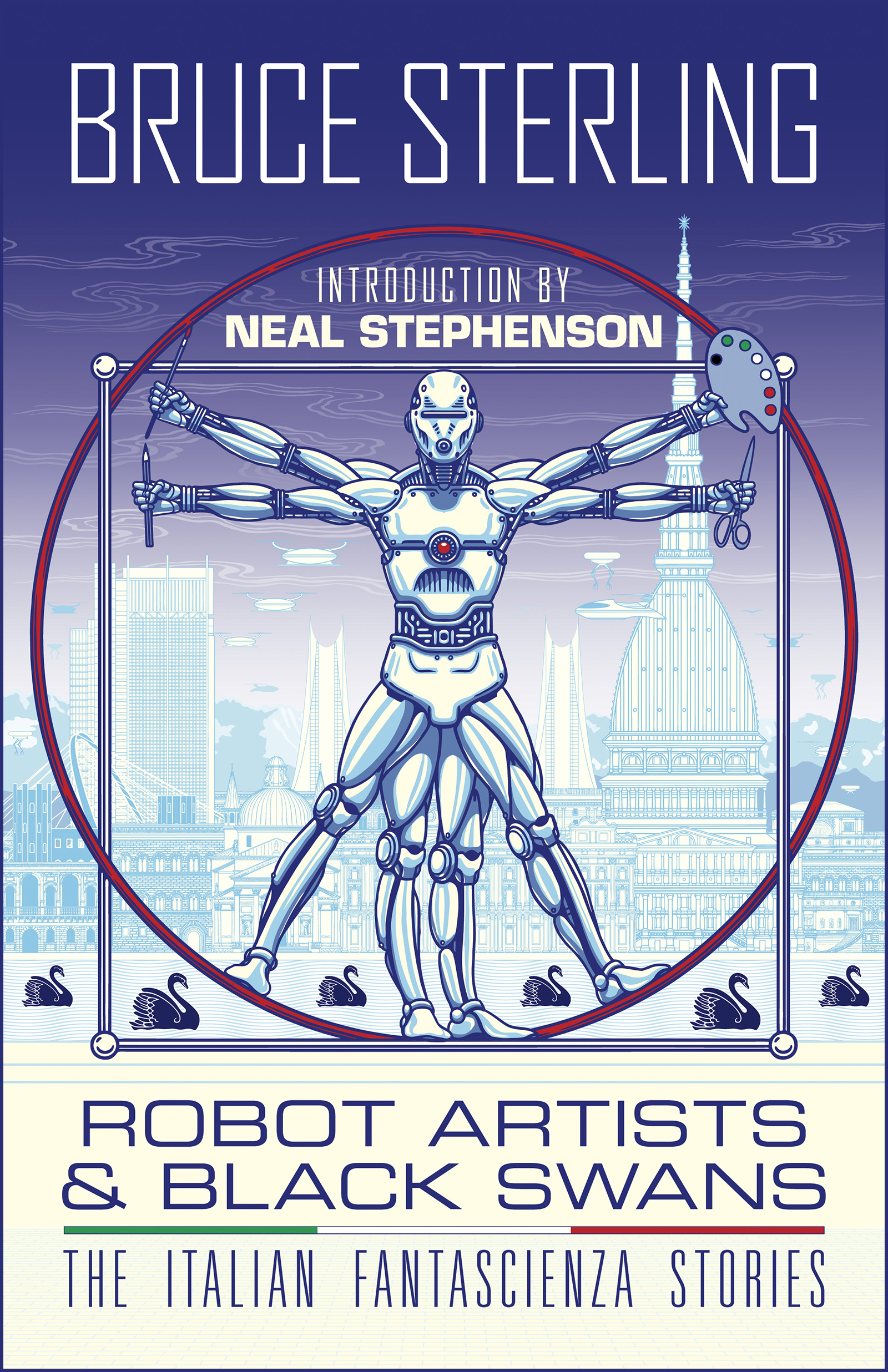 The Godfather of Cyberpunk has emerged in this new collection of Italian-themed fantasy and science-fiction stories. Bruce Sterling now introduces us to his alter ego: Bruno Argento, the preeminent author of fantascienza. Sterling, writing as Argento, skillfully combines cutting-edge technology with art, mythology, and history.

“It’s as if Sterling is the only writer paying attention.”—Locus

In the Esoteric City, a Turinese businessman’s act of necromancy is catching up with him. The Black Swan, a rogue hacker, programs his way into alternate versions of Italy. A Parthenopean assassin awaits his destiny in the arms of a two-headed noblewoman. Infuriating to both artists and scientists, a robot wheelchair makes uncategorizable creations.

Bruno Argento is the acknowledged master of Italian science fiction. Yet that same popular fantascienza author also is known in America—as Bruce Sterling. In Robot Artists and Black Swans, we present the first collection of their uniquely visionary Italian-themed fiction, including tales never before published in English.

Bruce Sterling (Schismatrix, The Zenith Angle, Zeitgeist) is an internationally bestselling author, journalist, editor, columnist, and critic. He is perhaps best known as the author of ten visionary science-fiction novels and as a founder of the cyberpunk movement. He was also the editor of the quintessential cyberpunk anthology, Mirrorshades.

Sterling’s much-heralded nonfiction includes The Hacker Crackdown: Law and Disorder on the Electronic Frontier and The Epic Struggle of the Internet of Things. A renowned expert on technology, Sterling has appeared on ABC’s Nightline, the BBC’s The Late Show, MTV, TechTV, and Wired, where he is a featured blogger, as well as in Time, Newsweek, the Wall Street Journal, the New York Times, Fortune, Nature, La Stampa, La Repubblica, and many other venues.

Sterling splits his time among the cities of Austin, Turin, and Belgrade.