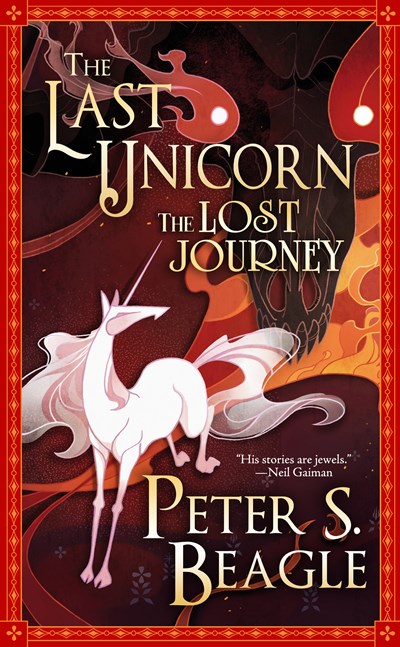 Peter S. Beagle first imagined his beloved heroine when he was twenty-three, half a decade before she sprang into the world. Now the Last Unicorn’s fantastical origins are recaptured in this lovely commemorative hardcover. Here you will discover the eighty-five page genesis of Beagle's masterpiece, his own wry musings upon his early career, charming original illustrations, and tributes from modern fantasy legends Patrick Rothfuss and Carrie Vaughn.

In this wonderfully strange adventure, a brave unicorn leaves her solitary life behind, determined to discover if she is the last of her kind. She is forewarned by a forlorn dragon and befuddled by a chatty butterfly; her unfamiliar traveling companion will be an exiled demon with a split personality and a penchant for philosophy.

Somewhere between mythology, modernity, and magic, the Last Unicorn has found herself on the road less traveled by . . . until now.

Peter S. Beagle is the best-selling author of The Last Unicorn, which has sold a reported five million copies since its initial publication. His other novels include A Fine & Private Place, The Innkeeper’s Song, Tamsin, Summerlong and In Calabria. Beagle's short fiction has been collected in four volumes by Tachyon Publications, including The Rhinoceros Who Quoted Nietzsche, The Line Between, We Never Talk About My Brother, and Sleight of Hand. He has won the Hugo, Nebula, Mythopoeic, and Grand Prix de l’Imaginaire awards and the World Fantasy Award for Lifetime Achievement. Beagle lives in Northern California, where he is working on nearly innumerable projects.