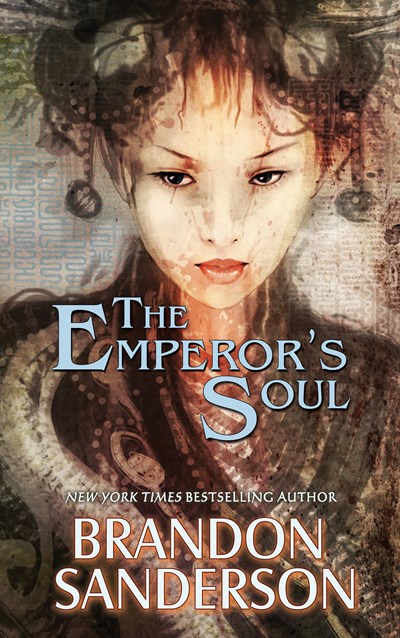 From the best-selling author of the Mistborn Trilogy and the co-author of the final three books of Robert Jordan’s Wheel of Time series comes the tale of a heretic thief who is the only hope for the survival of an empire.

Shai is a Forger, a foreigner who can flawlessly copy and re-create any item by rewriting its history with skillful magic. Although condemned to death after trying to steal the emperor’s scepter, she is given one opportunity to save herself. Despite the fact that her skill as a Forger is considered an abomination by her captors, Shai will attempt to create a new soul for the emperor, who is almost dead from the attack of assassins.

Delving deeply into his life, she discovers Emperor Ashravan’s truest nature?and the opportunity to exploit it. Her only possible ally is one who is truly loyal to the emperor, but councilor Gaotona must overcome his prejudices to understand that her forgery is as much artistry as it is deception.

Skillfully deducing the machinations of her captors, Shai needs a perfect plan to escape. The fate of the kingdom lies in one impossible task. Is it possible to create a forgery of a soul so convincing that it is better than the soul itself?

Brandon Sanderson is the New York Times best-selling author of Elantris and the Mistborn Trilogy. In 2007, he was chosen by Robert Jordan’s widow to complete Jordan’s epic Wheel of Time series. The final volume was published in three novels: The Gathering Storm, Towers of Midnight, and A Memory of Light. Sanderson received his Master’s Degree in Creative Writing from Brigham Young University (where he was a college roommate of Jeopardy! champion Ken Jennings). He participates in the weekly podcast Writing Excuses.