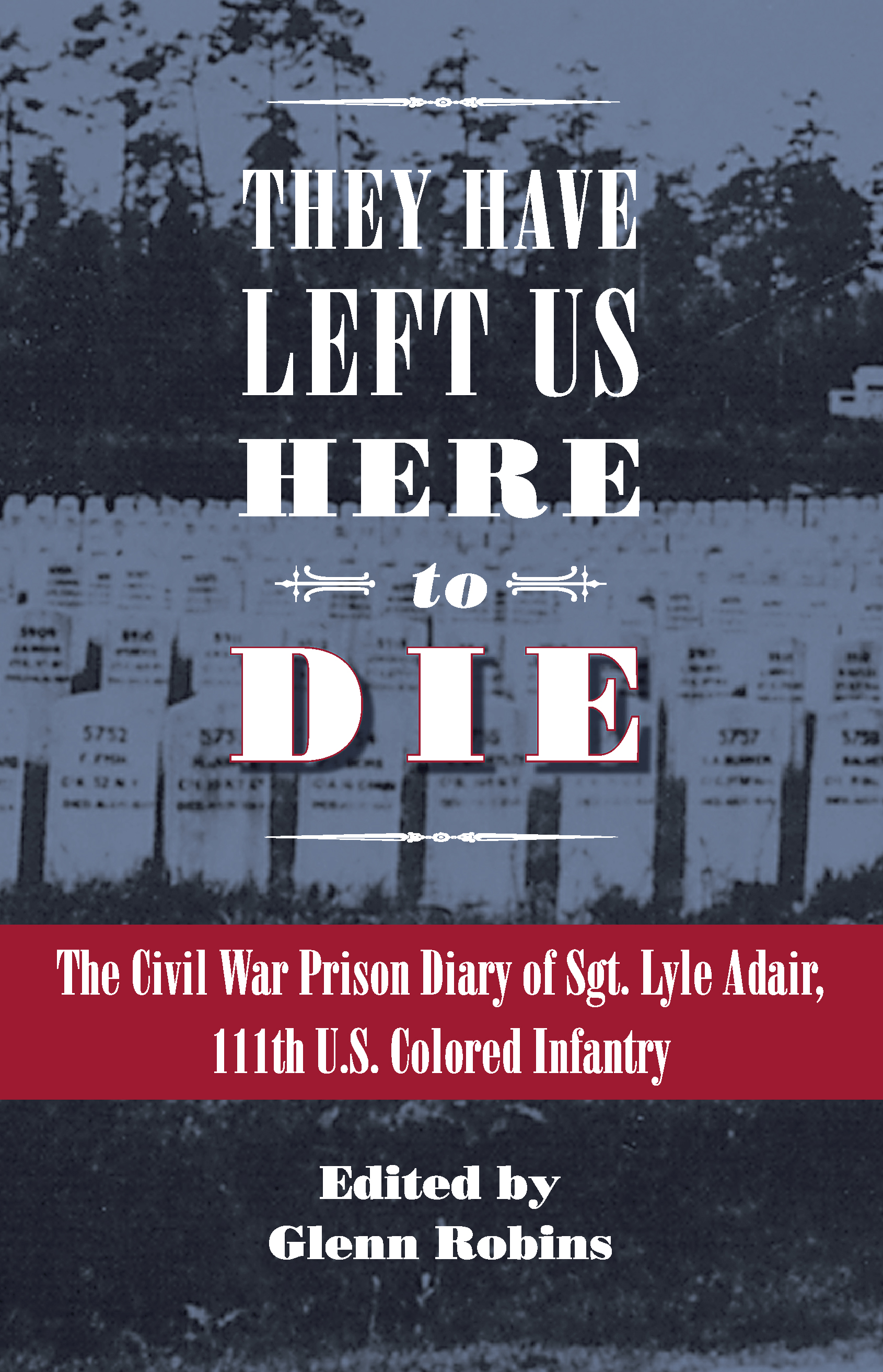 They Have Left Us Here to Die

The chronicle of a Union soldier’s seven months in captivity

Besides the risks of death or wounding in combat, the average Civil War soldier faced the constant threat of being captured by the enemy. It is estimated that one out of every seven soldiers was taken captive—more than 194,000 of them from Union regiments—and held in prison camps infamous for breeding disease and death.

Sgt. Lyle G. Adair of the 111th United States Colored Troops joined the thousands of Union prisoners when part of his regiment tasked with guarding the rail lines between Tennessee and northern Alabama was captured by Confederate cavalrymen. Adair, who had first enlisted in the 81st Ohio Volunteer Infantry at the age of seventeen and later became a recruiting agent in the 111th, spent the remainder of the war being shuffled from camp to camp as a prisoner of war. By the war’s end, he had been incarcerated in five different Confederate camps: Cahaba, Camp Lawton, Blackshear, Thomasville, and Andersonville.

“They Have Left Us Here to Die” is an edited and annotated version of the diary Sergeant Adair kept of his seven months as a prisoner of war. The diary provides vivid descriptions of each of the five camps as well as insightful observations about the culture of captivity. Adair notes with disdain the decision of some Union prisoners to take the oath of allegiance to the Confederacy in exchange for their freedom and covers the mock presidential election of 1864 held at Camp Lawton, where he and his fellow inmates were forced to cast votes for either Lincoln or McClellan. But most significantly, Adair reflects on the breakdown of the prisoner exchange system between the North and South, especially the roles played by the Lincoln administration and the Northern home front. As a white soldier serving with African Americans, Adair also makes revealing observations about the influence of race on the experience of captivity.

Complete with numerous annotations comparing Adair’s accounts with other diaries, memoirs, and official reports, “They Have Left Us Here to Die” provides a platform for delving deeper into the culture of captivity and the Civil War soldier experience.

“‘They Have Left Us Here to Die’ touches on the important themes of combat motivation, race, the end of slavery, the experience of captivity, and the competing stories of how the war was remembered. And it does so in the hands of an able storyteller who brings Lyle Adair’s story to life.” – Scott Reynolds Nelson, Legum Professor of History, College of William & Mary

Glenn Robins is associate professor of history at Georgia Southwestern State University, just outside Andersonville. He is the author of The Bishop of the Old South: The Ministry and Civil War Legacy of Leonidas Polk and coeditor of and contributor to America and the Vietnam War: