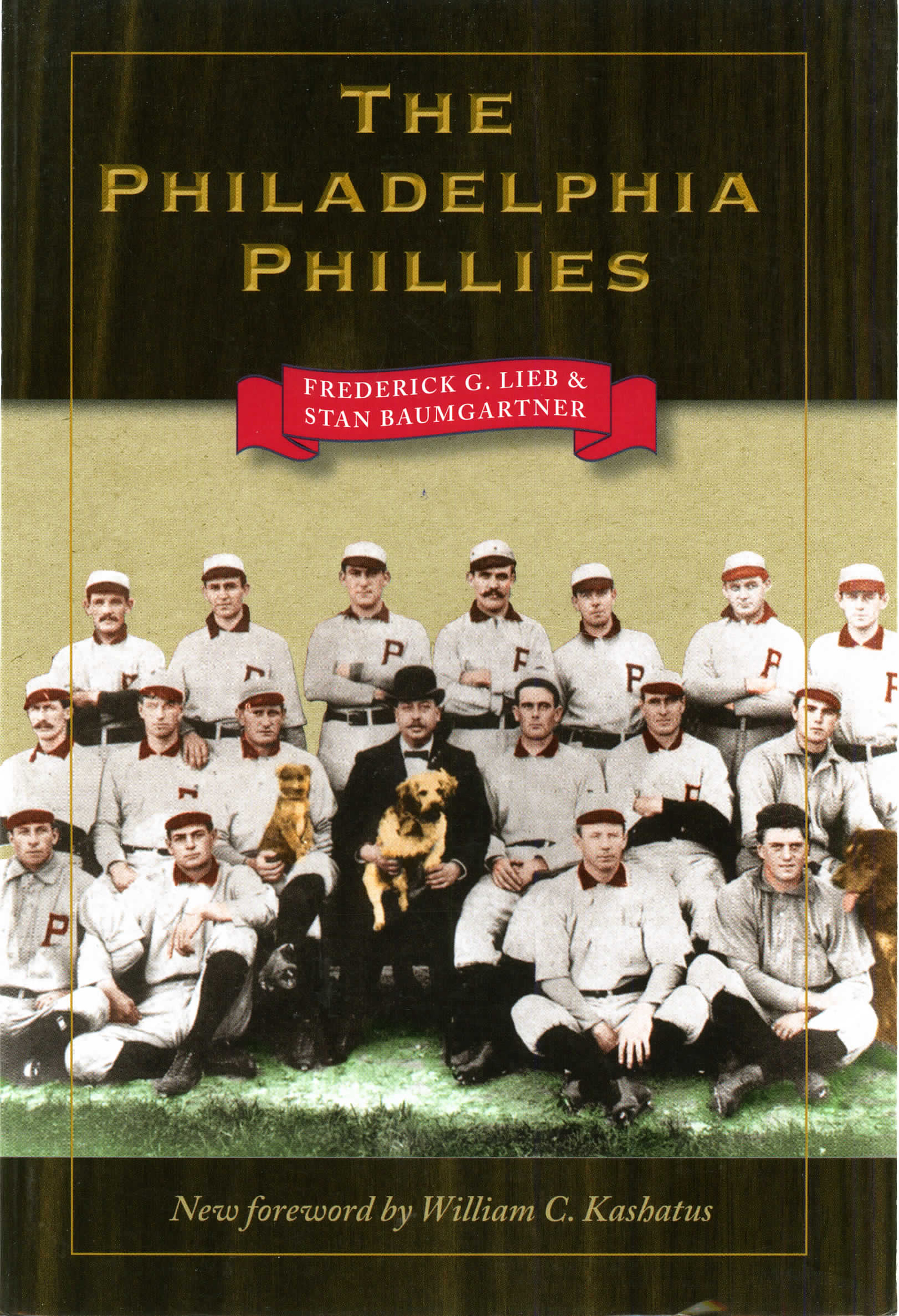 A facsimile edition of the 1953 history of the Philadelphia Phillies

Fred Lieb and Stan Baumgartner’s history of the Philadelphia Phillies was originally published in 1953 as part of the celebrated series of major league team histories published by G. P. Putnam. With their colorful prose and delightful narratives, the Putnam books have been described as the Cadillac of the genre and have become prized collectibles for baseball readers and historians.

Together Lieb and Baumgartner chronicle the Phillies franchise’s turbulent past—from its frustrating early decades, through its heartbreaking loss to the Boston Red Sox in the 1915 World Series, to its exciting “Whiz Kids” pennant of 1950. Phillies legends like Grover Cleveland Alexander, Chuck Klein, and Ed Delahanty fill these pages, and their colorful anecdotes are woven into the fabric of each season’s story.

In addition to its comprehensive and intimate examination of the team’s history, The Philadelphia Phillies addresses the challenge of rooting for an often-struggling home team in a city known for its passionate baseball fans. Lieb’s devotion to his hometown Phillies and overall love of the game and Baumgartner’s unique insight as a Philadelphia sportswriter and former player often lead to thoughtful advice and comfort for long-suffering Phillies fans. A trip through a rocky but remarkable past, The Philadelphia Phillies is another enjoyable addition to the Writing Sports Series.

Stan Baumgartner was a former baseball player with the Phillies and Athletics. After his baseball career he became a sportswriter for the Philadelphia Inquirer.

William C. Kashatus holds a doctorate in history from the University of Pennsylvania. He is the author of ten books on Philadelphia baseball, including September Swoon: Richie Allen, the ’64 Phillies and Racial Integration and Almost a Dynasty: The Rise and Fall of the 1980 Phillies.