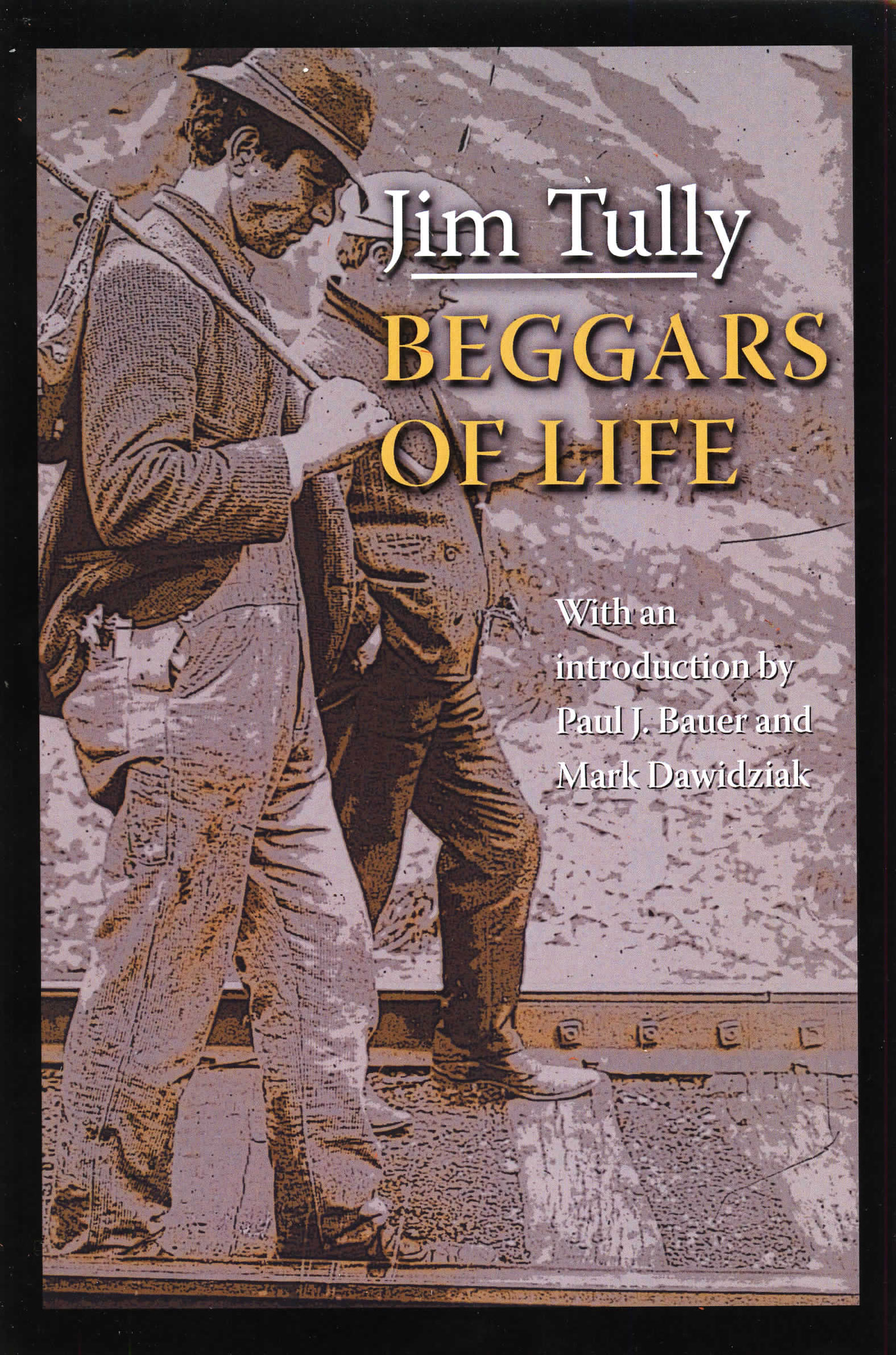 Tully’s breakthrough novel about life on the road

Jim Tully left his hometown of St. Marys, Ohio, in 1901, spending most of his teenage years in the company of hoboes. Drifting across the country as a “road kid,” he spent those years scrambling into boxcars, sleeping in hobo jungles, avoiding railroad cops, begging meals from back doors, and haunting public libraries. Tully crafted these memories into a dark and astonishing chronicle of the American underclass—especially in his second book, Beggars of Life, an autobiographical novel published in 1924. Tully saw it all, from a church baptism in the Mississippi River to election day in Chicago. And in Beggars of Life, he captures an America largely hidden from view.

This novelistic memoir impressed readers and reviewers with its remarkable vitality and honesty. Tully’s devotion to Mark Twain and Jack London taught him the importance of giving the reader a sense of place, and this he does brilliantly, again and again, throughout Beggars of Life. From the opening conversation on a railroad trestle, Beggars of Life rattles along like the Fast Flyer Virginia that Tully boards midway through the book. This is the book that defined Tully’s hard-boiled style and set the pattern for the twelve books that followed over the next two decades. Startling in its originality and intensity, Beggars of Life is a breakneck journey made while clinging to the lowest rungs of the social ladder.

Jim Tully (1886–1947) was born in St. Marys, Ohio. He is the author of numerous books chronicling the American underclass, including Circus Parade (1927; The Kent State University Press, 2009), Shanty Irish (1928; The Kent State University Press, 2009), Shadows of Men (1930), and Blood on the Moon (1931). Paul J. Bauer is a used and rare book dealer in Kent, Ohio. He is the coauthor of Frazier Robinson’s autobiography, Catching Dreams: My Life in the Negro Baseball Leagues (1999). Mark Dawidziak has been the television critic at the Cleveland Plain Dealer since 1999. A theater, film, and television reviewer for about thirty years, his many nonfiction books include The Barter Theatre Story: Love Made Visible (1982), The Columbo Phile: A Casebook (1989), Mark My Words: Mark Twain on Writing (1996), The Night Stalker Companion: A 25th Anniversary Tribute (1997), Horton Foote’s The Shape of the River: The Lost Teleplay about Mark Twain (2003), and The Bedside, Bathtub & Armchair Companion to Dracula (2008). He is also a novelist and a playwright.