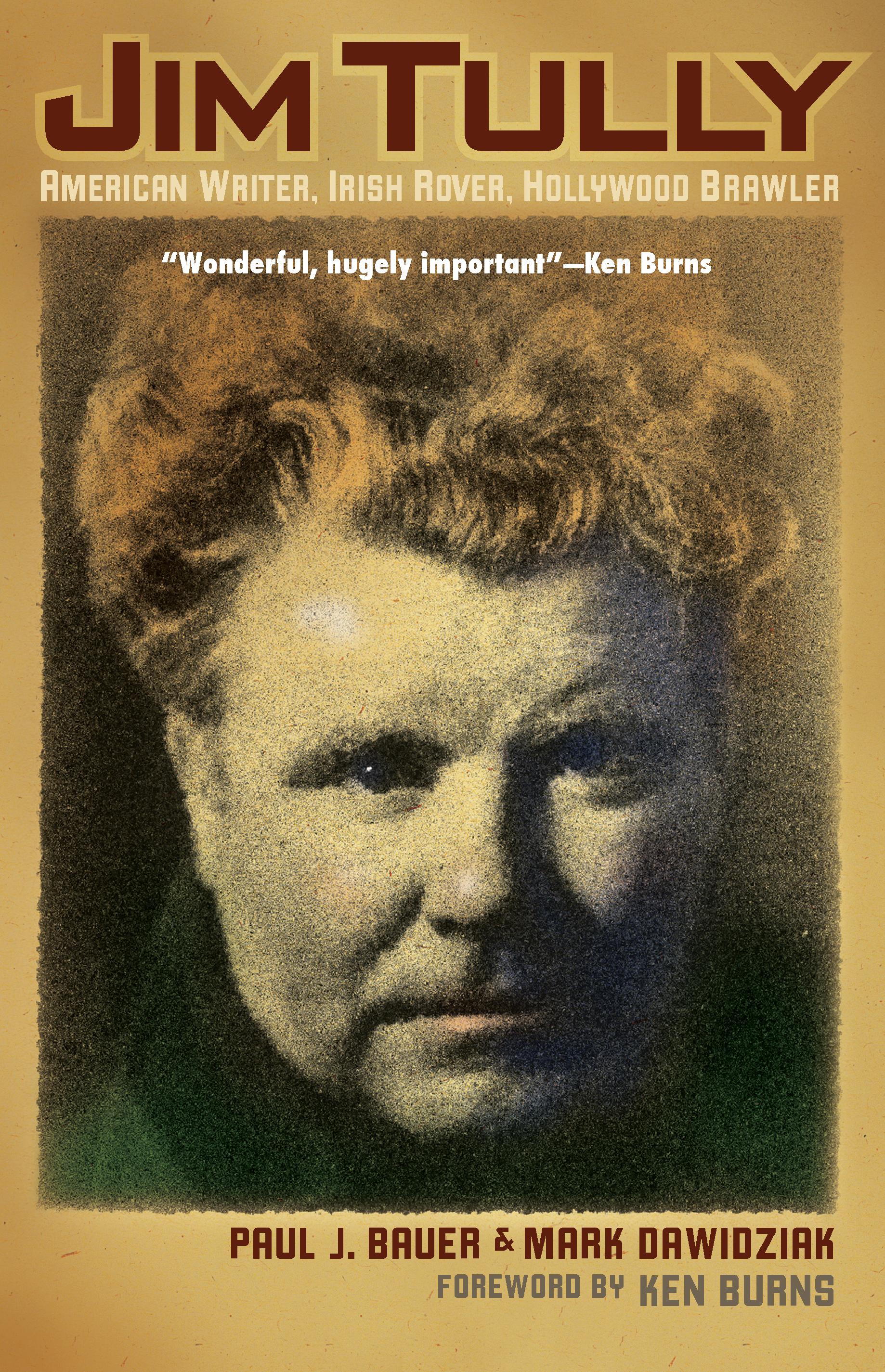 The first biography of the vagabond, hard-boiled writer who rocked Hollywood during the Roaring Twenties

The son of an Irish ditch-digger, Jim Tully (1886–1947) left his hometown of St. Marys, Ohio, in 1901, spending most of his teenage years in the company of hoboes. Drifting across the country as a “road kid,” he spent those years scrambling into boxcars, sleeping in hobo jungles, avoiding railroad cops, begging meals from back doors, and haunting public libraries. After six years on the road, he jumped off a railroad car in Kent, Ohio, with wild aspirations of becoming a writer. While chasing his dream, Tully worked as a chain maker, boxer, newspaper reporter, and tree surgeon. All the while he was crafting his memories of the road into a dark and astonishing chronicle of the American underclass.

After moving to Hollywood and working for Charlie Chaplin, Tully began to write a stream of critically acclaimed books mostly about his road years, including Beggars of Life, Circus Parade, Blood on the Moon, Shadows of Men, and Shanty Irish. He quickly established himself as a major American author and used his status to launch a parallel career as a Hollywood journalist. Much as his gritty books shocked the country, his magazine articles on movies shocked Hollywood. Along the way, he picked up such close friends as W. C. Fields, Jack Dempsey, Damon Runyon, Lon Chaney, Frank Capra, and Erich von Stroheim. He also memorably crossed paths with Jack London, F. Scott Fitzgerald, George Bernard Shaw, James Joyce, and Langston Hughes.

The definitive biography of a remarkable writer, Jim Tully: American Writer, Irish Rover, Hollywood Brawler compellingly describes the hardscrabble life of an Irish American storyteller, from his immigrant roots, rural upbringing, and life as a hobo riding the rails to the emergent dream factory of early and Golden Age Hollywood and the fall of his fortunes during the Great Depression.

Many saw the dark side of the American dream, but none wrote about it like Jim Tully.

Paul J. Bauer is a used and rare book dealer in Kent, Ohio. He is the coauthor of Frazier Robinson’s autobiography, Catching Dreams: My Life in the Negro Baseball Leagues. Click here to visit Bauer’s website for Archer’s Used and Rare Books.

Mark Dawidziak has been the television critic at The Plain Dealer since 1999. A theater, film, and television reviewer for thirty years, his many nonfiction books include The Barter Theatre Story: Love Made Visible, The Columbo Phile: A Casebook, Mark My Words: Mark Twain on Writing, The Night Stalker Companion: A 25th Anniversary Tribute, Horton Foote’s The Shape of the River: The Lost Teleplay about Mark Twain, and The Bedside, Bathtub & Armchair Companion to Dracula. He is also a novelist and a playwright.

Ken Burns has been making documentary films since the early 1980s. He has directed and produced some of the most acclaimed historical documentaries ever made, including The Civil War, Baseball, Jazz, The War, and The West. The late historian Stephen Ambrose said of Burns’s films: “More Americans get their history from Ken Burns than any other source.”