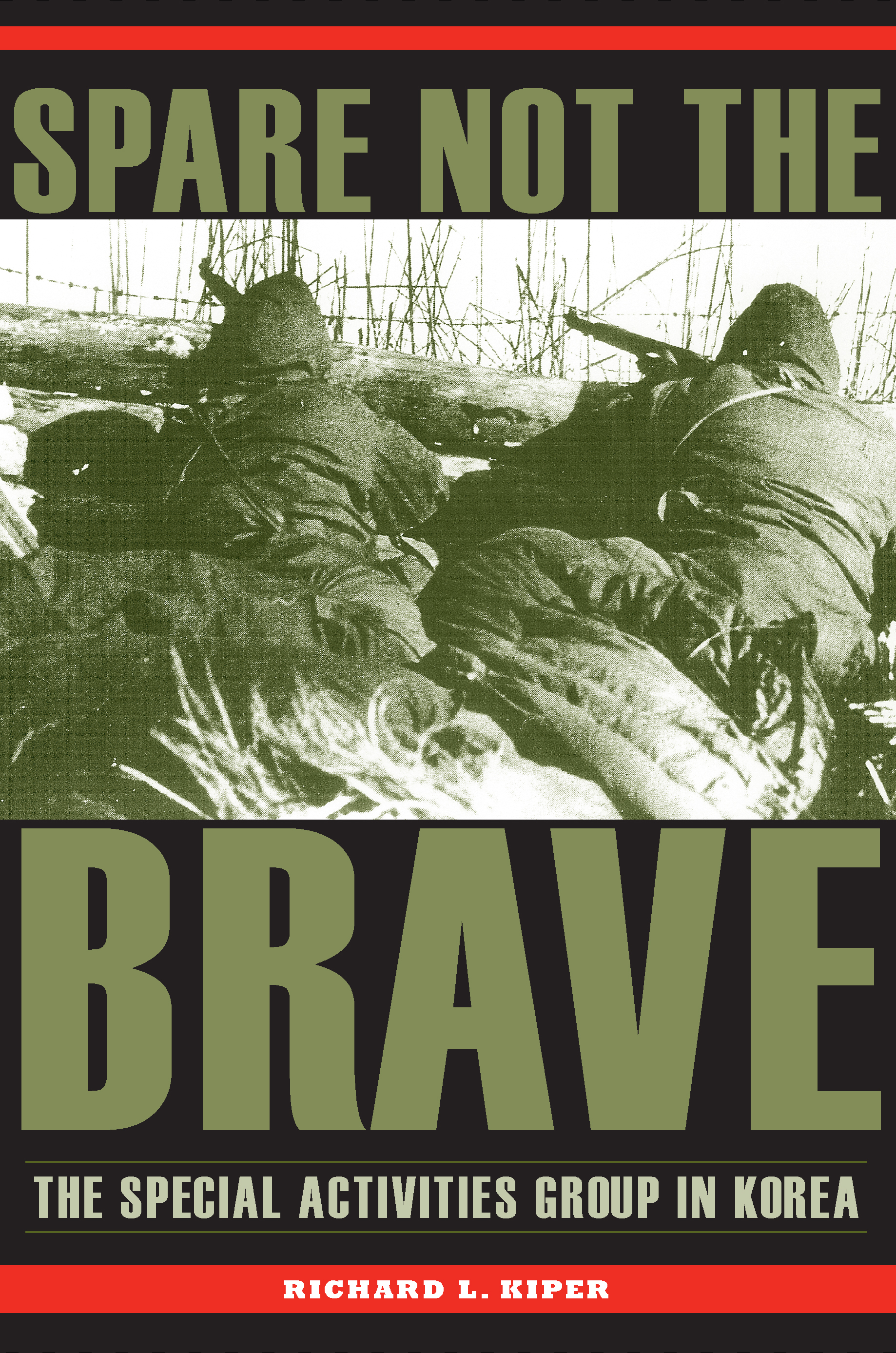 Spare Not the Brave

The Special Activities Group in Korea

The Special Activities Group (SAG) and its subordinate companies have received little attention from historians, despite being an elite combat unit and participating in highly classified and dangerous missions in Korea. Rarely receiving more attention than a footnote, their story usually begins and ends on the night of September 12, 1950, with an amphibious raid near Kunsan. Until their inactivation on March 31, 1951, SAG simply disappears from most Korean War histories. Spare Not the Brave corrects this omission.

Spare Not the Brave tells the story of the extraordinary missions carried out by this group of extraordinary soldiers. Recruited primarily from the Far East Command headquarters, these men received six weeks of training and then were thrust into combat in Korea. Boarding rubber boats in the Yellow Sea and paddling to shore far behind enemy lines, they conducted a diversionary landing near Kunsan, then landed at Inchon, and sailed to the Wonsan area of North Korea. There, SAG was augmented with a battalion of South Korean soldiers. Together they conducted counter-guerrilla operations until overwhelming Chinese intervention forced all Allied units to withdraw from the North. Those critical missions continued into the difficult fighting of early 1951.

Much of this volume is based upon the words of the participants themselves. Using previously obscure primary sources, oral histories, and official records, author Richard L. Kiper tells this unit’s riveting tale. Wherever possible, first-person accounts have been verified and supplemented with official reports, maps, and documents. Drawing on his twenty-six years of infantry and special forces experience, Kiper brings critical analysis and insight to this previously untold story. Spare Not the Brave fills a gap in the historiography of the Korean War and adds a valuable chapter to the history of U.S. Army special operations.

Richard L. Kiper is a retired U.S. Army lieutenant colonel (West Point, 1967) who earned his Ph.D. in history from the University of Kansas. He is the author of Major General John Alexander McClernand: Politician in Uniform (The Kent State University Press, 1999), the coauthor of U.S. Army Special Operations in Afghanistan, and the editor of Dear Catherine, Dear Taylor: The Civil War Letters of a Union Soldier and His Wife. Kiper has taught at West Point, the U.S. Army Command and General Staff College, and Kansas City Kansas Community College and has served as an analyst at the U.S. Army Irregular Warfare Center in Ft. Leavenworth, Kansas.