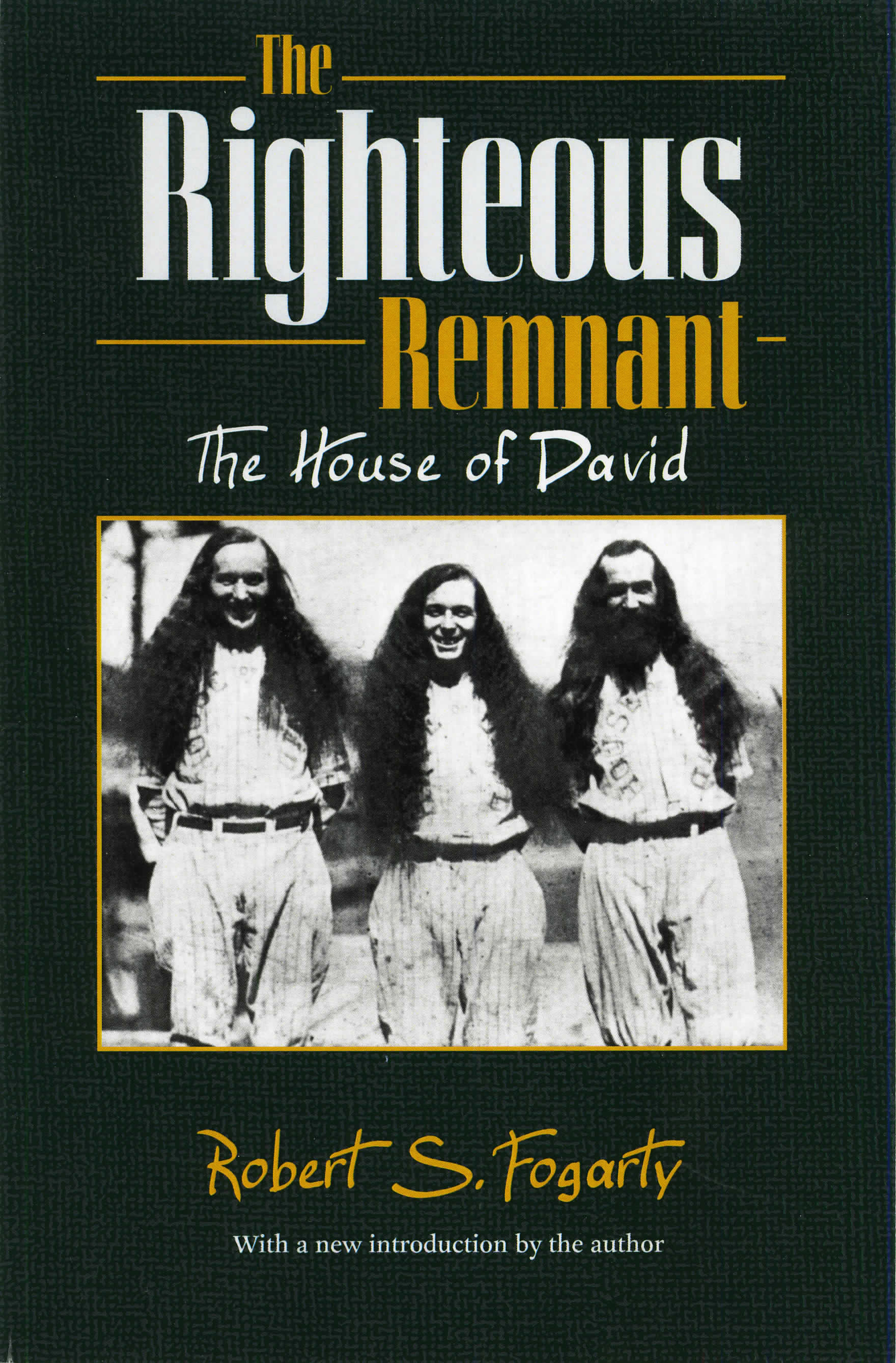 The House of David

Many Americans associate the House of David with its bearded barnstorming baseball teams of the 1920s and ’30s. Others may recall the sex scandal associated with the group, a scandal that gave newspapers during the first years after World War I some added spice. Still, others may know it as a religious communal society founded in 1903, which has a few adherents today.

What is this strange group and how can these diverse images be reconciled? In the first in-depth study of the House of David, originally published in 1981, Robert S. Fogarty places the sect in the Anglo-Israelite millennial tradition that goes back to seventeenth-century England, which produced prophets like the mystic Joanna Southcott and from which arose sects in England, Australia, and the United States. Their reading of the Book of Revelation promised the saving of a “righteous remnant” of humanity who would gather in one place to await the millennium. Evangelist Benjamin Purnell became the seventh prophet in the line of this tradition and, with his bigamous wife, Mary, established a community for its followers in Benton Harbor, Michigan.

The House of David was a celibate communal society controlled by the Purnells, and it attracted members who exchanged their worldly goods for the security of salvation. At its height, the community had more than 700 members and prospered by running farms, a canning company, and an amusement park and hosting popular touring bands and the traveling baseball teams.

But there were defectors, and from them emerged rumors of oppressive conditions, sexual misconduct on the part of the prophet himself, hastily arranged group marriages, and financial wrongdoing that led to a series of civil suits. The allegations drove Purnell into hiding, and the State of Michigan launched an elaborate trial against the colony.

The Righteous Remnant is more than the story of the rise and fall of a religious community. By examining its religious roots, the staunch testimony of its members in the face of demonstrated charges, and the social relations within the colony itself, we can begin to understand the attraction that such “social contracts” can exert. The House of David is now a remnant itself, but other religious groups continue to grow and bind members to them in the same ways.

Robert S. Fogarty is editor of the Antioch Review and John Dewey Professor in the Humanities, Emeritus at Antioch College. He is the author of All Things New: American Communes and Utopian Movements, 1860–1914 and Dictionary of American Communal and Utopian History and editor of Desire and Duty at Oneida and Special Love/Special Sex: An Oneida Community Diary. He has been a Fellow at All Souls College, Oxford; NYU Institute for the Humanities; and the Newberry Library; and winner of the PEN/American Center Nora Magid lifetime award for magazine editing.