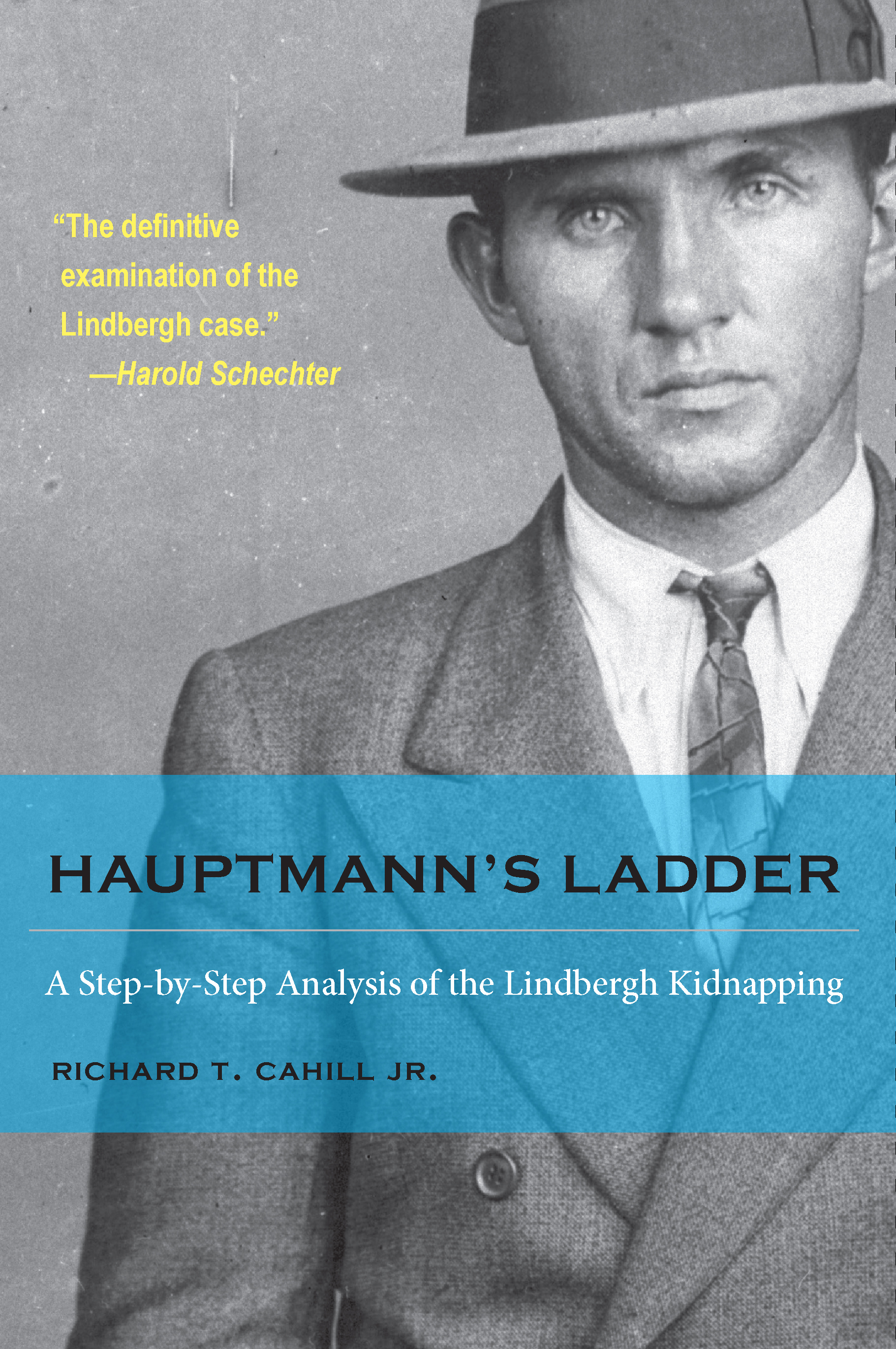 A Step-by-Step Analysis of the Lindbergh Kidnapping

In 1936, Bruno Richard Hauptmann was executed for the kidnapping and murder of Charles Lindbergh Jr. Almost all of America believed Hauptmann guilty; only a few magazines and tabloids published articles questioning his conviction. In the ensuing decades, many books about the Lindbergh case have been published.  Some have declared Hauptmann the victim of a police conspiracy and frame-up, and one posited that Lindbergh actually killed his own son and fabricated the entire kidnapping to mask the deed.Because books about the crime have been used as a means to advance personal theories, the truth has often been sacrificed and readers misinformed.

Hauptmann's Ladder is a testament to the truth that counters the revisionist histories all too common in the true crime genre. Author Richard T. Cahill Jr. puts the "true" back in "true crime," providing credible information and undistorted evidence that enables readers to form their own opinions and reach their own conclusions.

Cahill presents conclusions based upon facts and documentary evidence uncovered in his twenty years of research. Using primary sources and painstakingly presenting a chronological reconstruction of the crime and its aftermath, he debunks false claims and explodes outrageous theories, while presenting evidence that has never before been revealed.  Hauptmann's Ladder is a meticulously researched examination of the Lindbergh kidnapping that restores and preserves the truth of the crime of the century.

Richard T. Cahill Jr. received a B.A. in history and political science from Mount Saint Mary College and a J.D. from Albany Law School. His professional experience includes clerking for a criminal court judge, serving as both an assistant district attorney and a criminal defense attorney, and practicing civil law.