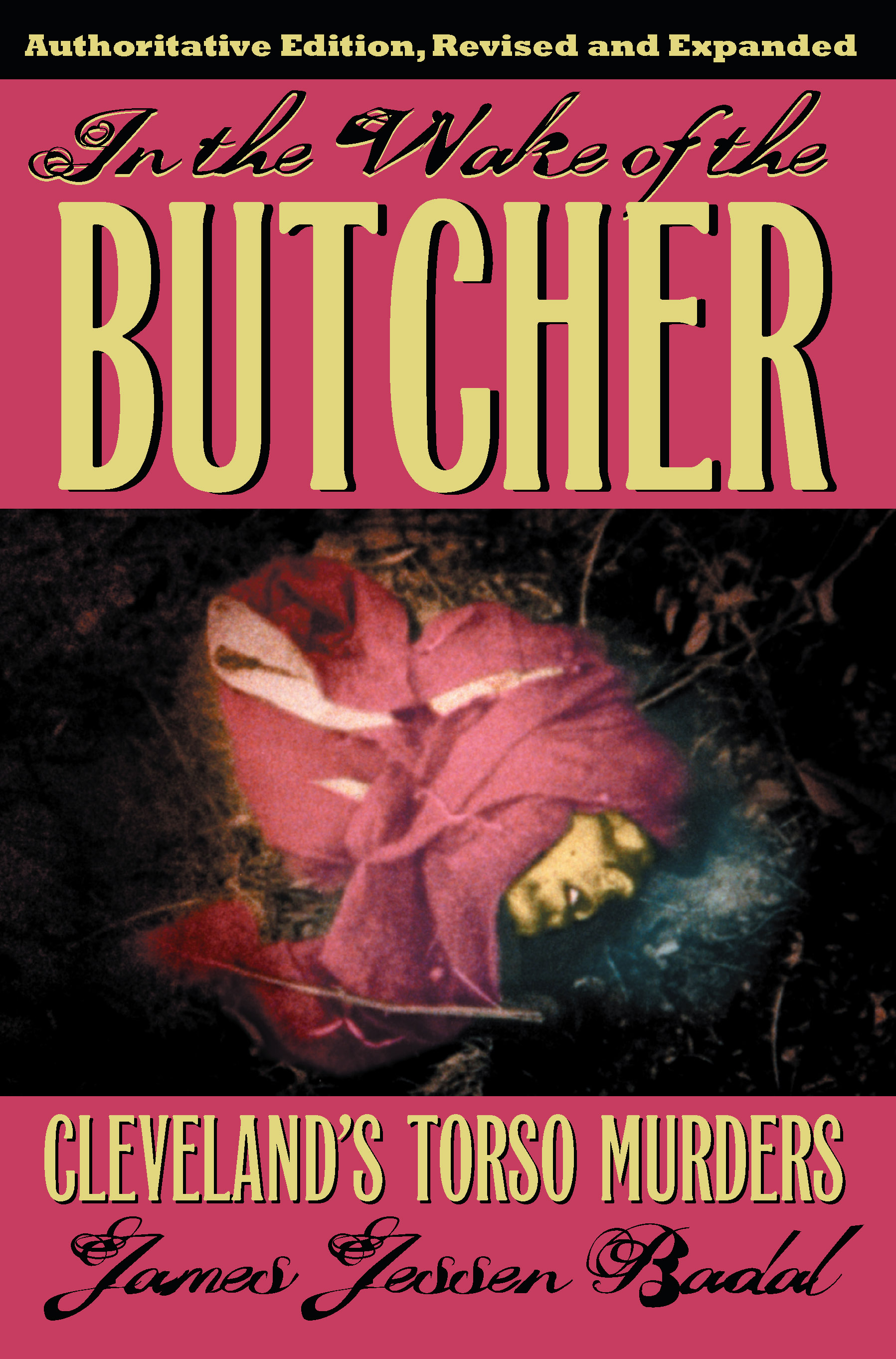 In the Wake of the Butcher

In 2001 The Kent State University Press published James Jessen Badal’s In the Wake of the Butcher: Cleveland’s Torso Murders—the first book to examine the horrific series of unsolved dismemberment murders that terrorized the Kingsbury Run neighborhood from 1934 to 1938. Through his access to a wealth of previously unavailable material, Badal was able to present a far more detailed and accurate picture of the battle between Cleveland safety director Eliot Ness and the unidentified killer who avoided both detection and apprehension.

In his groundbreaking historical study, Badal established beyond any doubt the truth of the legend that Ness had a secret suspect whom he had subjected to a series of interrogation sessions, complete with lie detector tests, in a secluded room in a downtown hotel. Badal also disclosed recently unearthed evidence that identified exactly who that mysterious suspect was. But was he the infamous Mad Butcher of Kingsbury Run? Badal presented all the evidence available at the time and invited readers to draw their own conclusions.

Now, armed with conclusive new information, Badal returns to the absorbing tale of those terrible murders in an expanded edition of In the Wake of the Butcher. For the very first time in the history of research into the Kingsbury Run murders, he presents compelling evidence that establishes exactly where the killer incapacitated his victims, as well as the location of the long-fabled “secret laboratory” where he committed murder and performed both dismemberment and decapitation.

Was Eliot Ness’s secret suspect the Mad Butcher? Thanks to this new information, Badal is finally able to answer that question with certainty.

James Jessen Badal is an assistant professor of English and journalism at the Eastern Campus of Cuyahoga Community College in Cleveland. He has served on the board of trustees of the Cleveland Police Historical Society since 2001. His previous books for The Kent State University Press include Twilight of Innocence: The Disappearance of Beverly Potts (2005), Though Murder Has No Tongue: The Lost Victim of Cleveland’s Mad Butcher (2010), and Hell’s Wasteland:

The Pennsylvania Torso Murders (2013). He is currently working on a book devoted to the unsolved 1964 murder of 16-year-old Beverly Jarosz in Garfield Heights just outside of Cleveland.