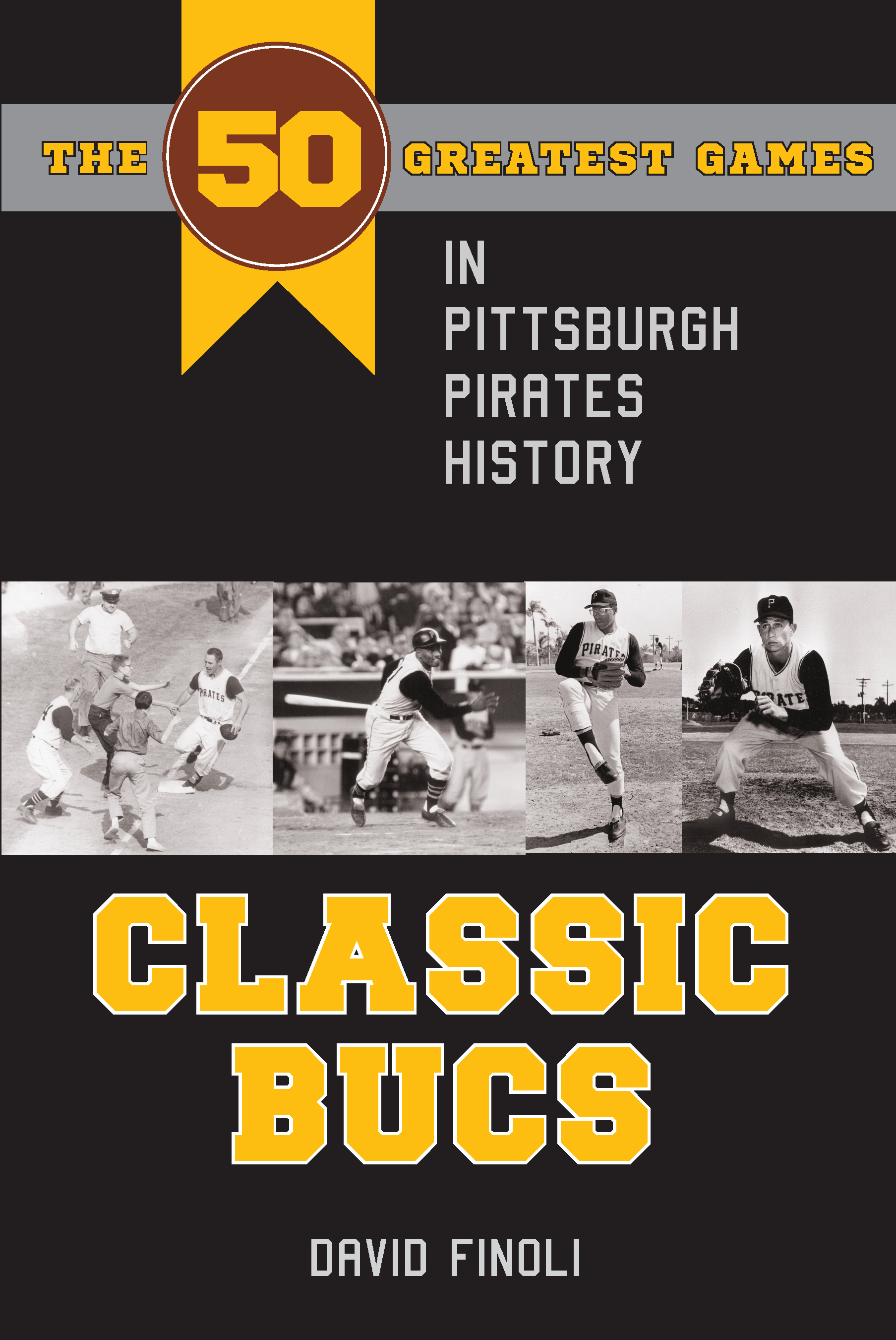 A countdown of the greatest games of a Steel City institution

When slow-footed former Pirate Sid Bream broke the heart of the “Bucco” nation, it was Game Seven of the 1992 NLCS. He slid across the plate in the bottom of the 9th for the Braves, giving them the pennant with a heart-wrenching 3–2 victory. The run began a mind-numbing slide that enters its third decade of sub .500 performances. The curse of Sid Bream was born.

Until the surprising 2012 campaign, a generation of Steel City baseball fans had hungered for the Pirates to be involved in an actual pennant race, a goal that even the most diehard could not have imagined. There was a time that it wasn’t a far-off dream, but instead an annual right. From 1970 through 1979, Pittsburgh won six eastern division crowns and two national championships. While impressive, the 1970s were only the second-best decade in franchise history. Classic Bucs looks back to the beginning of the twentieth century, the indisputable best decade of the Pittsburgh Pirates, when a young and brash team captured four senior circuit titles and their initial World Series in 1909.

During the years between those two memorable seasons, the club won two other world championships in 1925 and 1960, the latter of which culminated in arguably the greatest contest in the history of the game. On a memorable fall afternoon on October 13, 1960, a second baseman known more for his defensive prowess than his bat became the only man in the history of the World Series to end the last game of the fall classic with a home run. The second baseman was Bill Mazeroski, and he smacked a Ralph Terry pitch over the left field wall at Forbes Field to give the Bucs a wild 10–9 victory over the New York Yankees and send the town into hysterics.

Incredible moments like this are the inspirations for this book chronicling the 50 greatest Pirate games of all time. Memories of these games are sure to bring a collective smile to the Pirates Nation. Classic Bucs tells the story of this celebrated old franchise to a new generation of Pirate fans, a generation that has been looking for its own Mazeroski moment ever since Bream slid across home plate three decades ago.

David Finoli has followed the trials and tribulations of his hometown team, the Pittsburgh Pirates, for over six decades and had a front row seat to their last world championship in 1979 when he was a freshman at Duquesne University. He graduated from Duquesne in 1983 with a B.A. in journalism. Since then, Finoli has penned eleven books, mostly on the history of sports in Western Pennsylvania. He currently lives in Monroeville, Pennsylvania, with his wife and three children.