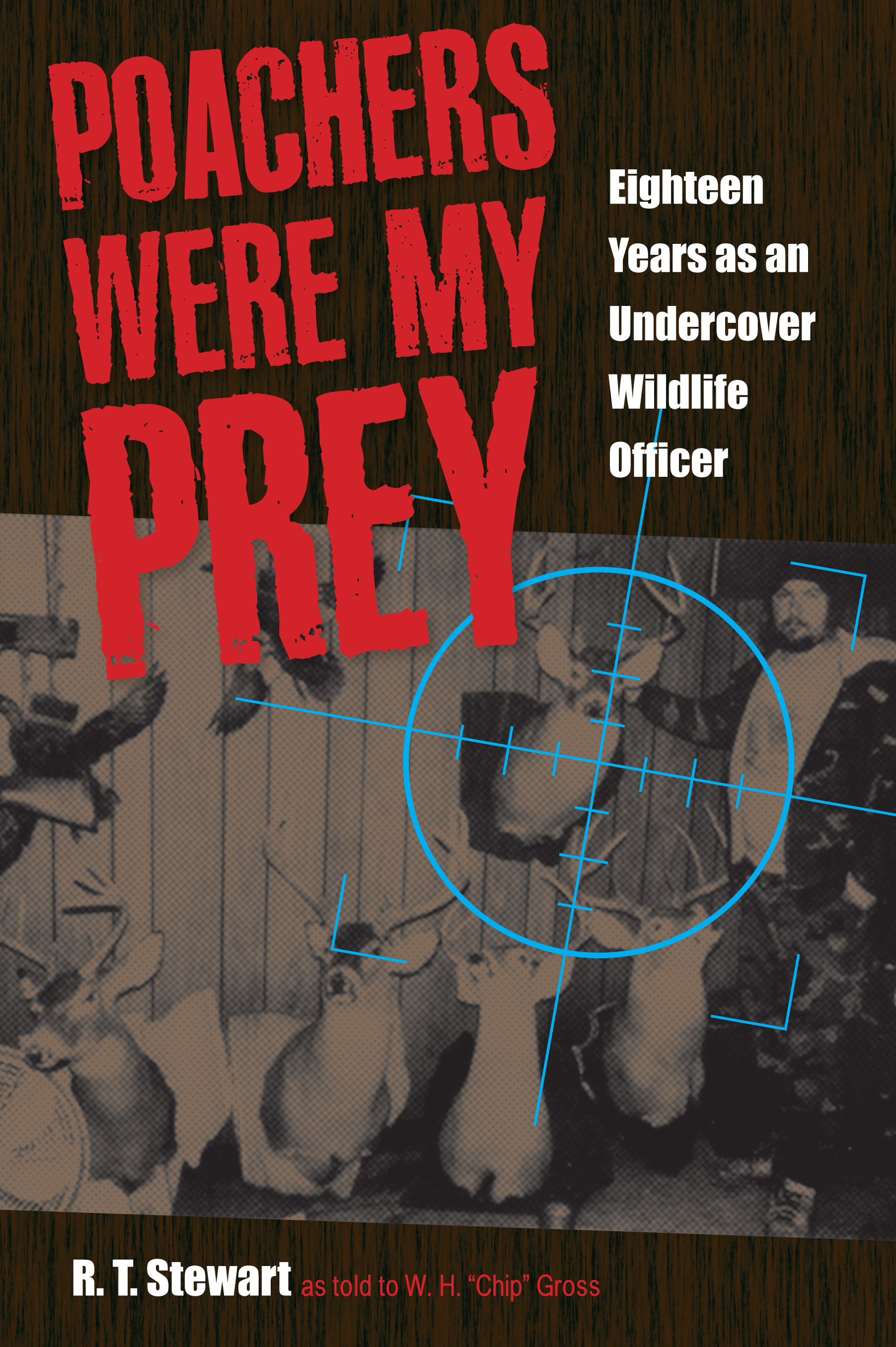 Poachers Were My Prey

“You ain’t no damn game warden, are ya?” the poacher snarled.

I looked him straight in the eye and lied. “Game warden . . . ? I ain’t no game warden!”
The poacher paused, mulling over my answer, and added quietly, “Then why you askin’ so many questions?”

Thus begins the story of R. T. Stewart’s career as an undercover wildlife law enforcement officer with the Ohio Department of Natural Resources, Division of Wildlife. For nearly two decades, Stewart infiltrated poaching rings throughout Ohio, the Midwest, and beyond. Poachers Were My Prey chronicles his many exciting undercover adventures, detailing the techniques he used in putting poachers behind bars. It also reveals, for the first time, the secrets employed by undercover wildlife officers in catching the bad guys.

Poaching—the illegal taking of wild game—goes on every day in the United States and throughout the world. Millions of dollars change hands annually from the illegal sale or trade of antlers, hides, horns, meat, feathers, fur, teeth, claws, gall bladders, and other wild-animal parts. As a result, wildlife populations suffer— including endangered and threatened species—and legitimate, law-abiding sport hunters get a bad reputation. R. T. Stewart dedi- cated his professional career to stopping such slaughter by actu- ally living with poachers for months or even years. “In essence, being an undercover officer involves living a lie,” quips Stewart. “You’re always pretending to be someone you’re not.”

Undercover law enforcement is dangerous work and, as a re- sult, extremely stressful. Stewart recalls one particular case during which he realized he was too deeply undercover and came close to forgetting his real identity. Many undercover officers have crossed the line to become the very person they initially swore to stop. In Poachers Were My Prey, readers look over R. T. Stewart’s shoulder as he deals with the temptations offered to an undercover officer, including money, sex, and drugs, and watch as he gets the job done and brings the poachers to justice.

Poachers Were My Prey will be enjoyed by readers interested in law enforcement, wildlife, preservation, hunting, fishing, and the outdoors.

W. H. “Chip” Gross is a professional freelance writer/photog- rapher who, for more than 30 years, has published hundreds of articles in dozens of outdoor-oriented magazines. He is the author of three nonfiction books—Ohio Wildlife Viewing Guide; Pro Tac- tics: Steelhead & Salmon; and Young Beginner’s Guide to Shooting & Archery—and the novel Home, at Last, Is the Hunter.