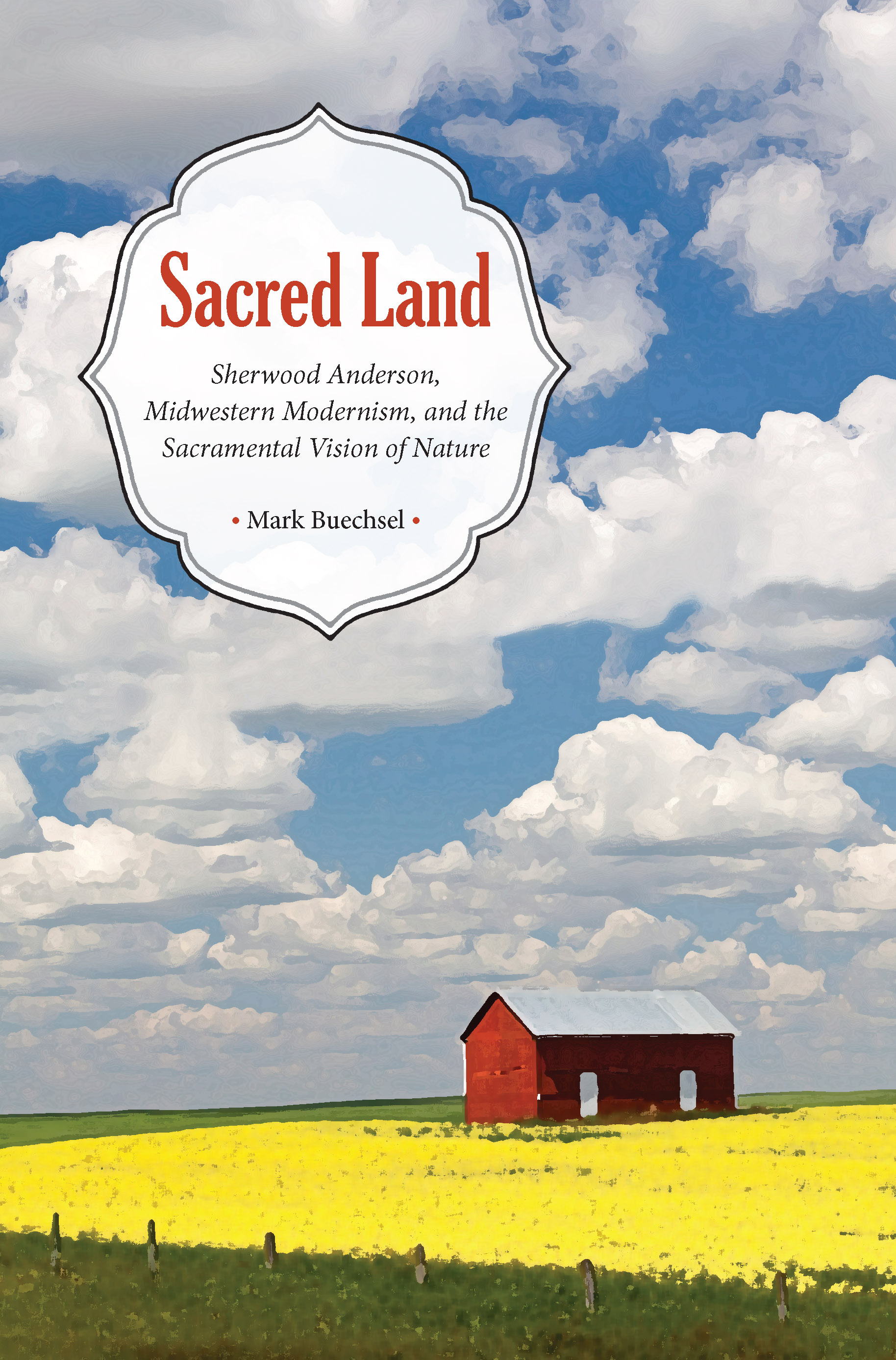 Sherwood Anderson, Midwestern, Modernisms, and the Sacramental Vision of Nature

From the 1910s through the 1930s, Midwestern writers were conspicuously prominent in American literary life. A generation of writers from the Midwest had come of age and had shared an important and motivating cultural experience: the encompassing transformation of rural and urban Midwestern life from traditional craftsmanship, manual labor, and local community to a fragmented, machine-driven, and intensely capitalistic mode of existence. A profound sense of lost possibilities pervaded the literary mood of these authors. An organic Midwestern village culture that had only just begun to take definite shape was swept away, and a fruitful and promising region was sacrificed to crass commercialism.

In Sacred Land, author Mark Buechsel shows that Sherwood Anderson, Willa Cather, and F. Scott Fitzgerald, among others, turned to two potential sources for grounding their region’s and nation’s life authentically: nature itself—particularly the super-abundant nature to be found in Midwestern states and the model provided by the traditional sacramental culture of medieval Europe. The result was a new sacramental vision of how life in the Midwest—and, by extension, life in modern America—might be lived differently. Buechsel demonstrates that each author painted his or her spiritual and cultural vision with different shades and nuances and looked to America’s future with varying degrees of optimism.

Of crucial importance in each author’s work are the characters’ encounters with the Midwestern land, a recalcitrant objective reality that refuses to yield to the wrong kinds of dreams. Characters who are genuinely open to what their engagement with the land has to teach them generally find some personal blessing and learn how to claim a fully human place in the order of things. Characters who fail to learn the lessons nature offers become distorted and grotesque, in a way that expresses the modern condition emblematically. Sacred Land shows that in the process of critiquing American culture, Midwestern writers redefined the American pastoral myth so central to the national psyche.

Mark Buechsel is an assistant professor of English at the University of Saint Francis in Fort Wayne, Indiana. An American- German dual national from birth, Buechsel grew up in a castlecrowned medieval German village but spent his summers at his maternal grandparents’ in Illinois. At age seventeen, Buechsel decided to explore his “other” homeland and moved to Illinois. His abiding interest in Midwestern literature stems from his personal search for his Midwestern American roots.