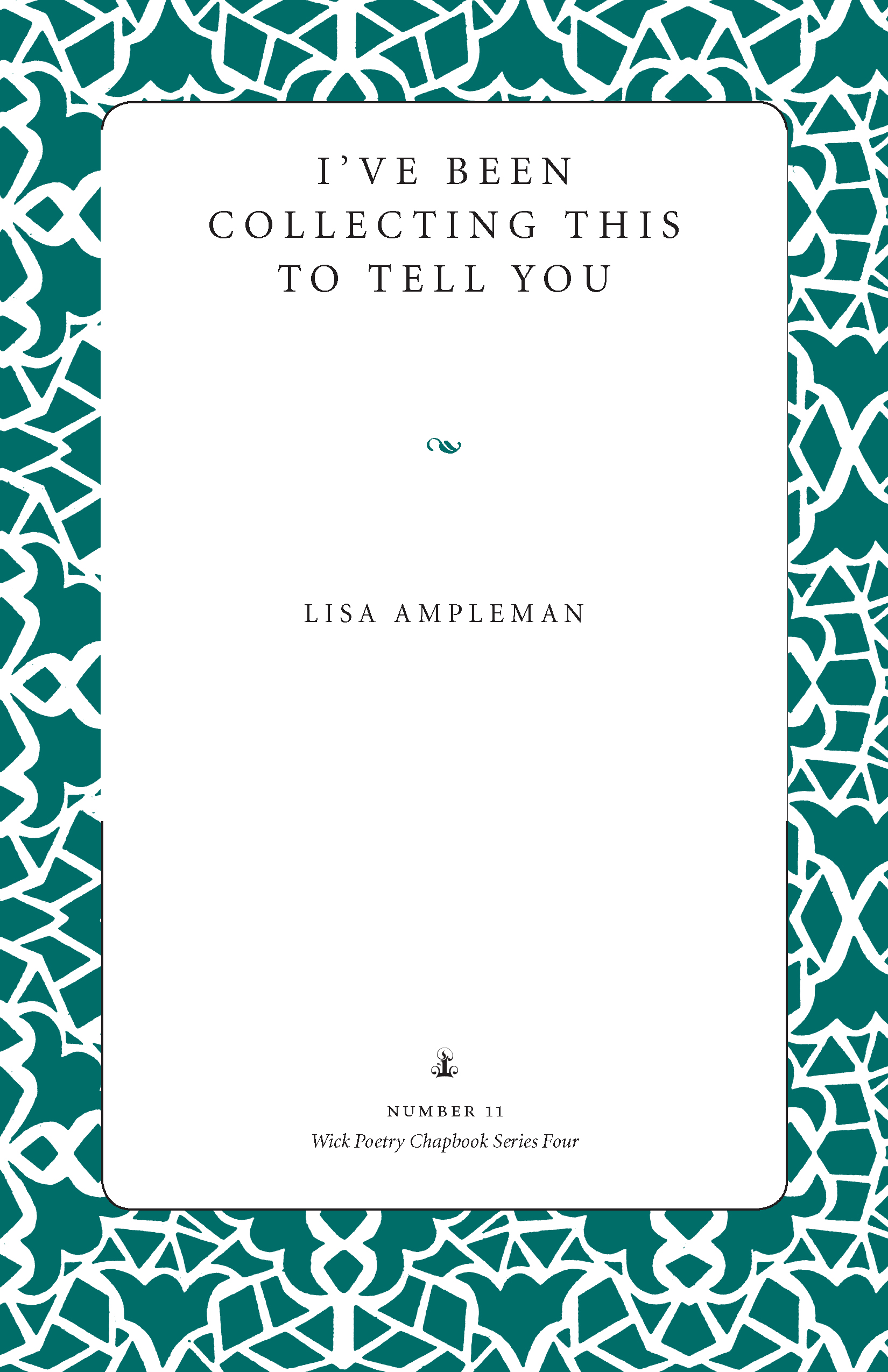 I've Been Collecting This to Tell You

“In the old story of love and loss, Lisa Ampleman’s I’ve Been Collecting This to Tell You cuts to the core of the matter with concision and subtlety. Hearts are laid bare, dissected, even grown anew. Masterfully structured and alert to the most vital details, this collection has lots to tell us—and a voice at once authentic and lyrical with which to do it.”
—Don Bogen

“In these poems, the beloved is a space the speaker moves through—at first with trepidation, then with gathering force— emerging finally into a hard-won world ravishing in its clarity un- der a brutally beautiful “sky pinking up/like a newly healed limb.” The poems of Lisa Ampleman’s collection don’t flinch, and the reward of their acute seeing is a song that’s sustenance itself.”
—Kerri Webster

“Lisa Ampleman’s subtle and beautifully-wrought poems make way for the possibility that all is not “frenzy” in this “agitated world.” Although we might be “the walking wounded,” and “like Thomas/ need scars to believe,” the poems assure us that we heal, that wholeness and grace await us.”
—Eric Pankey

“A prairie is plain, they say—those who have not stood in one. And so, too, is an ordinary heartbreak, until Lisa Ampleman begins to unfold it in these closely observed and quietly surprising poems. Salvation doesn’t live here, but there’s plenty to salvage in the wry, self-effacing metaphors by which she harvests what wisdom experience yields.”
—Susan Tichy

Lisa Ampleman is a Ph.D. student at the University of Cincinnati,.  Her poems have appeared in journals such as Cave Wall, Forklift, Massachusetts Review, and  Notre Dame Review.  She is a Dorothy Sargent Rosenberg Poetry Prize winner and 2011 Ruth Lilly Poetry Fellowship finalist.