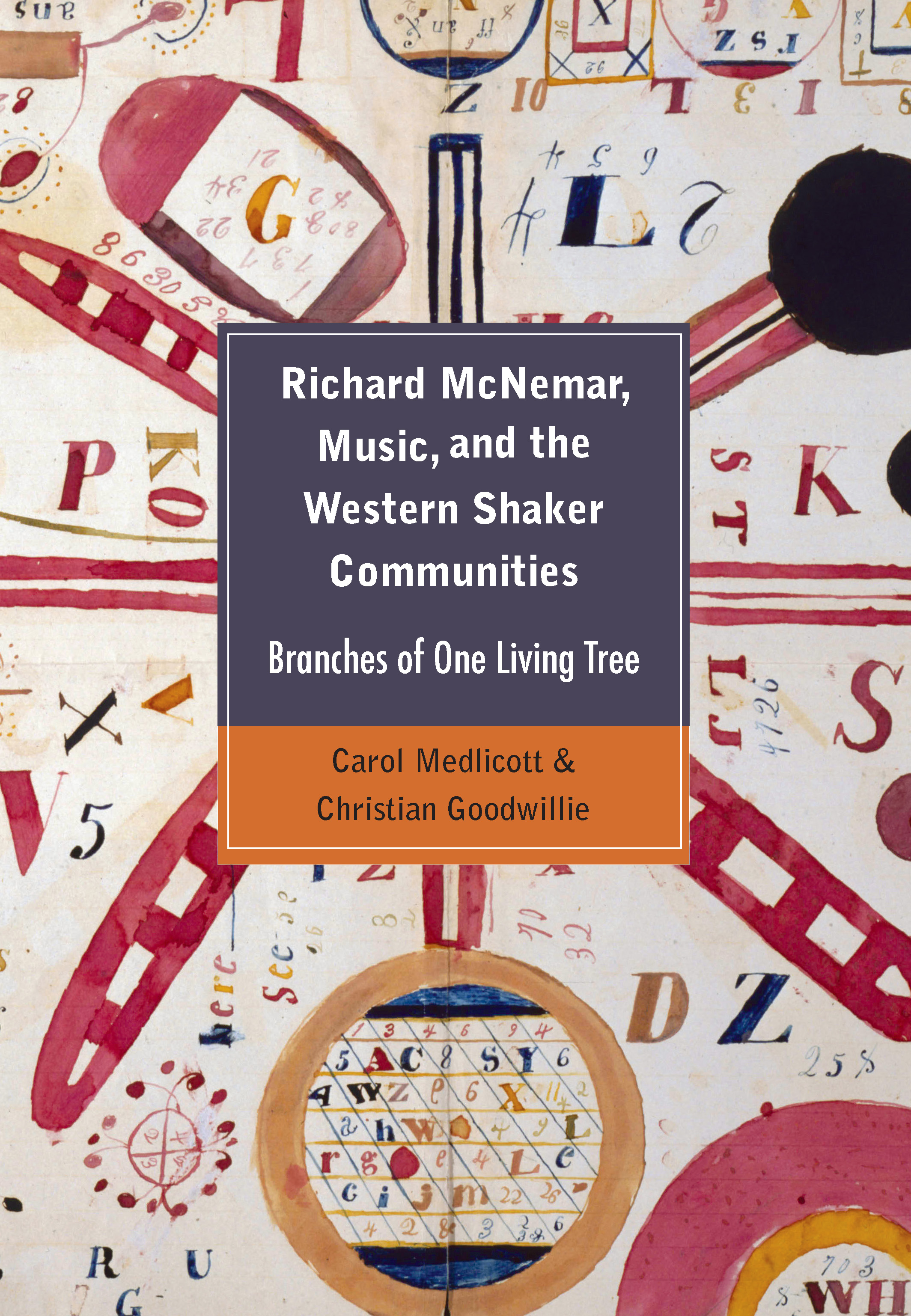 Branches of One Living Tree

The arrival of the Shakers in Ohio, Kentucky, and Indiana in the decades after 1805 saw a substantial escalation in the movement. In Richard McNemar, Music, and the Western Shaker Communities, Carol Medlicott and Christian Goodwillie reconstruct a vast repository of early Shaker hymns, using them to uncover the dramatic history of Shakerism’s bold expansion to the frontier. With newly discovered tunes for more than one hundred Shaker hymns, this volume illuminates a little-known dimension of American folk hymnody.

Richard McNemar’s blended passions of printing, theology, and hymn writing were well suited to the needs of the new western Shaker enterprise. The abundance of rich spiritual and doctrinal hymns circulated by McNemar throughout the Shaker world literally gave voice to a generation of Shakers. In the early 1830s, he established a printing press at the Shaker settlement of Watervliet on the outskirts of Dayton, Ohio. There, in collaboration with other Shaker musicians and leaders, McNemar produced the first printed hymnal of the Shaker west.

McNemar’s hymnal appeared at a crucial juncture in Shaker history. The Shaker west was a full generation old, and in several communities the transition to younger leaders was a struggle. Shaker spirituality and worship patterns were changing fast during the decade. Shaker music itself was quickly evolving in the 1830s, with the onset of new song styles and the formalization of a distinctive music notation method.

Medlicott and Goodwillie paint a rich picture of the Shaker west during its most dynamic years. They probe the hymn texts and use them to illuminate the dramatic events of the Shaker west from its founding through the 1830s. They analyze the collection of hymns and hymn tunes in light of the development of Shaker hymnody by the 1830s and of American folk hymnody in general. A series of carefully researched commentaries is presented alongside the score for each hymn, serving to contextualize them individually. One learns of the hymn’s history, its authorship, and its use among the Shakers, making this exploration an invaluable reference for music historians, students of Shaker history, and students of Ohio cultural history.

Carol Medlicott is associate professor in the Department of History and Geography at Northern Kentucky University near Cincinnati, Ohio. A historical geographer, she has been research- ing the Shaker west since 2004. Her work has been published in Timeline of the Ohio Historical Society and American Communal Studies Quarterly, as well as several book chapters and mono- graphs.

Christian Goodwillie is director of Special Collections at Hamilton College, Clinton, New York. He is also president of the Communal Studies Association and associate editor of the Richard W. Couper Press. He has published five books and numerous articles on the Shakers and associated topics.