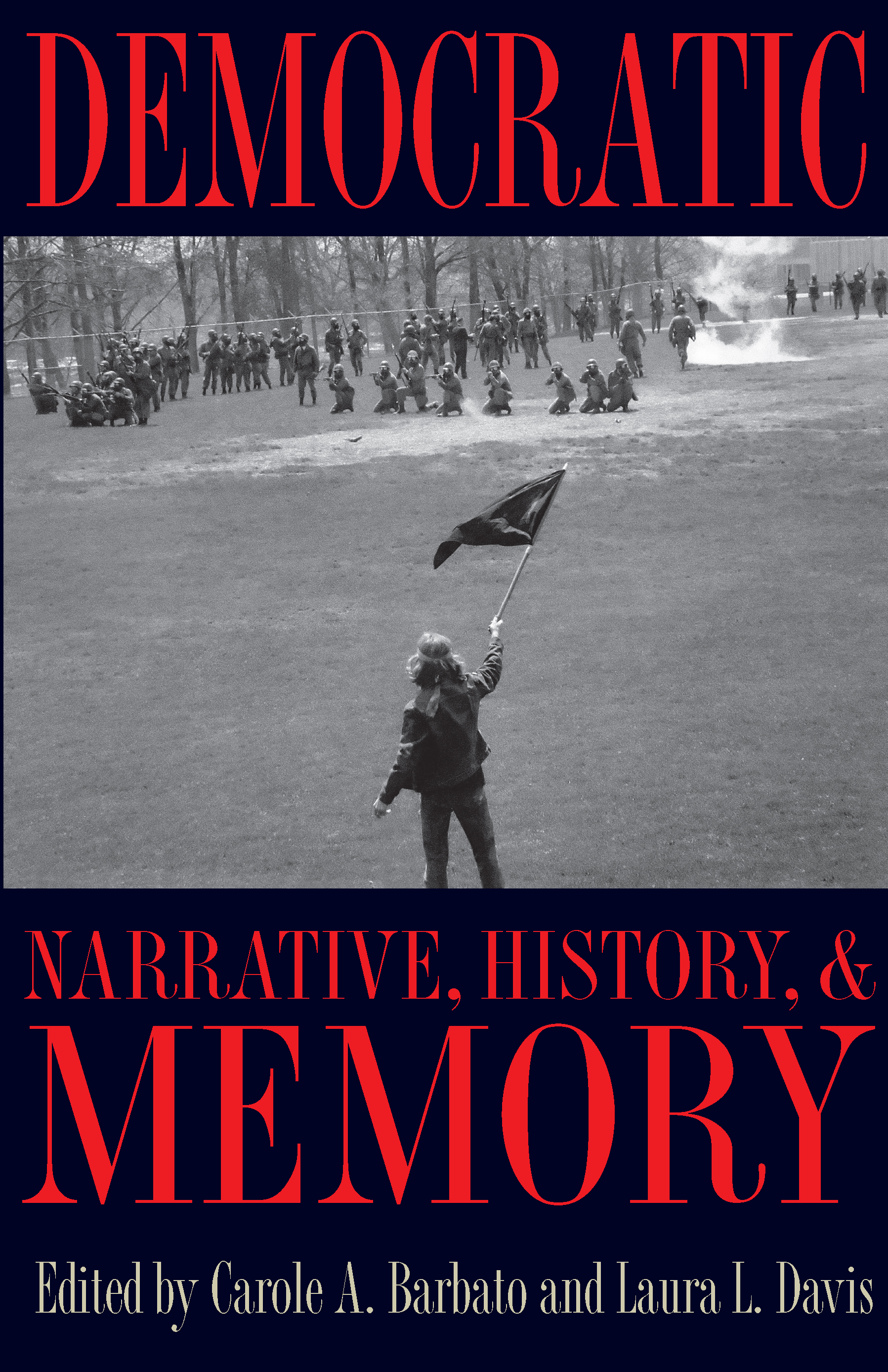 Social justice and the shaping of public memory

The essays in this volume explore the complex relationships among events, memory, and portrayal of those events and the deepest questions of human experience, all viewed through a range of disciplinary lenses but grouped into three sections, each with its own focus and meaning.

The first group of essays focuses on the events of May 4, 1970, when the Ohio National Guard shot Kent State University students, killing four of them and causing shock waves that continue to resonate among those concerned with peace and violence, silence, and giving voice. Essays in the second group address the part played by corporate and noncorporate media in shaping public memory and raising public consciousness. The final section examines acts of remembrance and reconciliation within local communities and the long history of discrimination within the national community, directly and indirectly proposing ways in which society can move toward social justice.

For four decades, the Kent State University community has worked to preserve the stories of those who were lost on May 4th, both to honor them and to reveal the universal meanings behind the events. The community is negotiating, in a literal sense, the space between memory and history and between social remembering and historical analysis. For many at Kent State and in other communities that have experienced violence, the historical event is a lived event. Acts of scholarship are sometimes acts of remembrance and commemoration at the same time.

This volume emanates from a commemorative act—the University’s tenth Symposium on Democracy, founded in 2000 as a living memorial to the four students who lost their lives and as an enduring dedication to scholarship that seeks to prevent violence and promote democratic values and civil discourse. The work in this collection pursues historical meaning that holds relevance for a particular community and speaks indelibly to the entire human community.

The late Carole A. Barbato was professor of communication studies at Kent State University. She published a book, several book chapters, and a number of journal articles in her field, including an article on the Kent State shootings in the Journal of Loss and Trauma. Barbato died in 2014. Laura L. Davis is Professor Emerita of English at Kent State University. She is editor of “Freya of the Seven Isles” in the ’Twixt Land and Sea volume of the Cambridge Edition of the Works of Joseph Conrad and three essay collections on Conrad and on Virginia Woolf. She and Barbato team taught Kent State’s permanent course on May 4th, are coauthors of an essay on the shootings in Time It Was: American Stories from the Sixties, with two colleagues wrote a successful nomination to place the May 4th site on the National Register of Historic Places, and created a walking tour of the May 4th site.