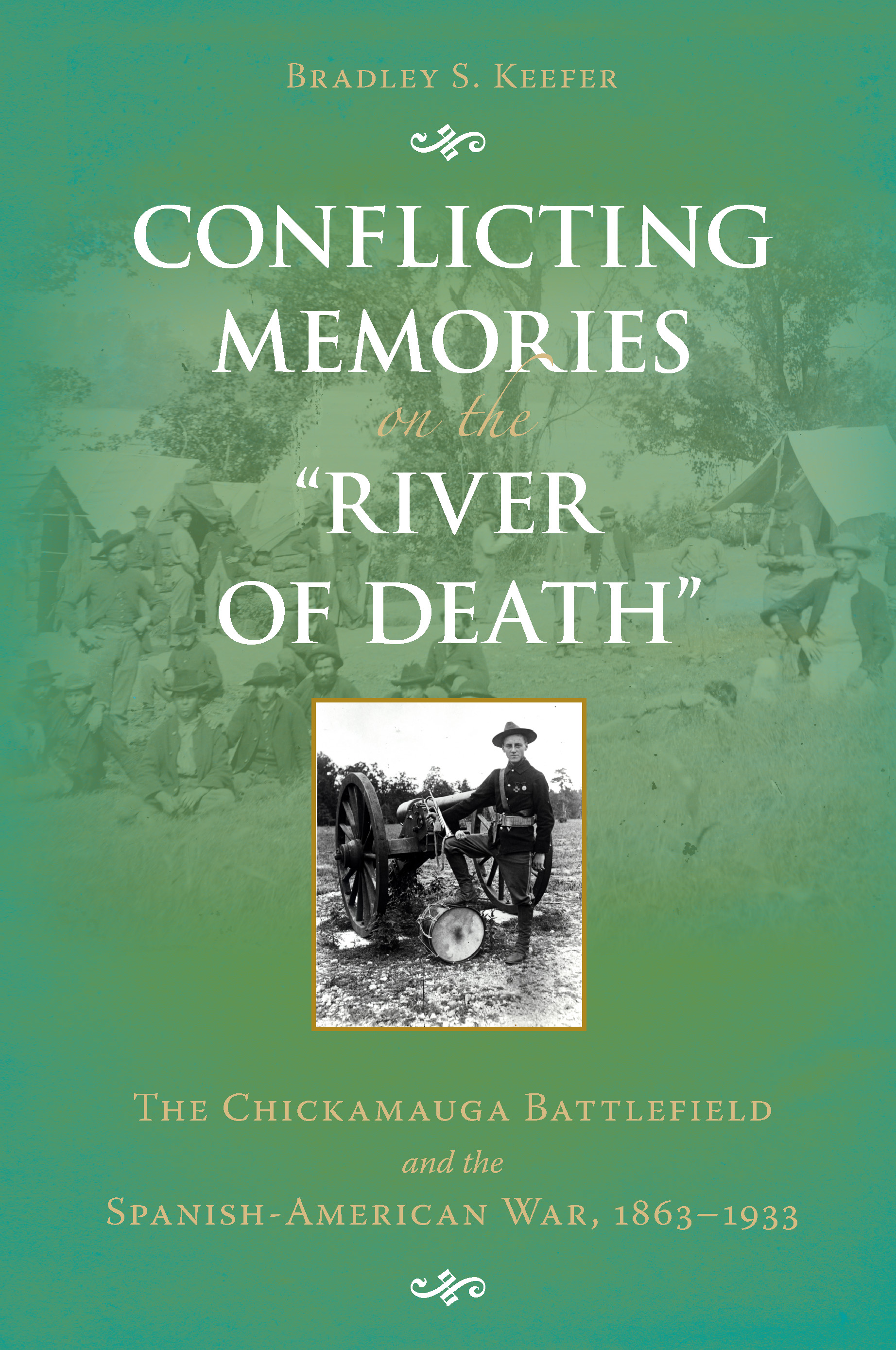 Conflicting Memories on the 'River of Death'

The Chickamauga Battlefield and the Spanish-American War, 1863-1933

On September 19 and 20, 1863, the Union Army of the Cumberland and the Confederate Army of Tennessee fought a horrific battle along Chickamauga Creek in northern Georgia. Although the outcome of this chaotic action was a stunning Confederate victory, the campaign ended with a resounding Union triumph at Chattanooga. The ill-fated Army of Tennessee never won another major battle, while the Army of the Cumberland was ultimately separated from its beloved commander, George H. Thomas.

Beginning with an account of the fierce fighting in 1863, author Bradley Keefer examines how the veterans of both sides constructed memories of this battle during the three decades leading to the creation of the Chickamauga and Chattanooga National Military Park. By preserving this most prominent battlefield, the former foes created a sacred, commemorative landscape that memorialized mutual valor, sacrifice, and sectional reconciliation.

Three years after the park’s 1895 dedication, the War Department made the Chickamauga battlefield the main training site for volunteer troops during the Spanish-American War and temporarily renamed it Camp George H. Thomas. Firsthand accounts by the camp’s soldiers initially reinforced the heroic connections between the Civil War and the war with Spain. However, rapidly deteriorating conditions at the camp contributed to a typhoid fever epidemic that killed more than 700 men. The resulting scandal created a rift between the Civil War veterans, led by park founder Henry V. Boynton, and the disgruntled Spanish-American War soldiers who claimed that the park was unhealthy, the War Department negligent, and the deaths unnecessary.

The aging Civil War veterans worked tirelessly to restore the park to its former condition by obliterating the remnants of Camp George H. Thomas and obscuring its place in memory. For the veterans of the Spanish-American War, the ambiguous memories surrounding their ordeal at Camp George H. Thomas reflected their inability to make a significant dent in the nation’s collective consciousness. The neglect and victimization that many Spanish and Philippine war veterans felt they had endured at the camp continued well into the twentieth century as they and their accomplishments were gradually overshadowed by the legacy of the Civil War and the epic significance of the two World Wars.

Bradley S. Keefer is assistant professor of history at Kent State University’s Ashtabula Campus, where he teaches courses on the Civil War, Reconstruction, and the Progressive Era. His current research looks at the connections between Civil War reenacting, battlefield preservation, and collective memory and their impact on the commemoration of the war’s sesquicentennial.