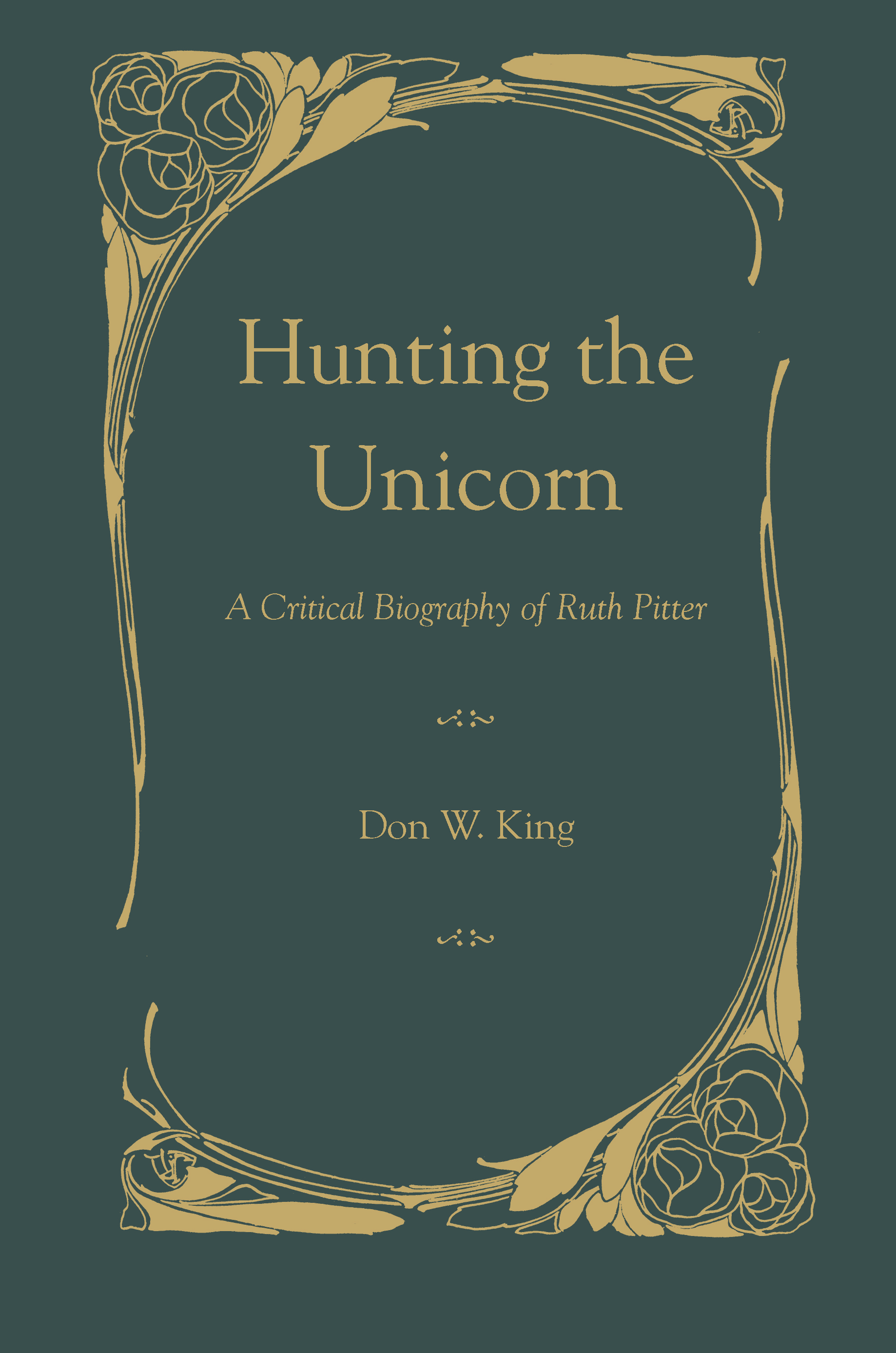 A Critical Biography of Ruth Pitter

A significant poet in her own right, Ruth Pitter has long deserved this biography, which thoughtfully assesses her place in the British poetic landscape. Popular in the United Kingdom from the early 1930s until her death in 1992, Pitter won the Hawthornden Prize for Literature in 1937 for A Trophy of Arms and was the first woman to win the Queen’s Gold Medal for poetry in 1955. A working artisan from Chelsea, she lived through World War I and World War II and appeared often on BBC radio and television. Pitter had close relationships with C. S. Lewis, Owen Barfield, Lord David Cecil, and other Inklings. Author Don W. King’s exploration of these notable friendships brings a critical perspective to Pitter’s remarkable life and work. Once she found her poetic voice, Pitter created work that is profound, amusing, and beautiful. The lyricism and accessibility of her poems reflect her personality—humorous, independent, brave, kind, stern, proud, and humble. King draws on Pitter’s personal journals and letters to present this overview of her life and also offers a close, critical reading of Pitter’s poetry, tracing her development as a poet. Hunting the Unicorn is the first treatment to discuss the entire body of Pitter’s verse. It will appeal to scholars and general readers as it places Pitter into the overall context of twentieth-century British poetry and portrays a rather modest, hardworking woman who also “witnessed” the world through the lens of a gifted poet.

Don W. King is professor of English at Montreat College in North Carolina. He is also editor of The Christian Scholar’s Review. He recently published C. S. Lewis: Poet: The Legacy of His Poetic Impulse (Kent State University Press, 2001).