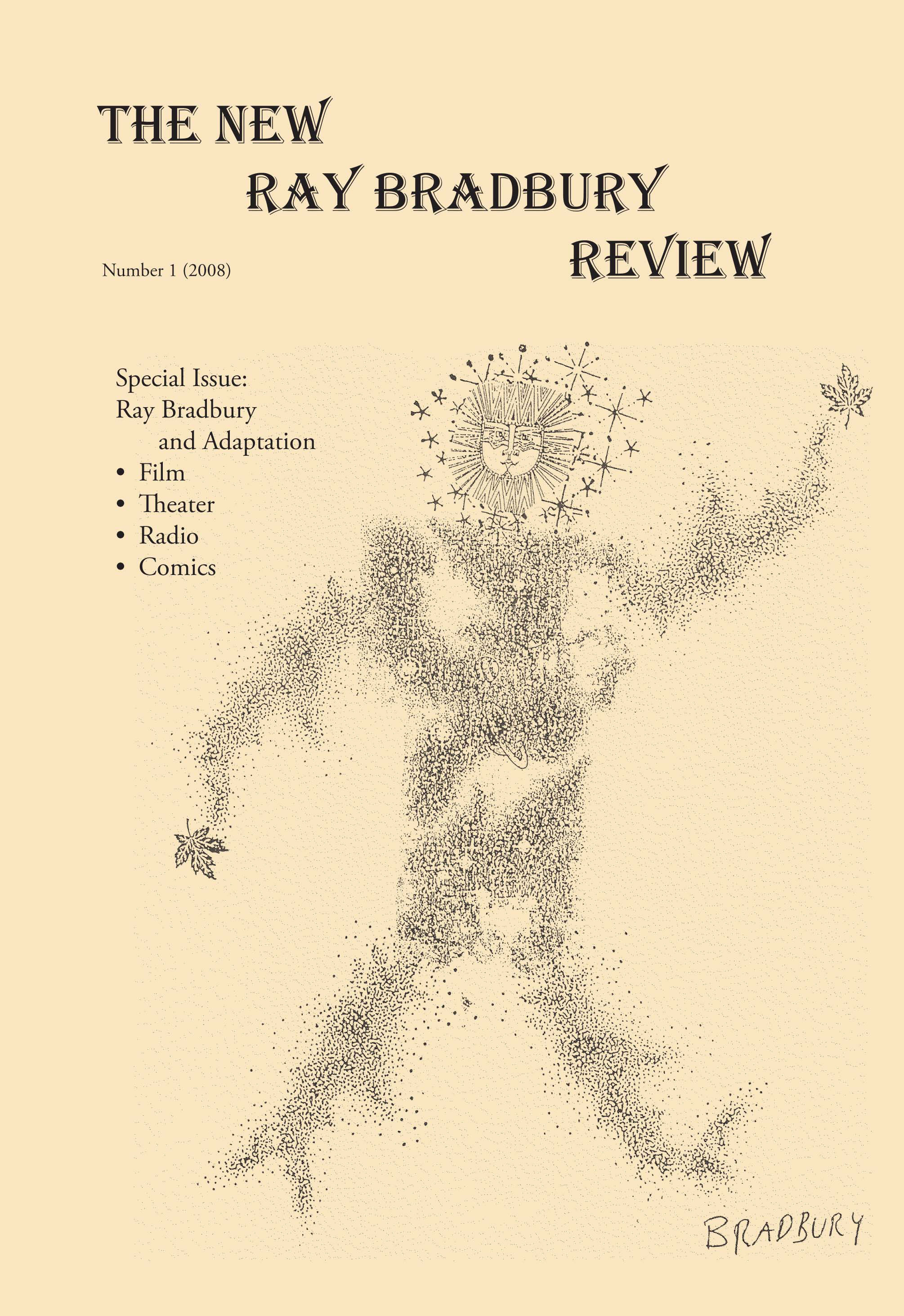 Like its pioneering predecessor, the one-volume review published in 1952 by William F. Nolan, The New Ray Bradbury Review contains articles and reviews about Bradbury but has a much broader scope, including a thematic focus for each issue. Since Nolan composed his slim volume at the beginning of Bradbury’s career, Bradbury has birthed hundreds of stories and half a dozen novels, making him one of this country’s most anthologized authors. While his effect on the genres of fantasy, horror, and science fiction is still being assessed (See Ray Bradbury: The Life of Fiction, Kent State University Press, 2004), there is no doubt of his impact, and to judge from the testimony of his readers, many of them now professional writers themselves, it is clear that he has affected the lives of five generations of young readers.

The New Ray Bradbury Review is designed primarily to study the impact of Ray Bradbury’s writings on American culture. It is the central publication of The Center for Ray Bradbury Studies, a newly established archive of Bradbury’s writings located at Indiana University. This first number is devoted to the question of adaptation, or Bradbury’s translation into other media. Bradbury often speaks of himself as a “hybrid” writer, someone whose authorship took shape in a culture dominated by mass media and the decline of book reading. What has been the effect of this “reign of adaptations” on Bradbury’s authorship? How has Bradbury in turn been served by the translation of his work into other media—radio, film, television—both by himself and by others? A group of international scholars explores these questions in terms of the media they work in and study. This first number also features two of Bradbury’s unpublished screenplays and an extensive bibliography of Bradbury’s adaptation into other media.

Fans and scholars will welcome The New Ray Bradbury Review, as it will add to the understanding of the life and work of this recently honored author, who received both a National Book Award and a Pulitzer Prize.

Interested in learning more about this and future projects with the The Center for Ray Bradbury Studies? Click here listen to William F. Touponce address these issues.

William F. Touponce is professor of English and adjunct professor of American Studies in the Institute for American Thought at Indiana University-Purdue University, Indianapolis. He is coauthor, with Jonathan Eller, of Ray Bradbury: The Life of Fiction (Kent State University Press, 2004). His other publications include Ray Bradbury and the Poetics of Reverie, Frank Herbert, and Isaac Asimov.