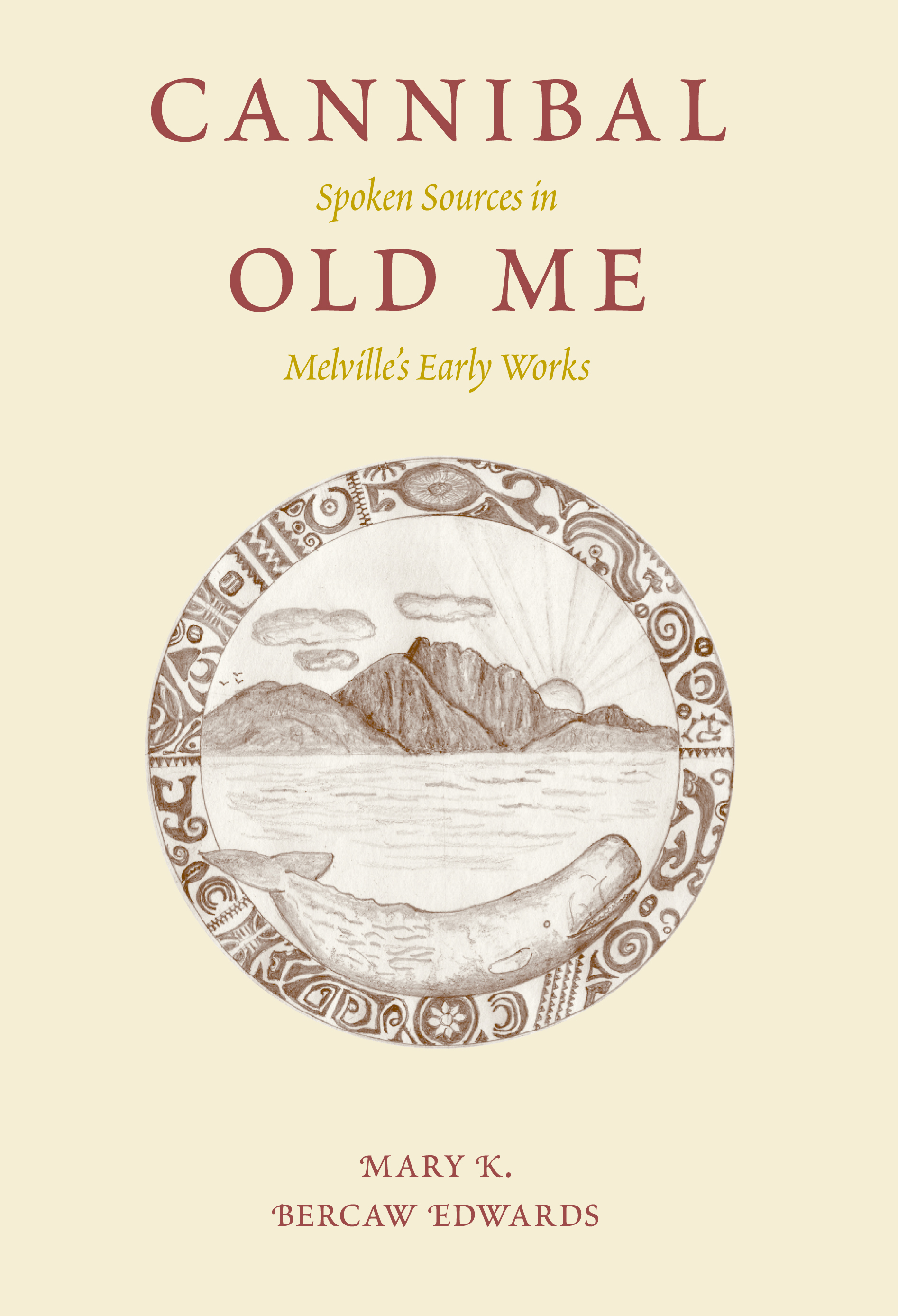 An examination of Melville’s “borrowing”

“Mary Bercaw Edwards has researched the sources very thoroughly, going well beyond the previously published source studies. The result is a sound historical account of the ‘talk’ Melville encountered in the 1840s, and in emphasizing the oral sources of Melville’s discourses, Edwards provides an original contribution to source studies of Melville. She presents her research interestingly as well, in clear, readable prose. Her scholarship will certainly be of interest to Melville scholars, but it will also engage the attention of anyone interested in American culture and popular culture of the period.”—John Samson, associate professor of English, Texas Tech University

At the age of twenty-one, Herman Melville signed on the whaleship Acushnet as a common seaman and sailed from Massachusetts to the South Pacific. Upon reaching Nuku Hiva in the Marquesas Islands, he deserted and spent a month ashore on this reputed “cannibal island.” He departed as crew of another whaleship but was put ashore in the heavily missionized Tahitian islands after participating in a bloodless mutiny. Eventually making his way to Hawaii, he joined the crew of the American frigate United States and finally reached Boston in October 1844 after four years at sea.

By the time he sat down to write his first book, Melville had been recounting tales of these experiences orally for four years. The spoken elements of the overlapping discourses involving sailors, cannibals, and missionaries are essential to his first six books. Mary K. Bercaw Edwards investigates the interplay between spoken sources and written narratives. She closely examines how Melville altered original stories, and she questions his truthfulness about his experiences. Bercaw Edwards also explores the synergistic blend of the oral and written worlds of seafaring and the South Pacific and provides an analysis of Melville’s development as a writer. It is a study of the aesthetic, ethical, linguistic, and cultural implications of Melville’s borrowing.

Cannibal Old Me is an excellent contribution to Melville scholarship, challenging long-held assumptions regarding his early works. Scholars as well as students will welcome it as an indispensable addition to the study of nineteenth-century literature and maritime history.

Mary K. Bercaw Edwards is associate professor of English at the University of Connecticut. Her previous publications include Melville’s Sources (1987), Herman Melville’s Whaling Years (2004), and “Ungraspable Phantom”: Essays on Moby-Dick (Kent State University Press, 2006) that she coedited with John Bryant and Timothy Marr.