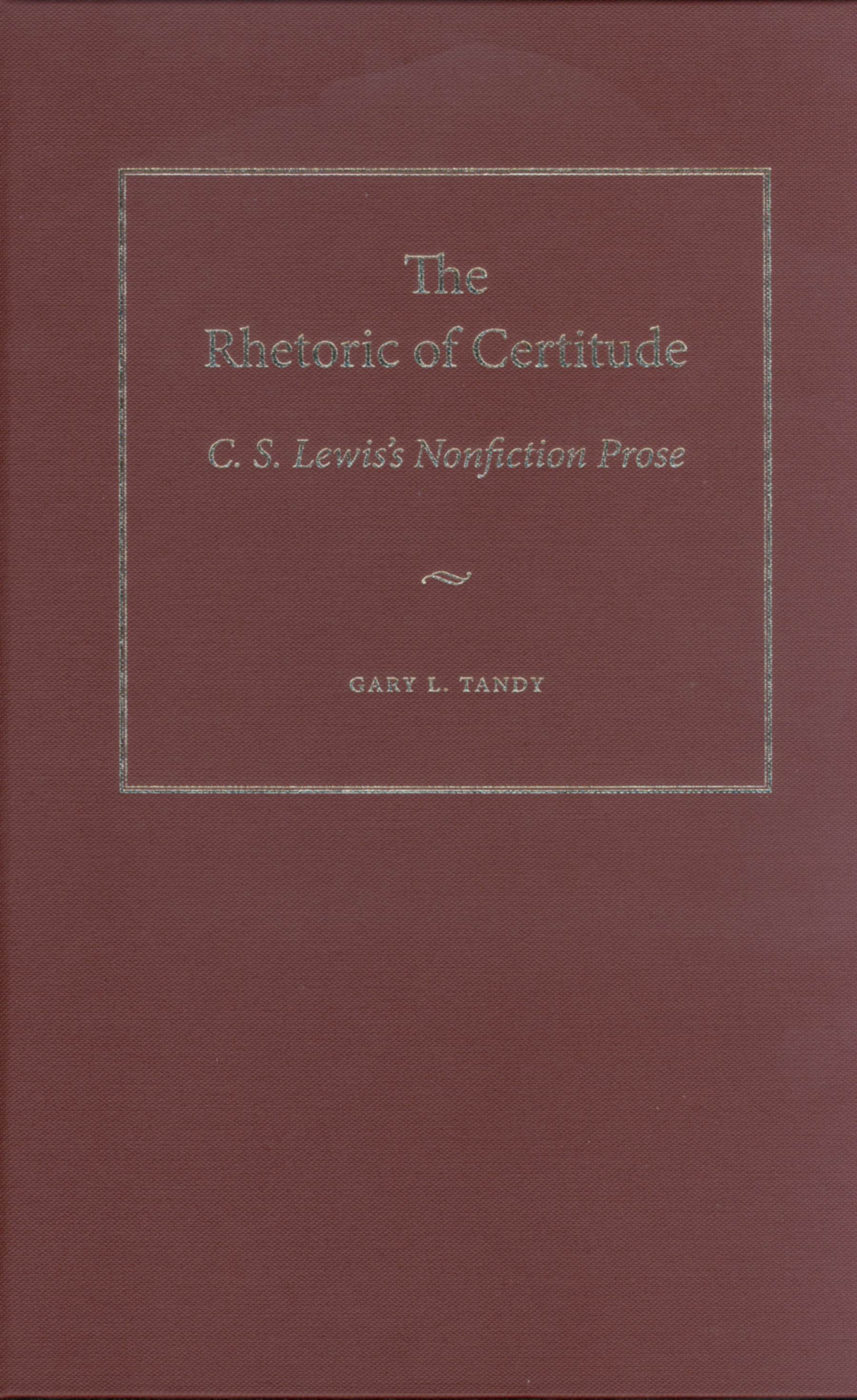 The Rhetoric of Certitude

While numerous studies on C. S. Lewis’s literary achievements have been published in the past several years, The Rhetoric of Certitude brings much-needed attention to Lewis’s nonfiction prose, identifying his unique style and explaining why his writing has remained popular while that of so many of his contemporaries has not. In this thorough examination of Lewis’s religious essays and literary criticism, author Gary L. Tandy argues that Lewis’s style evolved from a “purposeful rhetorical stance” that unites his nonfiction prose, a style that was informed by his ideas on language, communication, and style, as well as his view of Christianity, and can be most accurately described as a rhetoric of certitude. Tandy begins with Lewis’s context, examines his comments to set up his theory of rhetoric and communication, treats Lewis’s argumentative approach, places him within a rhetoric of certitude, and suggests his style was similar in both his religious and critical writings. The Rhetoric of Certitude is certain to become a bellwether in the discussion of Lewis’s nonfiction prose and will be welcomed by C. S. Lewis scholars and specialists.

Gary L. Tandy, professor of English at Cascade College in Portland, Oregon, received his Ph.D. from the University of Tulsa. He has published essays in Christian Chronicle and Upreach.