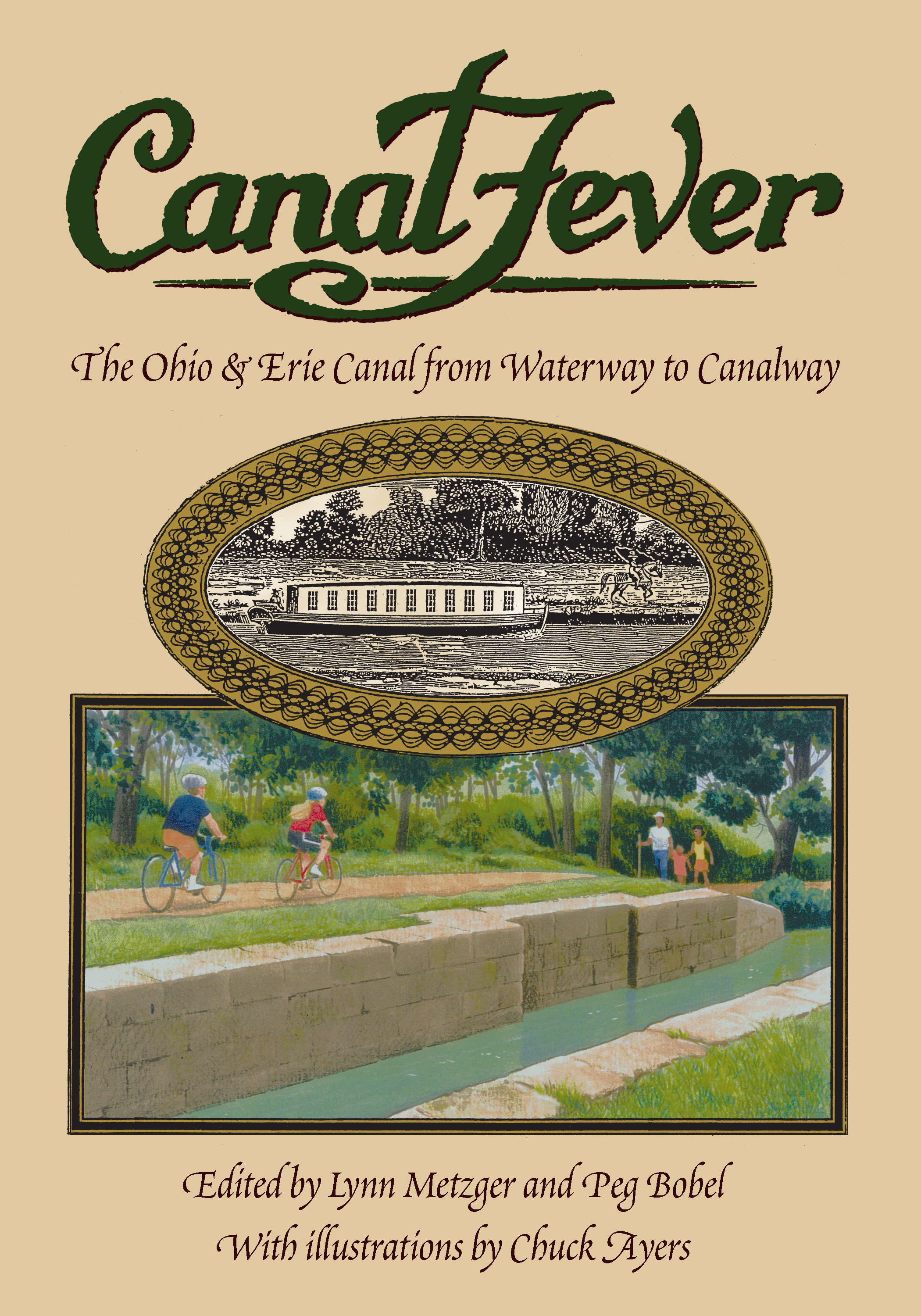 The Ohio & Erie Canal, from Waterway to Canalway

Original essays on the past, present, and future of the Ohio & Erie Canal

Combining original essays based on the past, present, and future of the Ohio & Erie Canal, Canal Fever showcases the research and writing of the best and most knowledgeable canal historians, archaeologists, and enthusiasts. Each contributor brings his or her expertise to tell the canal’s story in three parts: the canal era—the creation of the canal and its importance to Ohio’s early growth; the canal’s decline—the decades when the canal was merely a ditch and path in backyards all over northeast Ohio; and finally the rediscovery of this old transportation system and its transformation into a popular recreational resource, the Ohio & Erie Canalway.

Included are many voices from the past, such as canalers, travelers, and immigrants, stories of canal use through various periods, and current interviews with many individuals involved in the recent revitalization of the canal. Accompanying the essays are a varied and interesting selection of photographs of sites, events, and people, as well as original maps and drawings by artist Chuck Ayers.

Canal Fever takes a broad approach to the canal and what it has meant to Ohio from its original function in the state’s growth its present-day function in revitalizing our region. Canal buffs, historians, educators, engineers, and those interested in urban revitalization will appreciate its extensive use of primary source materials and will welcome this comprehensive collection.

Lynn Metzger is a cultural anthropologist and is semiretired from the University of Akron. She has a B.A. and an M.A. in history from the University of Akron and a Ph.D. in Anthropology and American Studies from Case Western Reserve University. In addition to her work as a faculty member, she has coordinated community-based research and archaeology and resource interpretation in the area. Metzger and her husband have been involved in various ways in the development of the Ohio & Erie Canalway. Peg Bobel, a native of Akron, Ohio, worked for over 30 years as a social worker and nonprofit administrator. She enjoys writing and editing, often combining her interests in natural history and regional history. She and her husband, Rob, have written or edited several popular guides to the local area, including Trail Guide: Cuyahoga Valley National Park, The Nature of the Towpath, and Towpath Companion.