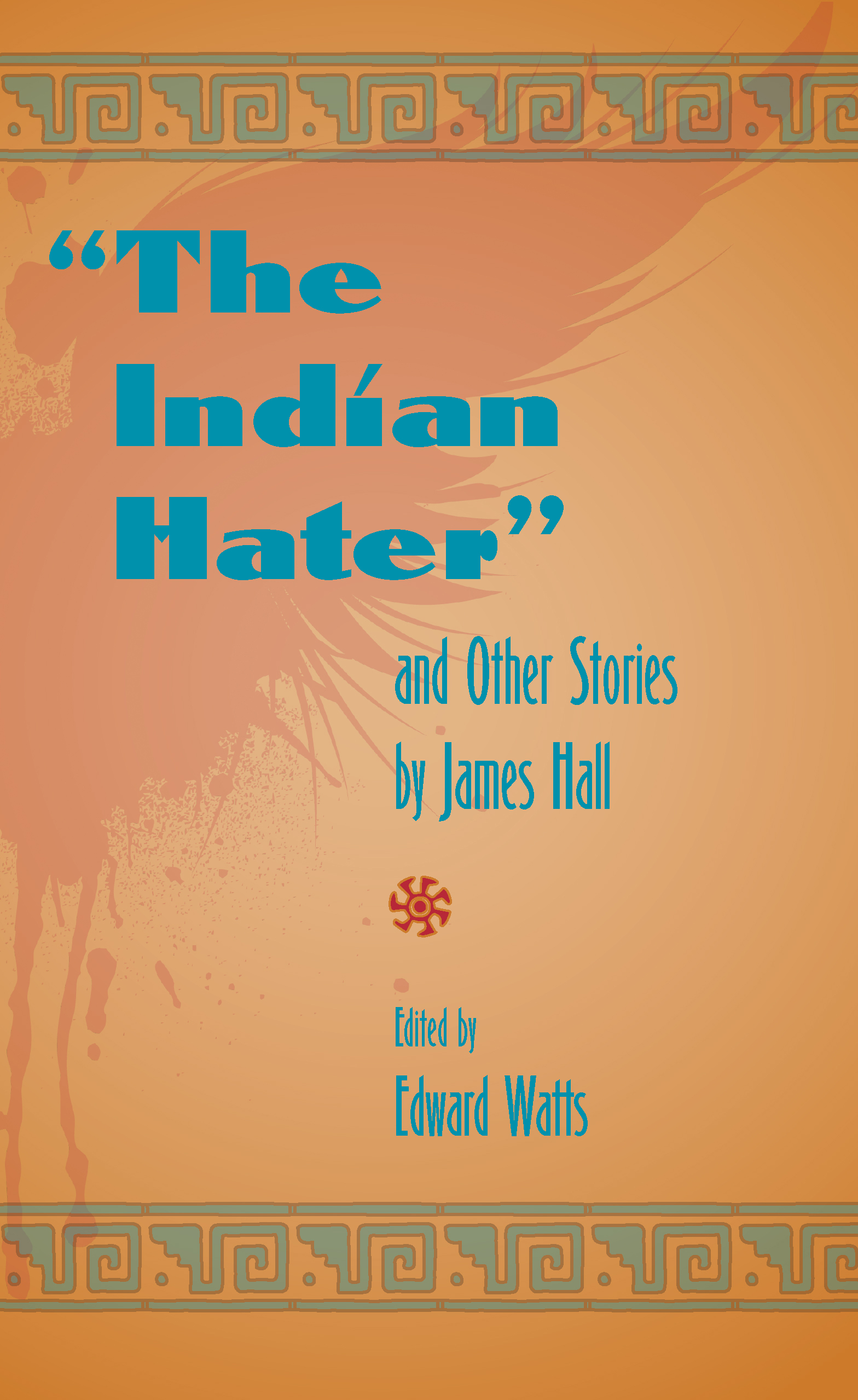 The Indian Hater and Other Stories by James Hall

“James Hall was part of a literary scene in Cincinnati and in Illinois at the same time as Hawthorne and Irving were publishing short stories in New York and Boston. Middle Westerners should be delighted to rediscover one of their earliest masters of short fiction. Hall’s style has all the charm of his most talented peers and deftly employs the techniques of sentimentality, irony, and physiognomy that were so popular at the time.”
—Gordon Sayre, University of Oregon

“The Indian Hater” and Other Stories, by James Hall returns to print an important and popular writer from an often-overlooked moment in American literary history. In the decades before the Civil War, when readers and writers in both the United States and England thought about writing from the American West they thought about James Hall (1793–1867) and his stories “The Indian Hater” and “Pete Featherton.” Between 1828 and 1836, Hall wrote dozens of short stories in a wide variety of genres while working as an editor, politician, and businessman, first in frontier Illinois and after 1833 in Cincinnati. Many of his stories were immediately reprinted on both sides of the Atlantic and achieved success with both the popular audience and the critics, despite their unorthodox treatment of the frontier.

Born a younger son to a prominent Philadelphia literary family, Hall first heard many of the stories that inspired his later fiction as a lawyer and judge riding the circuit in 1820s Illinois. Describing more common subjects than the sweeping narratives of James Fenimore Cooper or Francis Parkman, Hall’s stories depict complex cultural collisions and exchanges: French settlers still populate his southern Illinois, and their more humane treatment of their Indian neighbors is contrasted with that of the Anglo-Americans Hall saw flooding the region; his white men are complicated and often corrupted, hardly confirmations of the myths of Daniel Boone or Cooper’s Leatherstocking; his Indian characters are complex and humanized, unusual depictions in a moment of race-based Manifest Destiny; and Hall’s West is simultaneously tragic, violent, comedic, and deeply conflicted. James Hall was popular and important in his moment, and his stories embody very progressive sentiments. His most famous story, “The Indian Hater,” is Hall’s fictionalization of a real-life settler who, to avenge earlier attacks on his family, periodically hunted and murdered Indians at random. He wrote two versions of this tale, both included in the current volume, the second of which ends with a successful interracial marriage, a very controversial theme at the time.

To read these stories is to rediscover an American frontier too often left out of the history books, one rendered by the hands of a master prose stylist. The lack of quality of nineteenth-century texts coupled with the growing interest in early American writers make “The Indian Hater” and Other Stories, by James Hall an important addition to both U.S. history and literature.