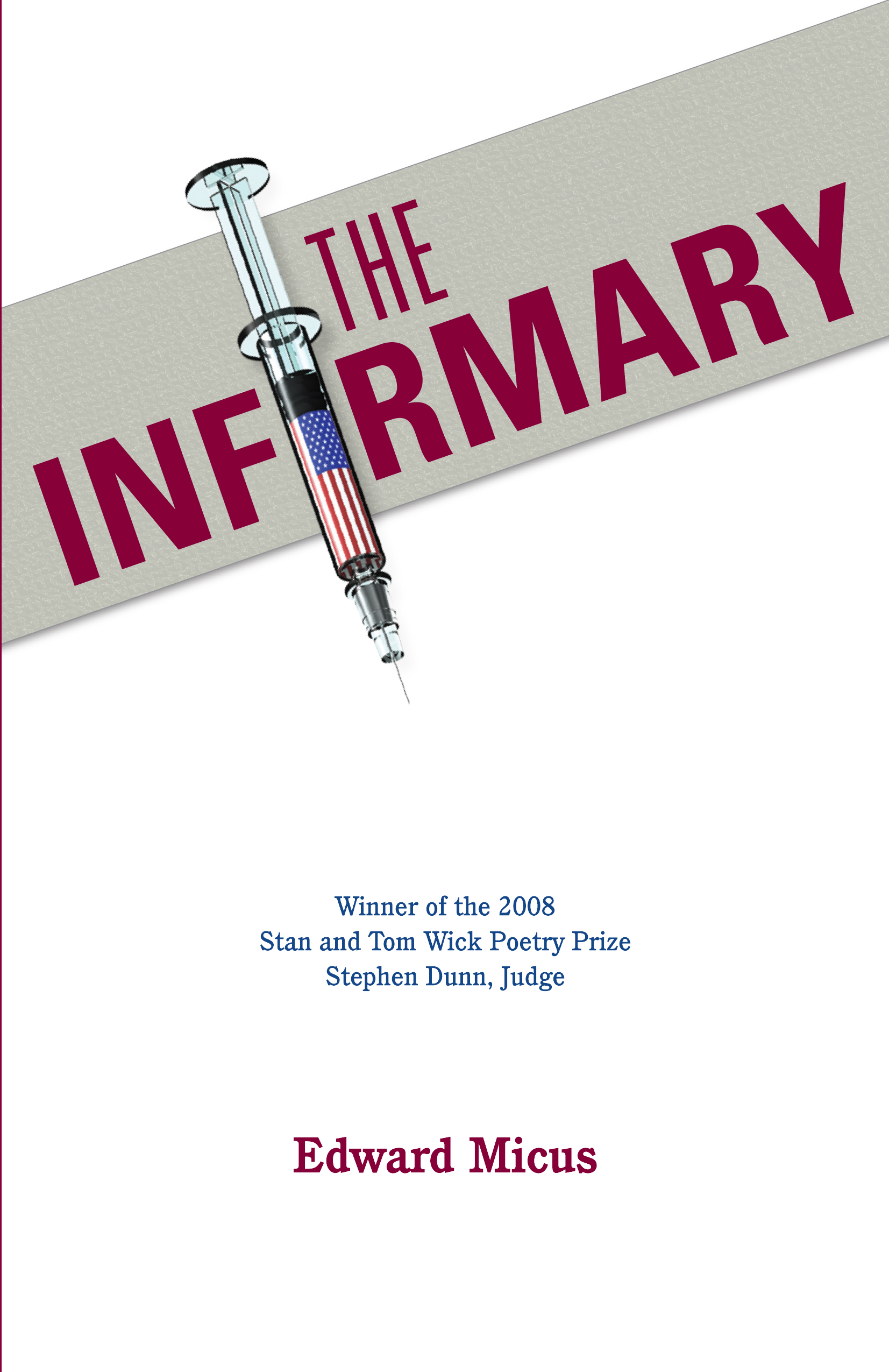 Winner of the 2008 Stan and Tom Wick Poetry Prize

“[Edward Micus’s The Infirmary is] a rarity: a mature debut, a first book of poems with time-tested virtues. . . . Unlike many of the Vietnam poems written at the time of the war or shortly thereafter—poems of anger or protest—Edward Micus’s poems are composed, in every sense of that word. They delineate and measure their subjects; they do not advocate or hector; they do not sentimentalize. Many of them, like ‘Ambush Moon’ and ‘So We Shot,’ will take their places among the very best war poems. . . . The Infirmary is a book that keeps deepening its concerns. For all its early charm, it pretties up nothing. Yet it’s not without humor, and its prose interludes are written with the same care that the poems themselves exhibit.”
—from the foreword by Stephen Dunn,
Judge of the 2008 Stan and Tom Wick Poetry Prize

“Edward Micus won’t write the kind of poem whose language leads only to charming confusions, whose music is machine-pressed, a tin ornament. His poems instead speak directly, and their quiet, searing imagery burns down the fence between visible and invisible world. That music you hear—it’s the rhythm of affection, for places, lovers, friends. It’s the rhythm of the blood ‘taking in what it can, making its laps, / leading us on.’”
—Richard Robbins

Edward Micus is retired assistant director of the Center for Creative Success at Mankato State University in Minnesota. He is a past winner of the Loft-McKnight Poetry Award, a finalist for the Minnesota Book Award, and winner of the New Rivers Press New Voices award. His poetry has been published in The Harvard Review, Laurel Review, Chelsea, Cutbank, New York Quarterly, Seattle Review, Midwest Quarterly, North American Review, Spoon River Quarterly, Seneca Review, Stardust and Fate, Verse, and Poetry.