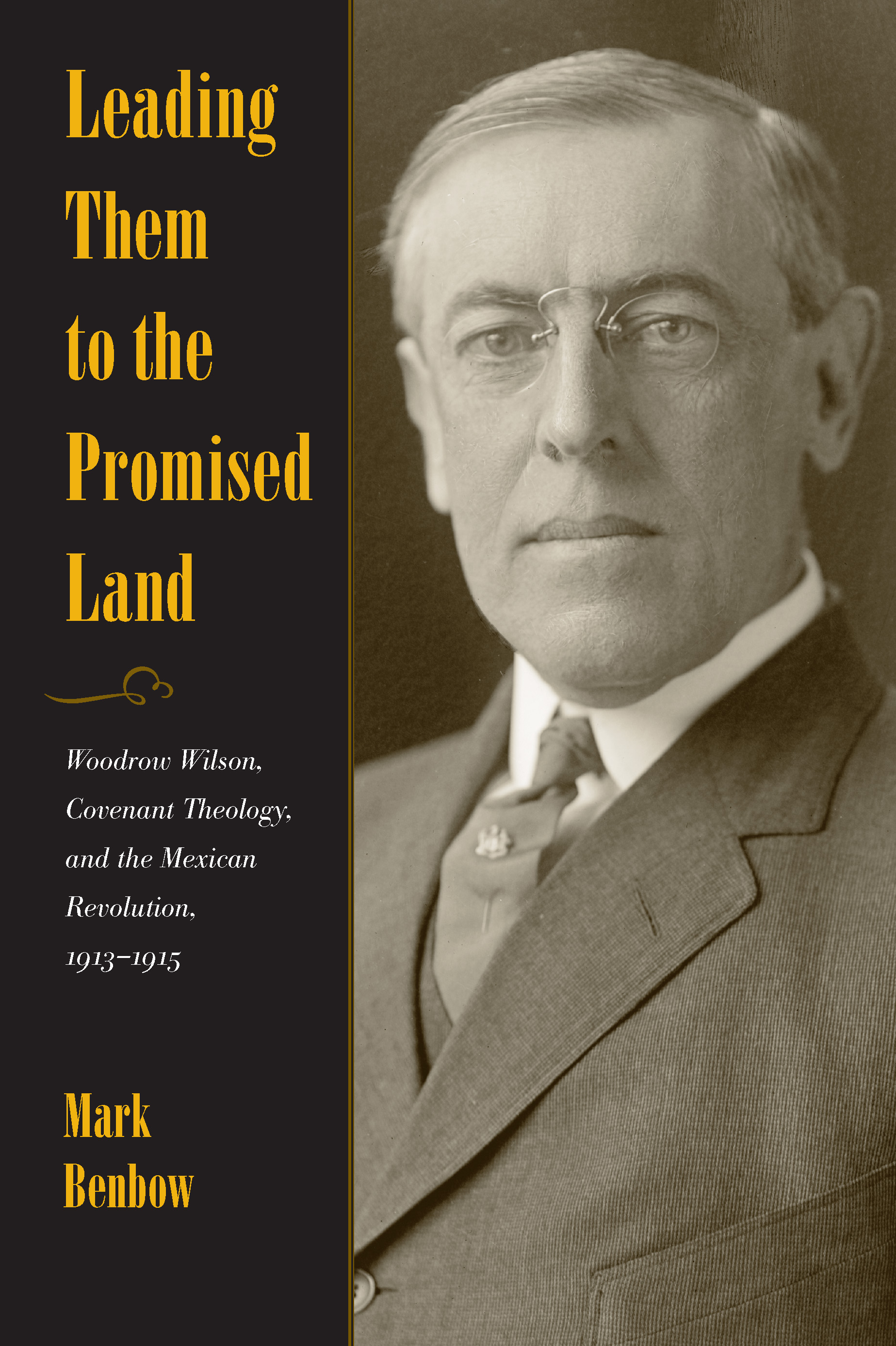 Leading Them to the Promised Land

“In Wilson’s view, America had a part to play as a divine instrument. To deny the United States an active role in the world was an attempt to deny God’s will.” —from the Introduction

The First Amendment of the United States Constitution mandates that government and religious institutions remain separate and independent of each other. Yet, the influence of religion on American leaders and their political decisions cannot be refuted. Leading Them to the Promised Land is the first book to look at how Presbyterian Covenant Theology affected U.S. president Woodrow Wilson’s foreign policy during the Mexican Revolution.

The son of a prominent southern minister, Wilson was a devout Presbyterian. Throughout his life he displayed a strong conviction that covenants, or formal promises made binding by an oath to God, should be the basis for human relationships, including those between government and public organizations. This belief is demonstrated in Wilson’s attempt to bring peaceful order to the world with the 1919 Covenant of the League of Nations.

Through careful investigation of Wilson’s writings and correspondence, along with other contemporary sources, author Mark Benbow shows how Wilson’s religious heritage shaped his worldview, including his assumption that nations should come together in a covenant to form a unitary whole like the United States. As a result, Wilson attempted to nurture a democratic state in revolutionary Mexico when rivals Venustiano Carranza and Pancho Villa threatened U.S. interests. His efforts demonstrate the difficulty a leader has in reconciling his personal religious beliefs with his nation’s needs.

Leading Them to the Promised Land adds to the growing body of scholarship in international history that examines the connections between religion and diplomacy. It will appeal to readers interested in the history of U.S. foreign relations and the influence of religion on international politics.

Mark Benbow teaches American history at Marymount University in Arlington, Virginia. Formerly he was resident historian at the Woodrow Wilson House in Washington, D.C. He earned his Ph.D. in American history from Ohio University.