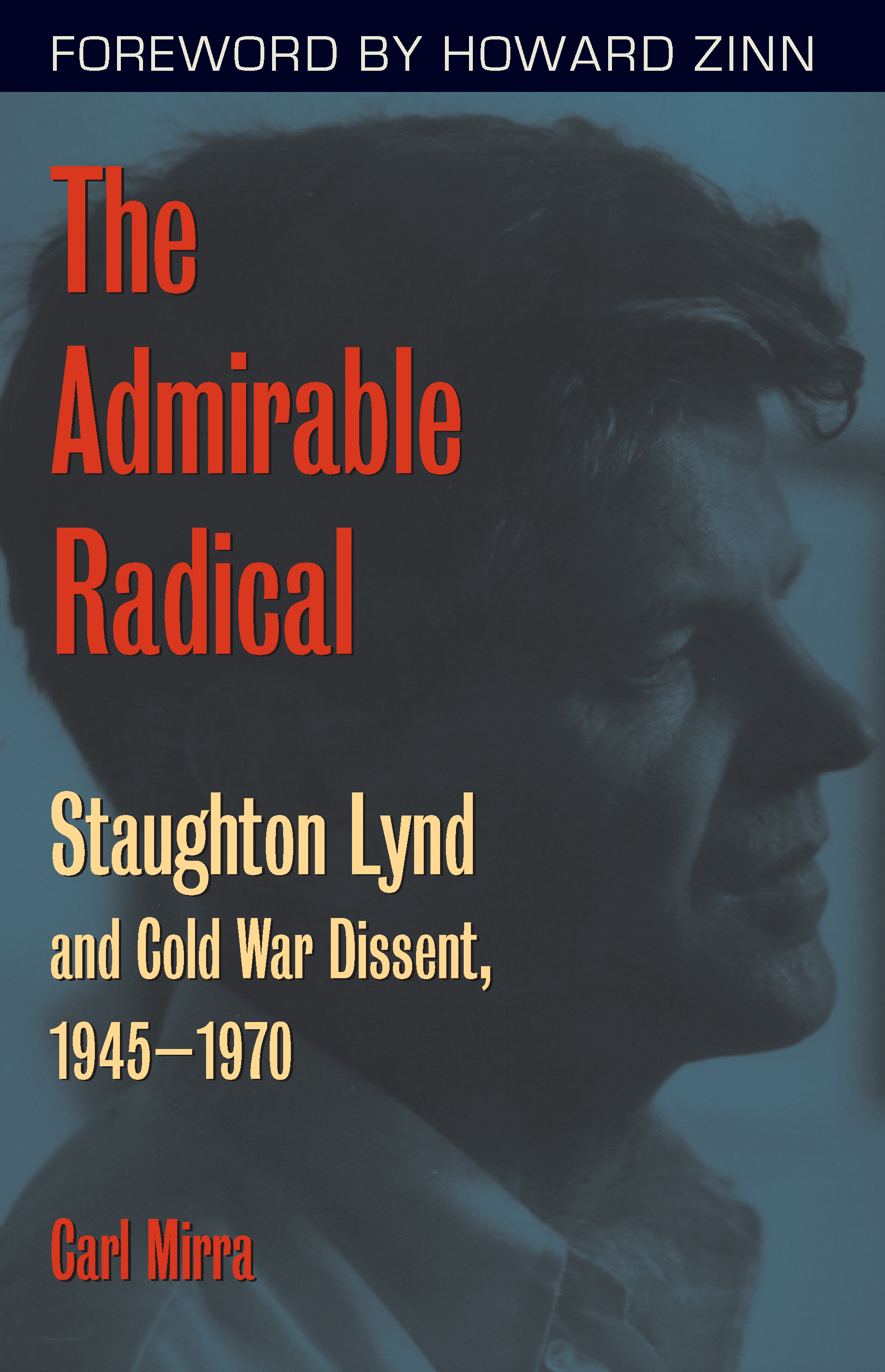 Son of famous sociologists Helen and Robert Lynd, Staughton Lynd was one of the most visible figures of the New Left, a social movement during the 1960s that emphasized participatory democracy. His tireless campaign for social justice prompted his former Spelman College student, Alice Walker, to remember him as “her courageous white teacher” who represented “activism at its most contagious because it was always linked to celebration and joy.”

In this first full-length study of Lynd’s activist career, author Carl Mirra charts the development of the New Left and traces Lynd’s journey into the southern civil rights and anti–Vietnam War movements during the 1960s. He details Lynd’s service as a coordinator of the Mississippi Freedom Schools, his famous and controversial peace mission to Hanoi with Tom Hayden, his turbulent academic career, and the legendary attempt by the Radical Historians’ Caucus within the American Historical Association to elect him AHA president. The book concludes with Lynd’s move in the 1970s to Niles, Ohio, where he assisted in the struggle to keep the steel mills open and where he works as a labor lawyer today.

The Admirable Radical is an important contribution to the study of social history and will interest both social and intellectual historians.

Carl Mirra is associate professor in the Ruth S. Ammon School of Education at Adelphi University. He is the author of Soldier and Citizens: An Oral History of Operation Iraqi Freedom from the Battlefield to the Pentagon.

The late Howard Zinn was a historian, activist, and the author of several books, including A People’s History of the United States and the memoir You Can’t Be Neutral on a Moving Train.