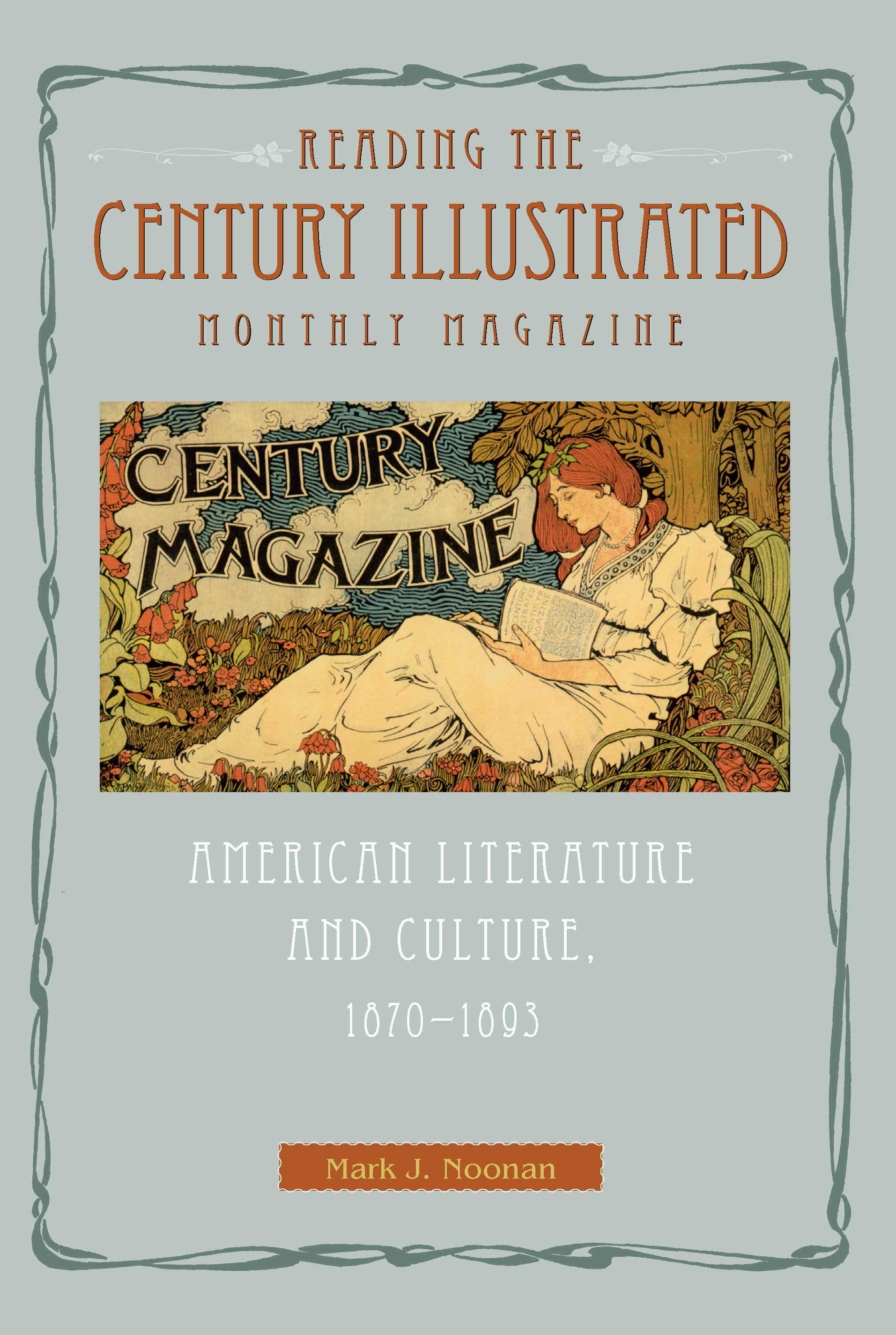 How a prominent magazine shaped nineteenth-century American literature and culture

During the 1870s, the organization and stewardship of American culture by the upper classes began to take hold on a mass scale, due in part to the founding of museums, municipal libraries, symphony halls, theaters, and public parks. In addition, periodicals such as Scribner’s Magazine, Harper’s Monthly Magazine, and The Atlantic Monthly became major players in shaping the country’s cultural ideals.

Founded in 1870, Scribner’s Monthly: An Illustrated Magazine for the People, which became The Century Illustrated Monthly Magazine in 1881, offered its predominantly upper-middle-class readership historical and biographical essays, serialized novels, scientific and technological updates, and discussions of contemporary events and issues, such as woman suffrage, Chinese immigration, labor strikes, and “the Negro problem.”

With a smooth narrative style, author Mark J. Noonan examines the worldview projected by Scribner’s-Century editors and how those editors, as white male Protestants, sought to slant issues according to their own value system. Of particular interest is Noonan’s exploration of the ways in which some periodical fiction disrupted the seemingly unified, genteel “voice” of the magazine by presenting regional dialects and inflections that appeared in stories outside the magazine’s preferred purview. Noonan discusses the large role women writers had in advancing American fiction, addresses the changing character of the magazine as it shifted focus from regionalism to high literary realism, reviews how Edward King’s ethnographic study The Great South, published alongside plantation myth fiction, helped create the post–Civil War South in the minds of Scribner’s- Century’s northern readership, and looks at how the magazine, by the mid-1890s, lost its dominance in the American cultural arena.

This fascinating book is a unique contribution to the emerging field of periodical studies and will pique the interest of literary and cultural historians and scholars.

Mark J. Noonan is associate professor of English at New York City College of Technology and adjunct lecturer at New York University. He also serves as executive editor of Columbia Journal of American Studies. His essays have appeared in American Literary Realism and in anthologies on Paul Laurence Dunbar, Nineteenth-Century American Women Writers, and the Literature of New York.