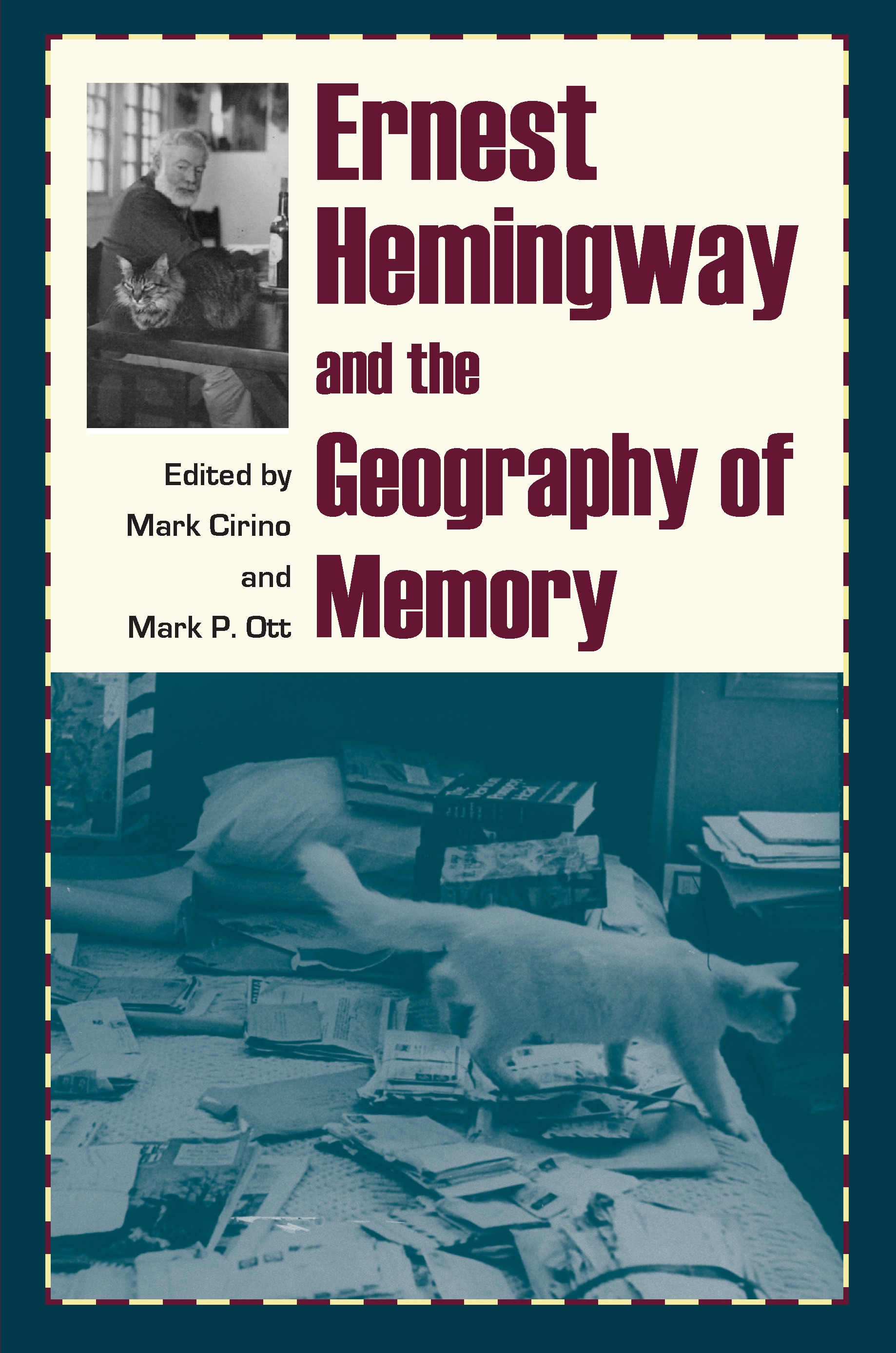 Ernest Hemingway and the Geography of Memory

Ernest Hemingway’s work reverberates with a blend of memory, geography, and lessons of life revealed through the trauma of experience. Michigan, Italy, Spain, Paris, Africa, and the Gulf Stream are some of the most distinctive settings in Hemingway’s short fiction, novels, articles, and correspondence. In his fiction, Hemingway revisited these sites, reimagining and transforming them. Travel was the engine of his creative life, as the recurrent contrast between spaces provided him with evidence of his emerging identity as a writer. The contributors to Ernest Hemingway and the Geography of Memory employ an intriguing range of approaches to Hemingway’s work, using the concept of memory as an interpretive tool to enhance understanding of Hemingway’s creative process. The essays are divided into four sections— Memory and Composition, Memory and Allusion, Memory and Place, and Memory and Truth—and examine The Garden of Eden, In Our Time, The Old Man and the Sea, Green Hills of Africa, Under Kilimanjaro, The Sun Also Rises, A Moveable Feast, A Farewell to Arms, and Death in the Afternoon, as well as several of Hemingway’s short stories. Ernest Hemingway and the Geography of Memory is a fascinating volume that will appeal to the Hemingway scholar as well as the general reader.

Mark Cirino is assistant professor of English at the University of Evansville. Mark P. Ott teaches at the Deerfield Academy in Massachusetts. He is the author of A Sea of Change: Ernest Hemingway and the Gulf Stream—A Contextual Biography (The Kent State University Press, 2008).