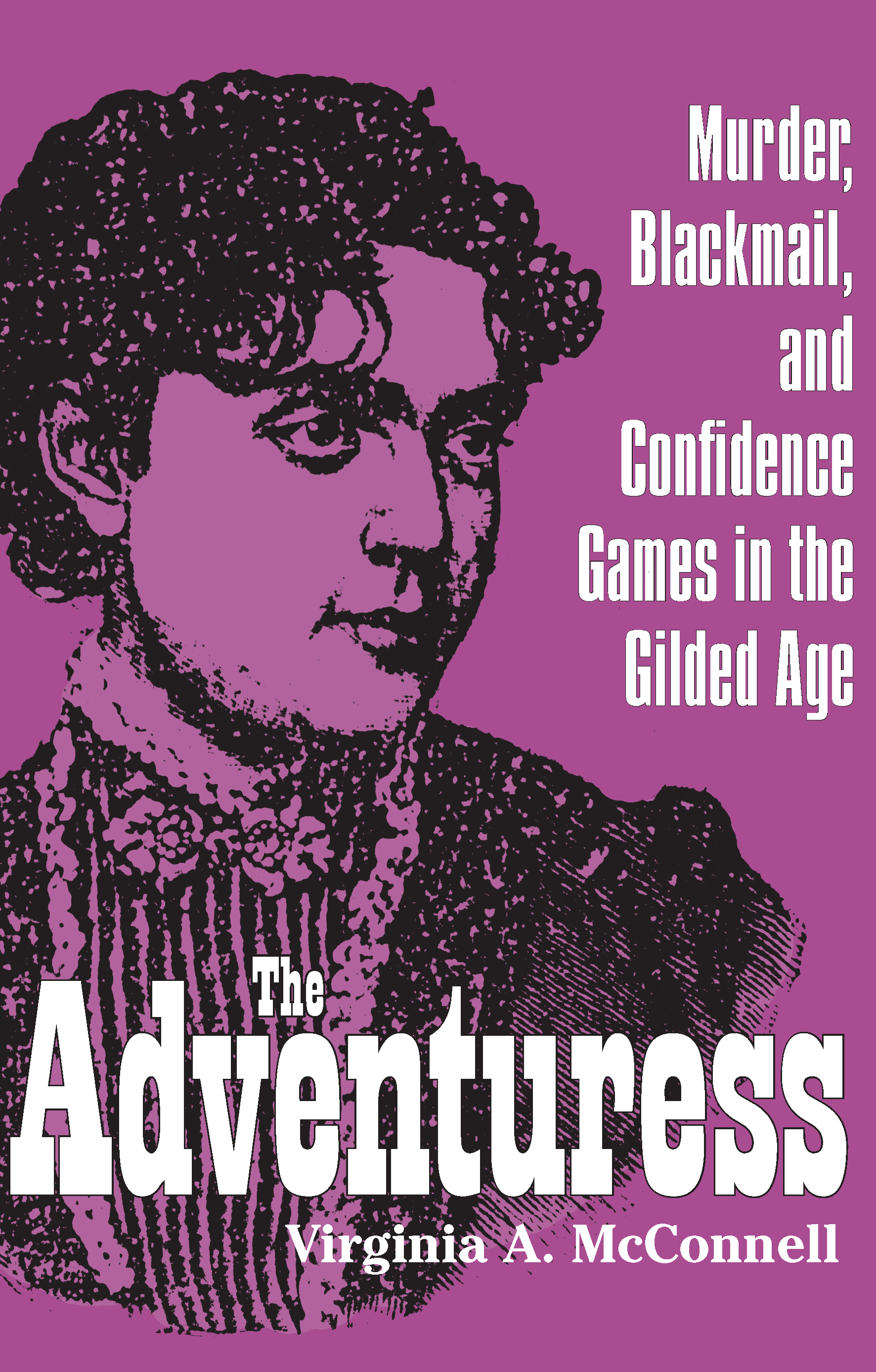 Murder, Blackmail, and Confidence Games in the Gilded Age

The engaging tale of a nineteenth-century black widow

Intrigue, deception, bribery, poison, murder—all play a central role in the story of Minnie Walkup, a young woman from New Orleans who began her life of crime when she was only sixteen years old.

Born in 1869 to Elizabeth and James Wallace, Minnie was a natural beauty and attended convent school where she learned social graces and how to play the piano. After the divorce of her parents, she was raised in multiple boardinghouses owned by her mother, and at one of them, met her first husband, James Reeves Walkup. At sixteen, she married Walkup, a forty-nine-year-old successful businessman and acting mayor of Emporia, Kansas. One month later, Walkup died from arsenic poisoning and his young wife was accused of murdering him. Her trial became one of the most sensational cases in Kansas history and was covered by reporters across the nation.

The Adventuress details Minnie Walkup’s remarkable life and criminal activities. Using newspaper articles, census and probate records, and descendants’ reports, true crime writer Virginia A. McConnell depicts a captivating story that is full of scandal, gossip, theft, and murder and that includes events taking place across the South and Midwest. McConnell reveals a fascinating cast of characters revolving around Minnie Walkup, including a former Louisiana governor and senator, a prominent Ohio banking family, the partner of a famous railway tycoon, and a sleazy district court judge from New Orleans. The Adventuress offers a Gilded Age soap opera that seems too far-fetched to be what it is—true.

A substantial contribution to crime history, The Adventuress is a welcome addition to any true crime reader’s collection.

Virginia A. McConnell is an acclaimed writer of historical true crime books, including Arsenic Under the Elms: Murder in Victorian New Haven, Sympathy for the Devil: The Emmanuel Baptist Murders of Old San Francisco, and Fatal Fortune: The Death of Chicago’s Millionaire Orphan. She currently serves as an English instructor at Walla Walla Community College-Clarkston Campus in the state of Washington.