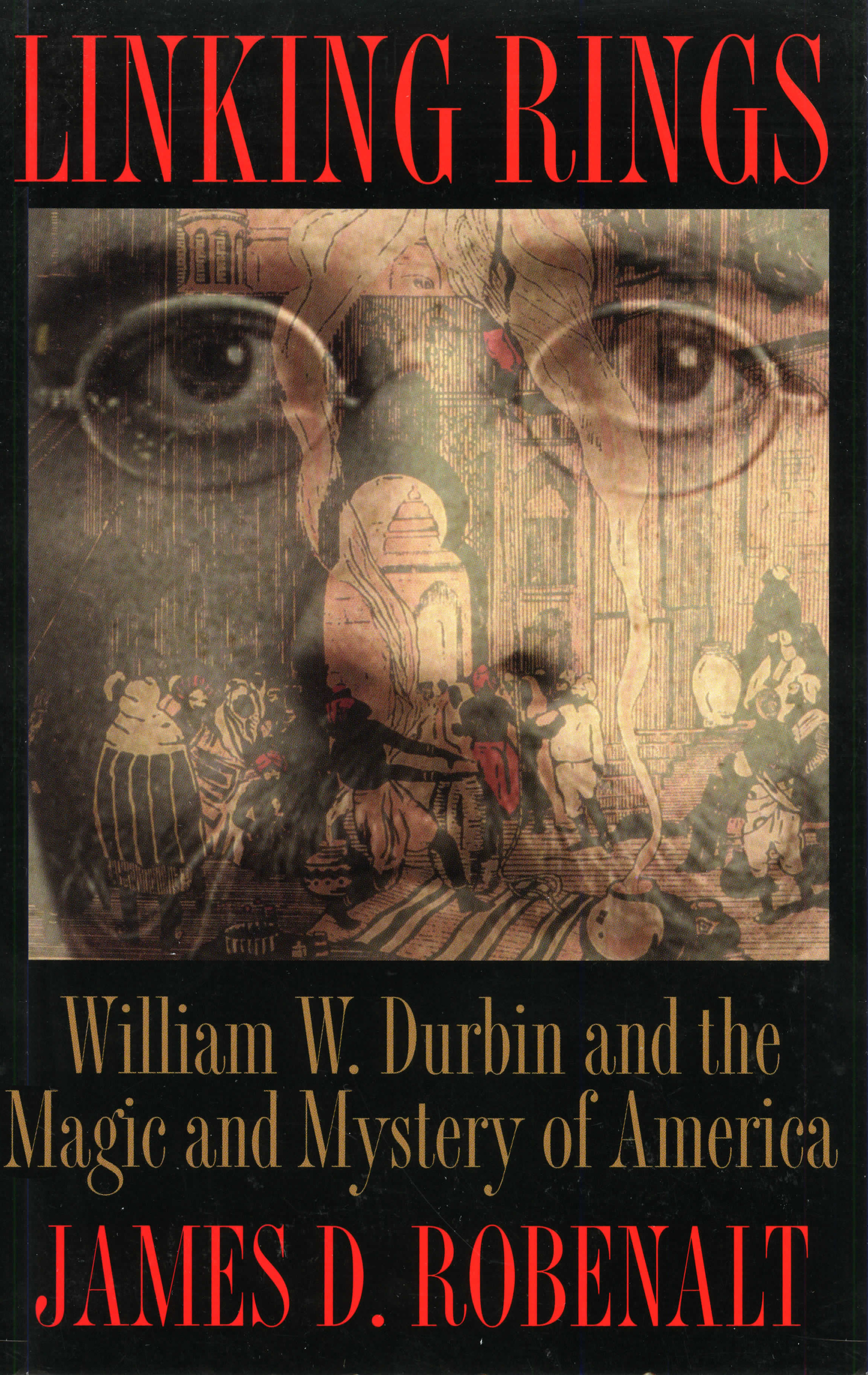 William W. Durbin and the Magic and Mystery of America

“So how to tell of the life of a magician whose vocation was politics? A simple biography was out of the question. All of the hard research led to an idea. Why not travel back in time for one night to meet the old wizard himself in a car ride that actually did take place at the end of his life? Once there, he could tell his story directly to one of his descendants—a transference of family memories that just may have had national significance. Surely a magician could accomplish such a meeting.” —from the Preface

David Copperfield had this to say about Linking Rings.

William W. Durbin, businessman, political activist, and professional magician, was a major figure in Ohio politics during the first half of the twentieth century, serving as the powerful head of the Ohio Democratic Party and as a senior official in the U.S. Treasury under Franklin D. Roosevelt. Durbin’s story is that of a political maverick who knew how to manipulate behind-the-scenes activities, especially in Ohio’s political arena. He was instrumental in William Jennings Bryan’s near-defeat of William McKinley in Ohio, and two decades later he helped Woodrow Wilson reach the White House.

Although Durbin’s vocation was politics, his passion was magic. One of the nation’s premier magicians, who performed on stage as “The Past Master of the Black Art,” he was the first elected president of the International Brotherhood of Magicians, a professional organization that has grown since its first convention in Kenton, Ohio, in 1926 to number more than 15,000 members today.

Imaginatively told and thoroughly researched, Linking Rings is an engaging biography narrated by James D. Robenalt, Durbin’s great-grandson, who places himself with Durbin in a long car ride back to Ohio from Washington, D.C., in February 1937.

Fans of magic and those interested in political history will find Linking Rings an engrossing read.

James D. Robenalt received his J.D. from the Ohio State University School of Law and is a partner in a major law firm in Cleveland, Ohio. He began his research for this book after his mother’s death in 1990.