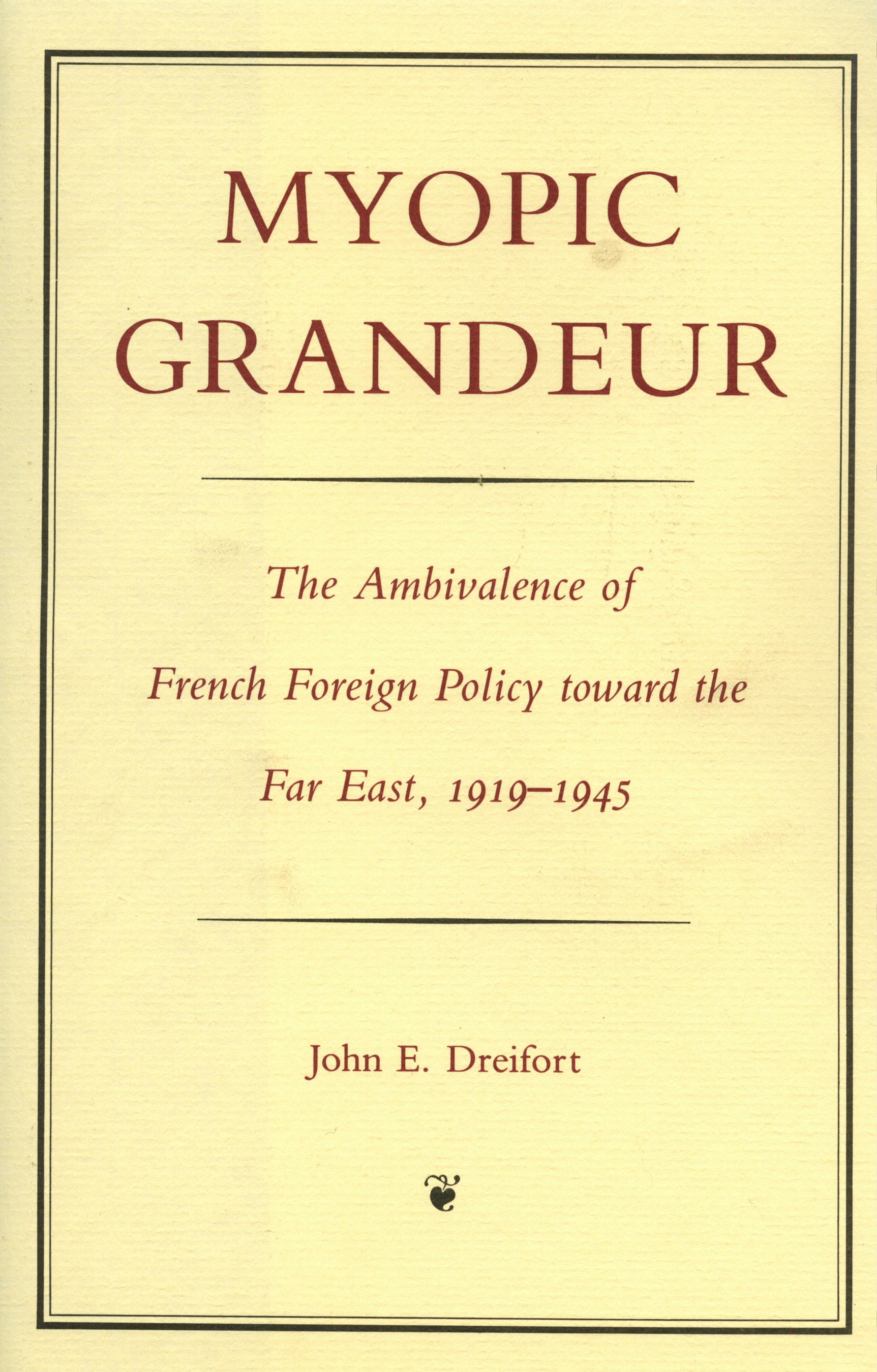 The Ambivalence of French Foreign Policy Toward the Far East, 1919-1945

France’s effort to maintain its presence as a great world power is the subject of Myopic Grandeur, the first major study of French foreign policy initiatives in the Far East from World War I until the conclusion of World War II. France emerged from World War I as the dominant power in Europe and one of the great imperial powers of the world, yet policymakers there faced a dramatic disparity between its great power aspirations and decreasing resources. The challenges presented by German, Italian, and Japanese expansion caused France to resort to diplomatic maneuvering to defend its substantial interests in the Far East and salvage its status as a major player in the region. In their attempt to reduce growing tensions in the Far East, French policymakers vainly sought support from potential allies: the isolationist United States was unconvinced of a Japanese threat, and Britain’s frequently contradictory actions and vacillating policies further complicated the situation. Despite French initiatives, the handling of the Far Eastern situation prior to World War II was characterized by a lack of coordination and missed opportunities.

Based upon extensive multi-archival research, John Dreifort provides clear evidence that France was not as pro-appeasement toward the Japanese as conventionally thought, and that French policymakers frequently had clearer insight into the dangers and opportunities which exited in the Far East than did statesmen of other major Western powers in the area.