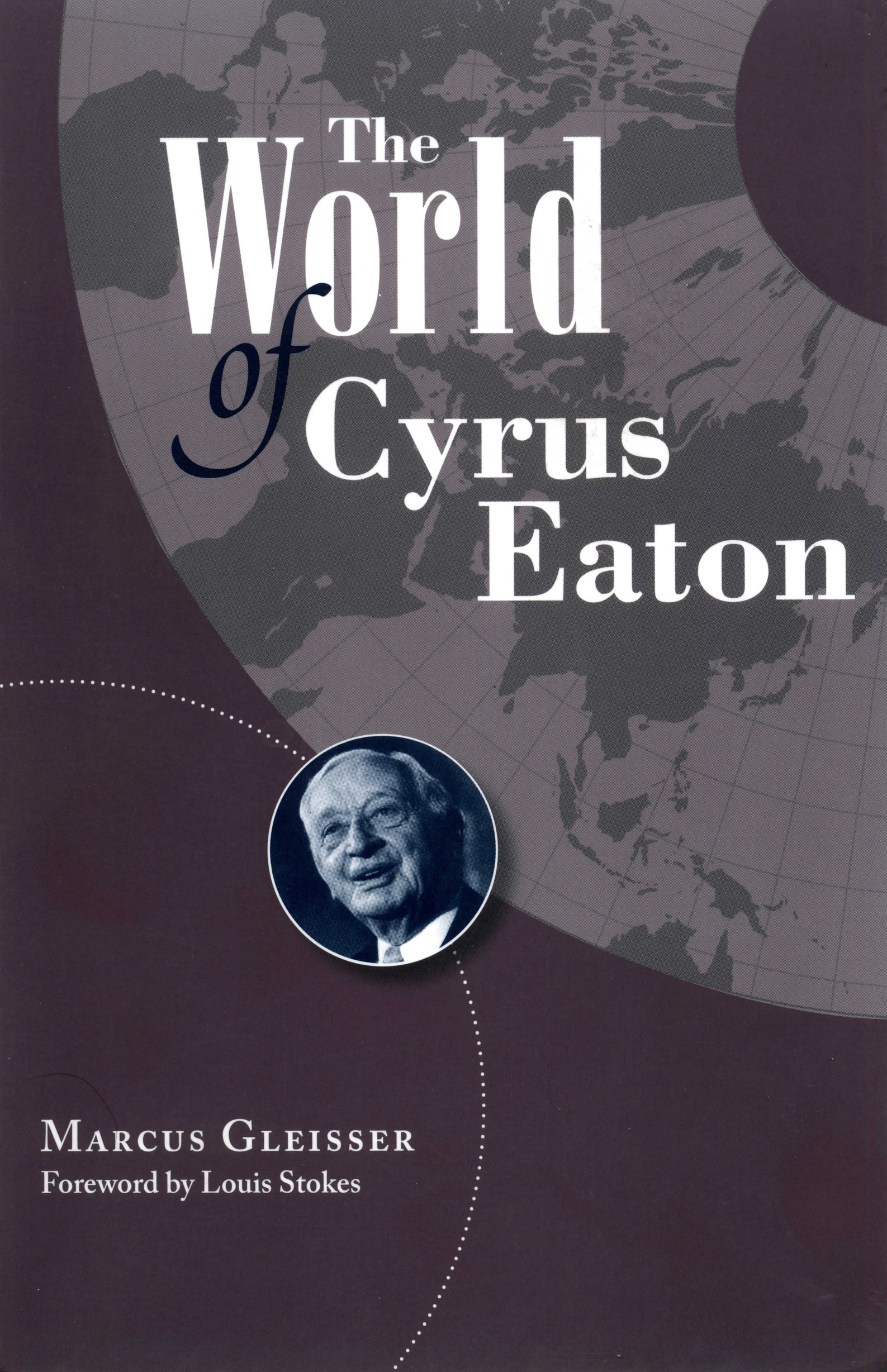 The World of Cyrus Eaton

An updated edition of the 1965 biography

Cyrus S. Eaton was born on December 27, 1883, in the quiet Nova Scotian village of Pugwash. He often visited Cleveland, Ohio, spending summer vacations from college with his uncle and was employed in 1905 by his first teacher, John D. Rockefeller Sr., as a clerk and troubleshooter for the East Ohio Gas company, one of the Midwest’s major utilities in which Rockefeller had an interest. Eaton became a U.S. citizen in 1913 and passed away at age ninety-five on May 9, 1979.

An unpredictable financier and industrialist, Cyrus Eaton invested widely, earned millions, lost it all during the Depression, and then regained his fortune after World War II. He earned a reputation as a “steel-tough man of finance” and was the target of abuse from those who claimed his manipulations had caused them financial damage. Marcus Gleisser’s updated biography of Eaton brings into focus many events in the life of this controversial figure: his strong support of labor; his friendships with John L. Lewis, Fidel Castro, Nikita Khrushchev, and other leaders of the former USSR; and his interest and participation in the American political arena, especially his campaign for peace that culminated in the Nobel Prize–winning Pugwash Conference.

The World of Cyrus Eaton addresses the man and the part he played in some of the controversial events and issues of the twentieth century. It includes a new Foreword, Preface, and final chapter.

Marcus Gleisser is retired from the Cleveland Plain Dealer, where he won the National Headliner Award and the Journal Advocate Award. He earned a B.A. in journalism and an M.A. in economics from Western Reserve University and a J.D. from Cleveland Marshall Law School. He still lives in the Cleveland area. Louis Stokes served the Cleveland area in the U.S. House of Representatives from 1969 to 1999. Retired from Congress, he is senior counsel at Squire, Sanders, and Dempsey in Washington, D.C., and a visiting scholar at Case Western Reserve University in Cleveland.