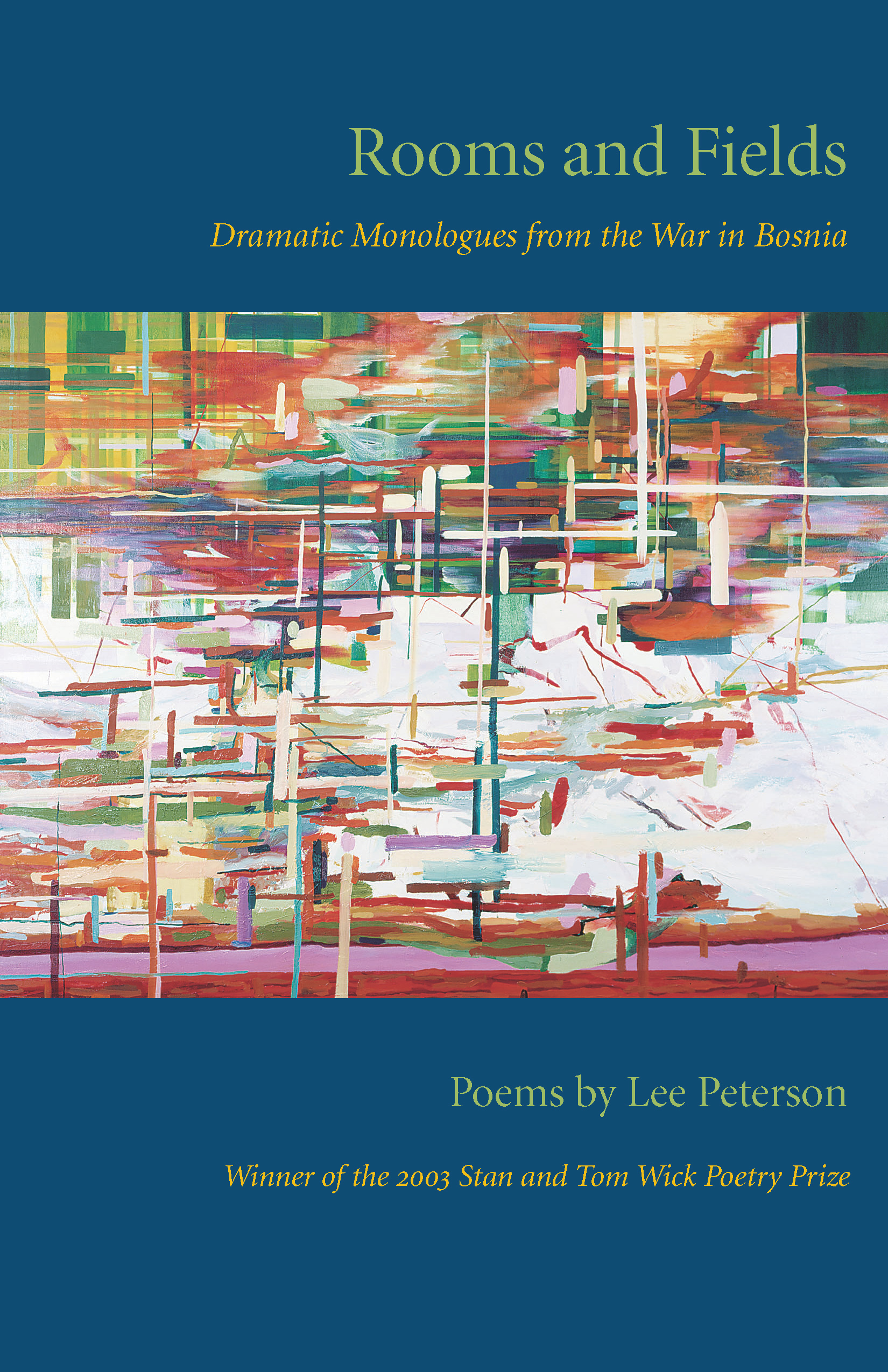 Dramatic Monologues from the War in Bosnia

Winner of the 2003 Stan and Tom Wick Poetry Prize

“These poems are full of surprises: the gods talk; ancient authors talk; the dictionary talks; very memorably, the bridge over the Drina River, roughly between Bosnia and Serbia, speaks two haunting poems. The dead talk, wolves talk, a teacher talks, with a chorus. Sometimes I like to imagine this long poem being staged. What the music would be! Who would do the sets! What languages . . .
Lee Peterson’s Rooms and Fields: Dramatic Monologues from the War in Bosnia doesn’t have a single wasted breath; its sense of necessity never lets up; I always feel that the people and animals and landscapes being written about are being honored. The work is compassionate and single-mindedly alive to its high purpose. What a rare thing it is to find the meeting of historical, political, and poetic wisdom.”
—Jean Valentine, Judge

Rooms and Fields is history not simply documented and explored but also deeply felt. A poetic inquiry, its concerns are uniquely and fundamentally intimate. Compassion drives this collection of spare and gracious poems.

Lee Peterson is currently instructor of English at Penn State, Altoona, where she previously held the position of emerging writer-in-residence. She was also instructor of English as a second language at Manhattanville College. Peterson received an M.F.A from Sarah Lawrence College and a B.A. from Oberlin College. Her poetry has been published in North American Review, Runes: A Review of Poetry, Nimrod: International Journal of Prose and Poetry, and The Seattle Review. She lives in Hollidaysburg, Pennsylvania.