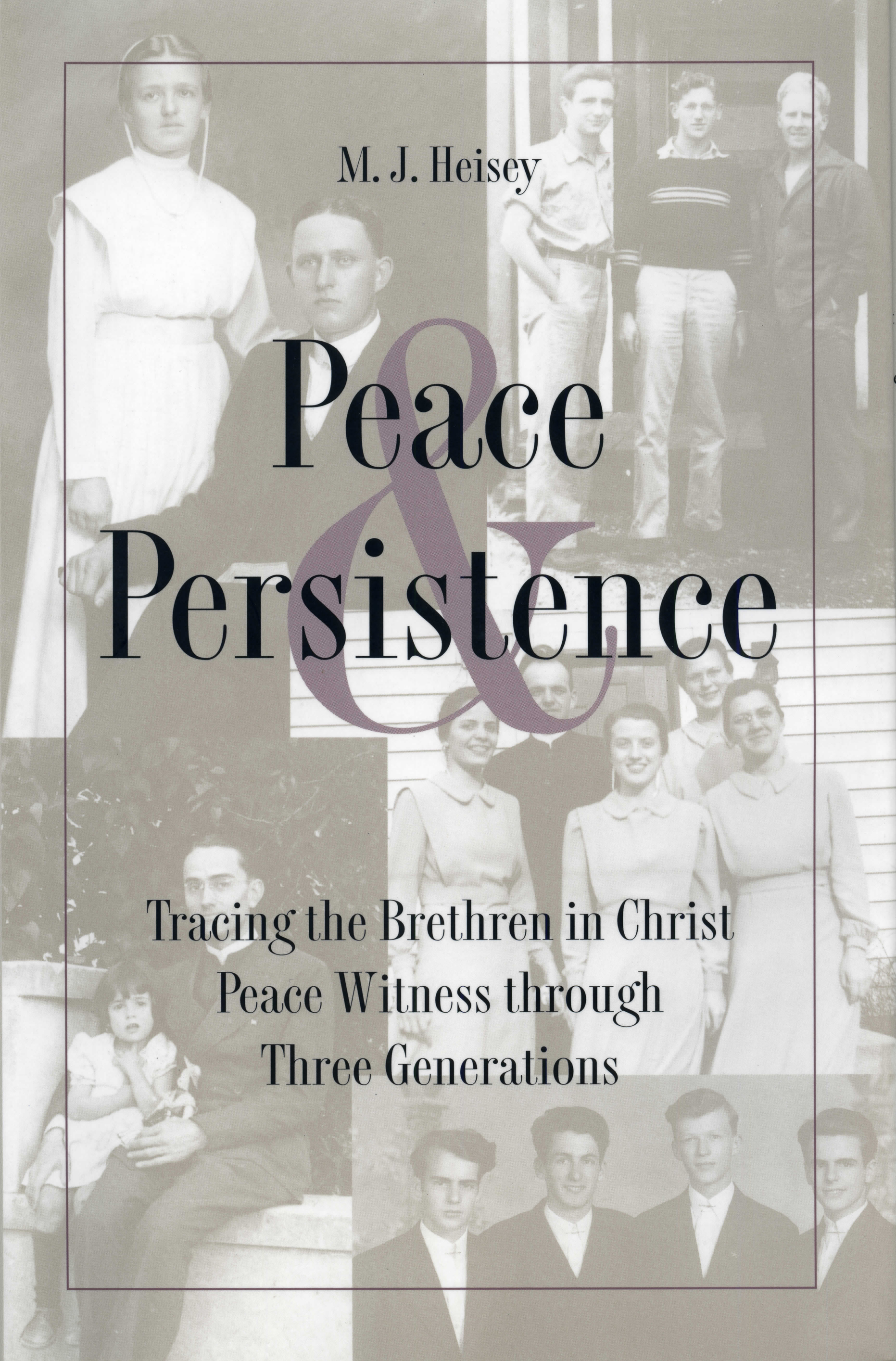 Tracing the Brethren in Christ Peace Witness Through Three Generations

In the first half of the 20th century, American society mobilized for the three great wars: World War I, World War II, and the Cold War. During this tumultuous period the Brethren in Christ joined other pacifists in opposing participation in the mobilizations. Like the Amish, Mennonites, and Church of the Brethren—other groups descended from sixteenth-century European Anabaptists—the Brethren in Christ held nonresistant pacifism as a fundamental aspect of their identity. They carried out their peace witness, however, not as an isolated community but as one integrated economically, technologically, and culturally into American society.

Peace and Persistence presents a wealth of material about this small, little-know religious group.